This month we kicked off the 2021… well “2020” Olympics. Aaaand, I realized I haven’t covered it at all here on the FFFW. Now, we all know that the Wrap is all about celebration and games, and that’s exactly what the Olympics are all about. That being said, there are several things that should be in the Olympics that are not. The list is endless, but here’s the short version.

Did you hear the news? Canadian Embalmers can now show tattoos. There’s a whole article about it right here. So, even though this is our unofficial Olympic special and being an American, I’m not supposed to cheer for Canada, I’m going to give them a round-of-applause right now. And, to swallow my pride, I’ve created a list of other cool things Canada has done.

1) Dam. Yeah, they have the record for the world’s longest beaver dam. Impressive.

3) They gathered the most people together to wolf howl.

Now, I grew up reading Guinness World Record books, and I’m fascinated by people making and breaking records. So, we have a big convention called NFDA coming up. I see no reason why we can’t all band together and set a few of our own. Check-in next week for some ideas on the subject. But, if you’re affiliated with NFDA, reach out to us at CD, and let’s see if there’s anything we can make happen. 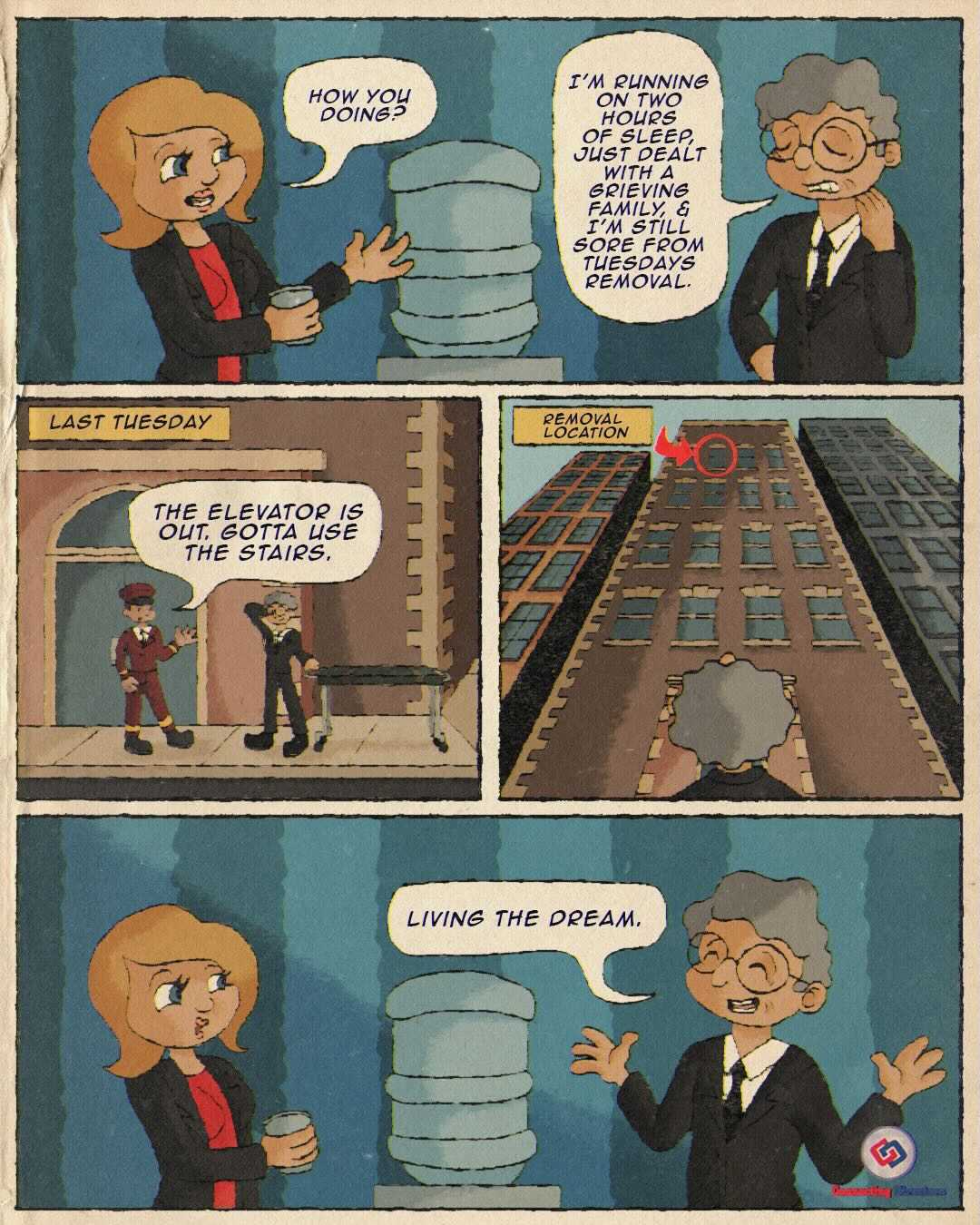