Y’all, this month flew by. The fact that next Friday we’ll be in March is very exciting for me! Why? Well, I believe that in a perfect world it’s with late spring, winter, or early fall ALL THE TIME. So, moving to March means we’re one month closer to the best weather and seasons. Let’s crush these last few days of February and set ourselves up for a great end to Q1!

Which president is known for advancing the world of embalming?

Click here to learn more! Watch this whole GIF for a satisfying ending!

TURN ME TO DIRT

Recompose, a ground-breaking “human composting” funeral home is officially open to the public. Basically, from what I can tell, this funeral home takes bodies and turns them in a barrel with some additives for about a month until the body has been turned into “compost” or what I think of as dirt. You can read more about it here!

Personally, I love this stuff. I’ve told my friends and family that I want to have a natural burial after I write my last FFFW. After hearing stories like this, I always think, “what options will we have in 50 years?” If we can compost Mr. Dirk into a pile of dirt in 2021, what other methods of disposal will we have in 2071? Based upon almost nothing more than my imagination I created (you guessed it) a little list.

THINGS THAT MAY OR MAY NOT EXIST IN 2071 TO DISPOSE OF HUMAN REMAINS THAT MIGHT SEEM CRAZY RIGHT NOW BUT THAT’S BECAUSE IT’S 2021 AND NOT 2071 AND I KNOW THIS IS A LONG TITLE BUT I THINK IT ADDS COMEDIC IMPACT ESPECIALLY IF YOU PICTURE THIS WHOLE THING SANG LIKE AN INTRO FOR A BIT ON A LATE NIGHT SHOW.

“Hey dad, what’s the weather going to be today?”

“Hey honey, the weather will be rainy with a temperature of 55 degrees, please wear a coat.”

I don’t know, it doesn’t seem too far off. 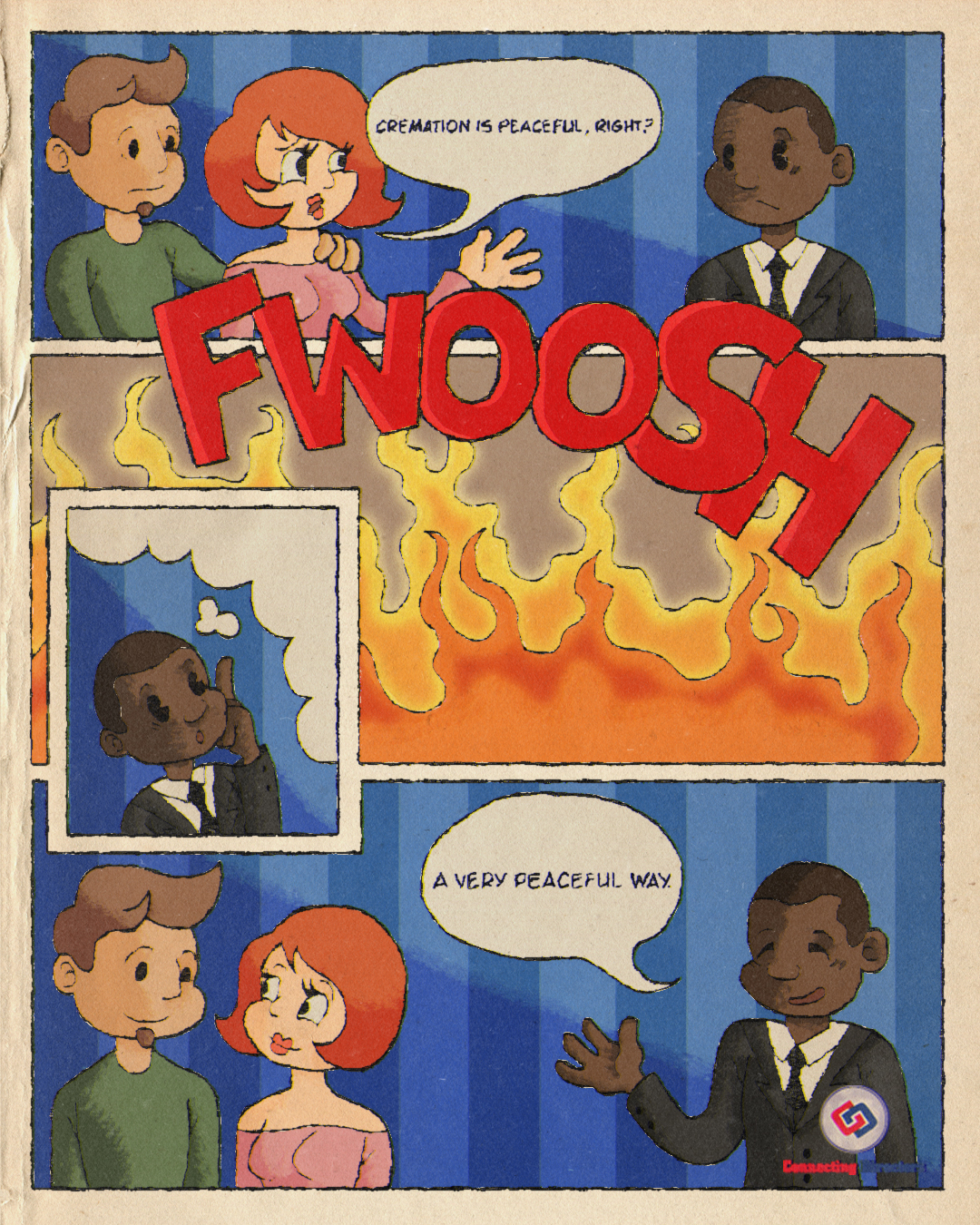