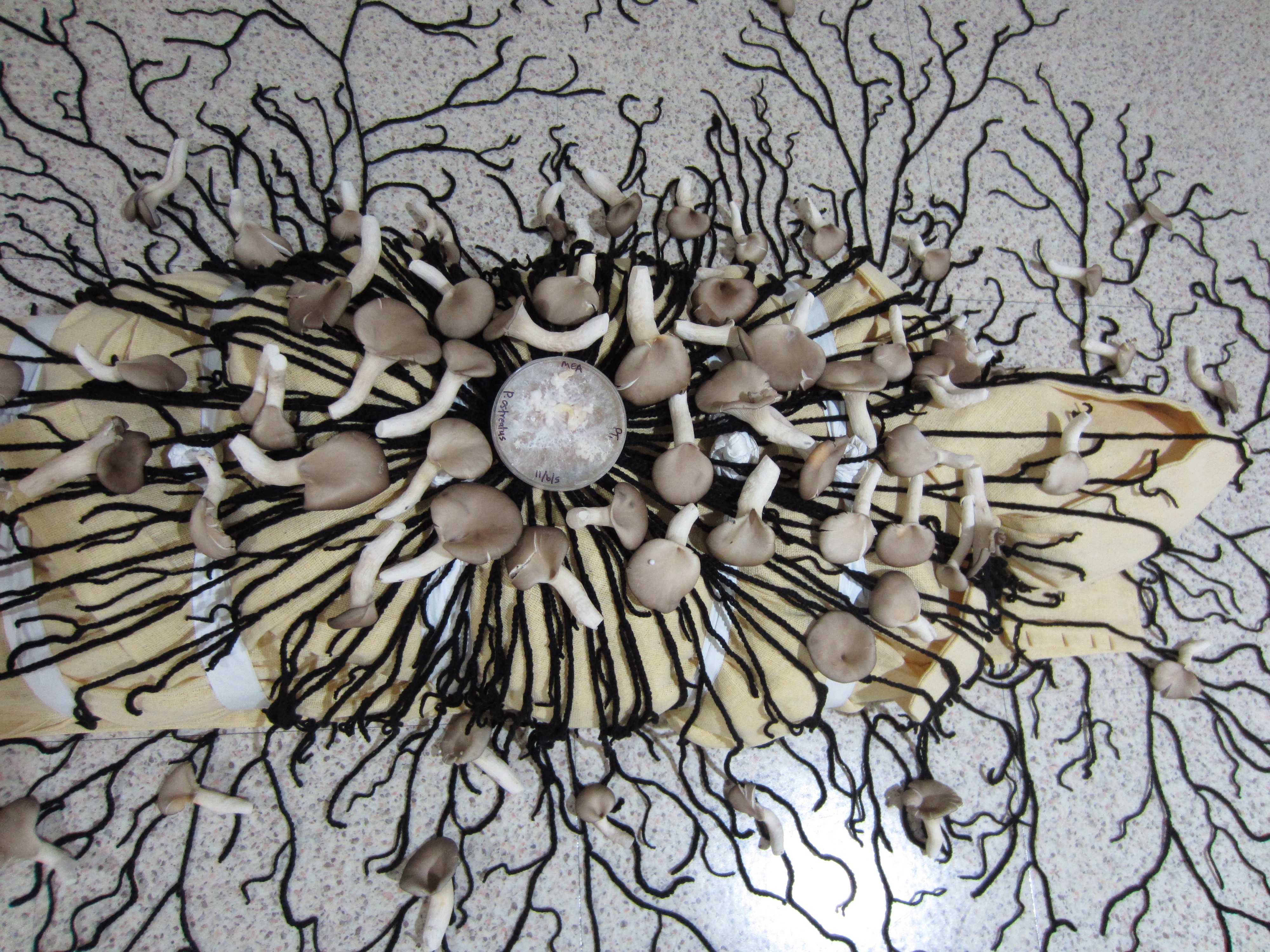 You may remember the “mushroom burial suit,” the alternative-burial product that promises a gentle return to the earth as your body becomes compost and nourishes a thriving colony of fungi. Sold as an eco-friendly burial option, the Infinity Burial Suit claimed to cleanse the body of toxins, return nutrients to the soil, and support plant growth around the body. Now critics question the accuracy of the suit’s claims.

The Infinity Suit took the green burial world by storm in 2011. A TED talk by suit co-creator and artist Jae Rhim Lee went viral with over a million online views. Lee presented a compelling case that our modern, chemical-laden bodies need extra detox before burial. Her suit claims to go beyond natural burial to actually remove and neutralize toxins from the body.

The hype reached a peak when news broke that 90210 star Luke Perry had chosen the mushroom suit as his preferred burial option before his sudden death in early 2019. In a highly publicized Instagram post, the actor’s daughter called the suit “genius.”

The suit relies on a “biomix of mushroom mycelium and other micro-organisms” to speed decomposition, neutralize toxins, and return the body to nature. Most notably, it’s use of mushrooms imagery implied that a colony of fungi will grow out of the shrouded corpse.

As an art project meant to promote a “radical acceptance of death” with a compelling visual symbol of our return to the soil, the Infinity Suit clearly strikes a chord. Its arresting symbolism can doubtlessly inspire difficult conversations. Ultimately, though, the product doesn’t live up to its claims as a practical burial option. It turns out the purported benefits of the Infinity Suit differ little from the regular decomposition of an unembalmed body.

Dr. Billy Campbell, co-founder of the first conservation burial ground in the United States, addresses the mushroom suit in a blog post. He explains that organisms like soil bacteria, insects, and nematodes all take part in decomposition much earlier than fungi do. To him, the complex biology of decomposition and mushroom ecology makes it difficult to design a better system than nature already has.

While our modern bodies contain sometimes alarming levels of heavy metals and toxins, these amounts prove inconsequential to surrounding soil. Contamination can take place when toxic sludge or pesticides get dumped in the same location repeatedly. However, there’s little danger of any substantial pollution from buried human remains.

“Faster decomposition means that carbon leaves the body and returns to the atmosphere as CO2 more quickly … nutrients such as nitrogen are released more rapidly. What if they are released at a speed faster than surrounding plants can actually take them up? Then they make their way into waterways and cause algae blooms just as fertilizer pollution does.”

Critics also argue it falls into the same trap as the traditional funeral industry. They believe Infinity is selling “a solution to an invented problem” that has simpler, cheaper (if less visually striking) answers. In a piece for AlterNet, authors Sarah and Tim Crews call the suit’s claims “wildly misleading.” They also accuse the budding “green burial” industry of manipulating customers to buy unnecessary products.

As with any trend, the popularity of “green burial” will bring out products of varying quality. It’s inevitable as eager entrepreneurs mine a lucrative new market. As a generation of eco-conscious baby boomers ages and young people embrace “death positivity,” interest in alternative burial options will continue to grow.

In an industry not overly familiar with change, the public demand for alternative burial and memorial options has left providers scrambling to provide their customers with new choices. In 2019, the Green Burial Council recognized 72 cemeteries certified for natural burial, up from only 36 in 2012. Hundreds of cemeteries and funeral homes already offer a variety of environmentally friendly options. These include wicker caskets, shrouds, and eco-friendly urns.

Let the earth do the work

Creative, personalized memorials and innovative burial techniques can help us make peace with dying. They also can help us develop modern mourning rituals, and reduce the carbon footprint of burial. At its core, natural burial is simple and economical. The key is to keep humans out of the way (when they, for example, wan to enclose a grave in a concrete vault). The earth’s self-regulating mechanisms can do quick work of decomposition, needing no specialized equipment.

Supporters of the green burial movement value simplicity, affordability, and sustainability. Therefore, they must turn a critical eye to the upsurge of commercial interests like the Infinity Suit. These threaten to undermine their ethics and co-opt the movement with misleading claims.