Luke Perry was buried in an environmentally friendly “mushroom suit.” 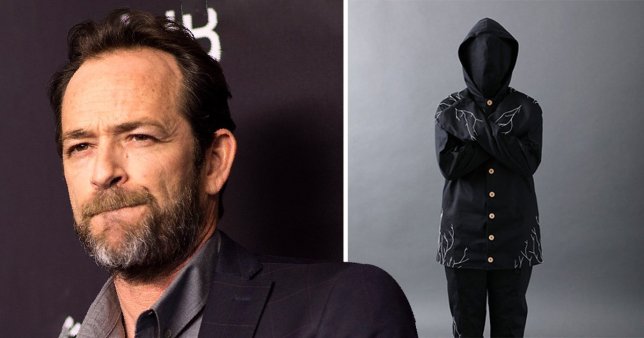 Luke Perry was buried in an environmentally friendly “mushroom suit.”

In a high-profile nod to the burgeoning “green burial” movement, actor Luke Perry was buried in an environmentally friendly “mushroom suit.” The Infinity Suit, essentially a full-body shroud, is made with biodegradable materials and laced with microorganisms that speed up decomposition and help return nutrients to the soil.

Perry, who became famous for his role on Beverly Hills 90210, was an avid environmentalist. After learning about the Infinity Suit, he “was more excited by this than I have ever seen him,” said daughter Sophie Perry. He quickly made the Infinity Suit part of his final plans. In a moving Instagram post, Sophie talked about her dad’s love of nature and her newfound appreciation for mushrooms, now a potent reminder of her late father.

Coeio, the company producing the suit, takes the concept of an eco-friendly, biodegradable shroud above and beyond. Even without traditional embalming chemicals, the average human body living in today’s industrialized world contains a significant amount of toxins at death. According to creator Jae Rhim Lee, unlike plain linen or cotton shrouds, the Infinity Suit actively cleanses toxins from the body, returning purer nutrients to the earth. Lee experimented with a variety of mushrooms to find the species that most effectively speeds up decomposition and metabolizes toxins before settling on the right mix of mushroom spores and other microorganisms for the suit. In addition to eliminating the harmful chemicals involved in traditional embalming, Coeio claims that the suit can “enrich the earth and foster new life.” 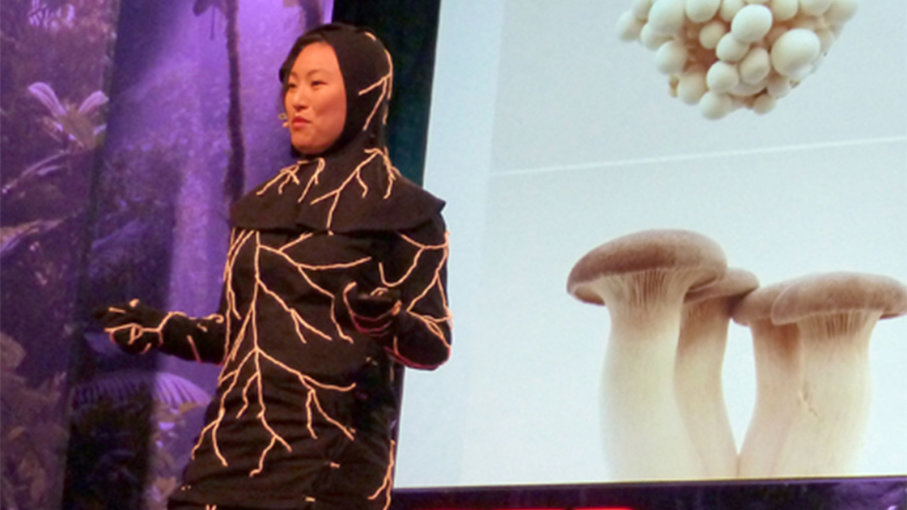 Aside from the practical benefits of the suit, Lee also sees it as “a symbol of a new way of thinking about death” and the relationship between human bodies and nature. We consume the earth’s resources in life, so why not let the earth consume us and replenish itself in death?

The Infinity Suit is just one part of a growing movement to reduce the use of chemicals and non-biodegradable materials in burial and return to a more natural death. Instead of chemical embalming, steel caskets, and concrete vaults, many consumers are looking to gentler alternatives such as linen shrouds and wicker caskets. Cemeteries around the country have started setting aside “natural burial” sections, and some natural burial parks, like Florida’s Prairie Creek Conservation Cemetery, double as nature preserves, conserving the land in perpetuity. As space in traditional cemeteries becomes scarce and real estate pressures push cemeteries out of cities, innovative techniques will be required to create more efficient yet meaningful burial practices.

Despite the recent hype around eco-friendly burial services and products, what we now call “natural burial” is nothing new, and many cemeteries already provide services such as vault-free burial for a variety of religious and cultural reasons. Environmentally conscious consumers are just the latest group to adopt natural burial practices as part of their efforts to reduce their impact on the earth.