Picture it. It’s a beautiful spring day. Blue skies overhead, lush green grass under your feet, and the scent of fresh flowers perfumes the air. You spread a quilt upon the ground and proceed to unpack all your overflowing picnic basket. You smile as you see your kids frolicking about with their relatives.

Except your relatives are dead, and your kids are climbing on their gravestones. You’re having a picnic in a cemetery.

A brief history of cemetery picnics

One hundred or so years ago, this scenario would have seemed perfectly normal. Beginning in the late 1800s, cemeteries were prime picnic spots. Remember, in the aftermath of the bloody Civil War and in an age of cholera and yellow fever, cities created large new cemeteries to accommodate the dead. Family farms or sacred churchyards were no longer the only spots for burial grounds. These new-age cemeteries looked and functioned more like public parks than stark, spooky graveyards. They featured professional landscaping, winding paths, ponds, and pavilions. 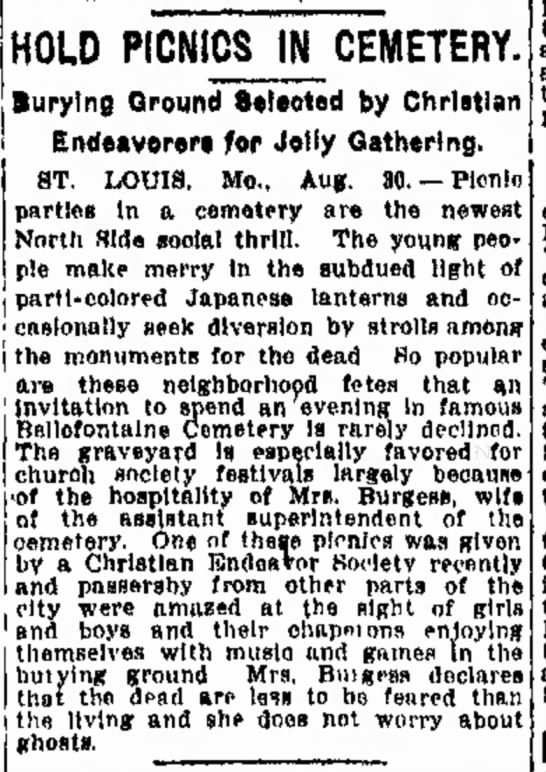 Some families simply wanted to continue their traditions of enjoying a meal with the family despite some of those attendees being deceased. A January 1885 article in the Fort Scott (Kansas) Daily Tribune describes a family’s Thanksgiving celebration in the cemetery. “We are going to keep Thanksgivin’ with our father as was live and hearty this day last year,” a son tells the carriage driver in the story, “and we’ve brought somethin’ to eat and a spirit-lamp to boil coffee.”

The end of an era…maybe

As more public parks became more prolific and the death rate began to decline in the early 20th century, cemetery picnics lost their appeal. Cemetery officials were also tiring of cleaning up after visitors who left food, bottles, and other debris behind on the graves of their loved ones. National cemeteries had forbidden food and drink in 1875, and public cemeteries finally started to follow suit. Alas, the “fad” of cemetery picnics died much like their silent, supine hosts.

Interestingly, however, Americans have begun to revive the cemetery picnic tradition. In 2008, Elmwood Cemetery in Kansas City, Missouri started its annual Elmwood Family Picnic. Local organizations and small businesses donate time, food, and supplies each year for the event, which draws hundreds of people from across the country. 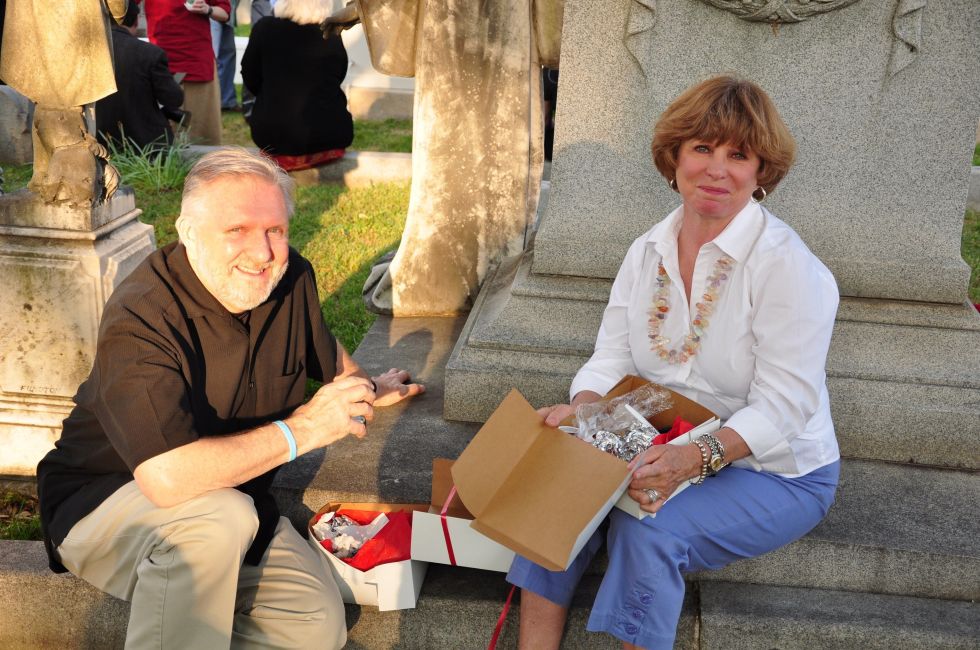 The second coming of cemetery picnics

Is this an indication of a potential revival of the Victorian-era trend of enjoying picnics in cemeteries with dead relatives? As Connecting Directors shared recently, some new cemeteries, including Seven Stones in Littleton, Colorado, are actually being designed to accommodate and promote community and family gatherings. With its shaded, canopied pavilions, colorful reclining chairs, and manicured landscapes, Seven Stones is the perfect setting for a picnic — even if your loved ones aren’t interred there. 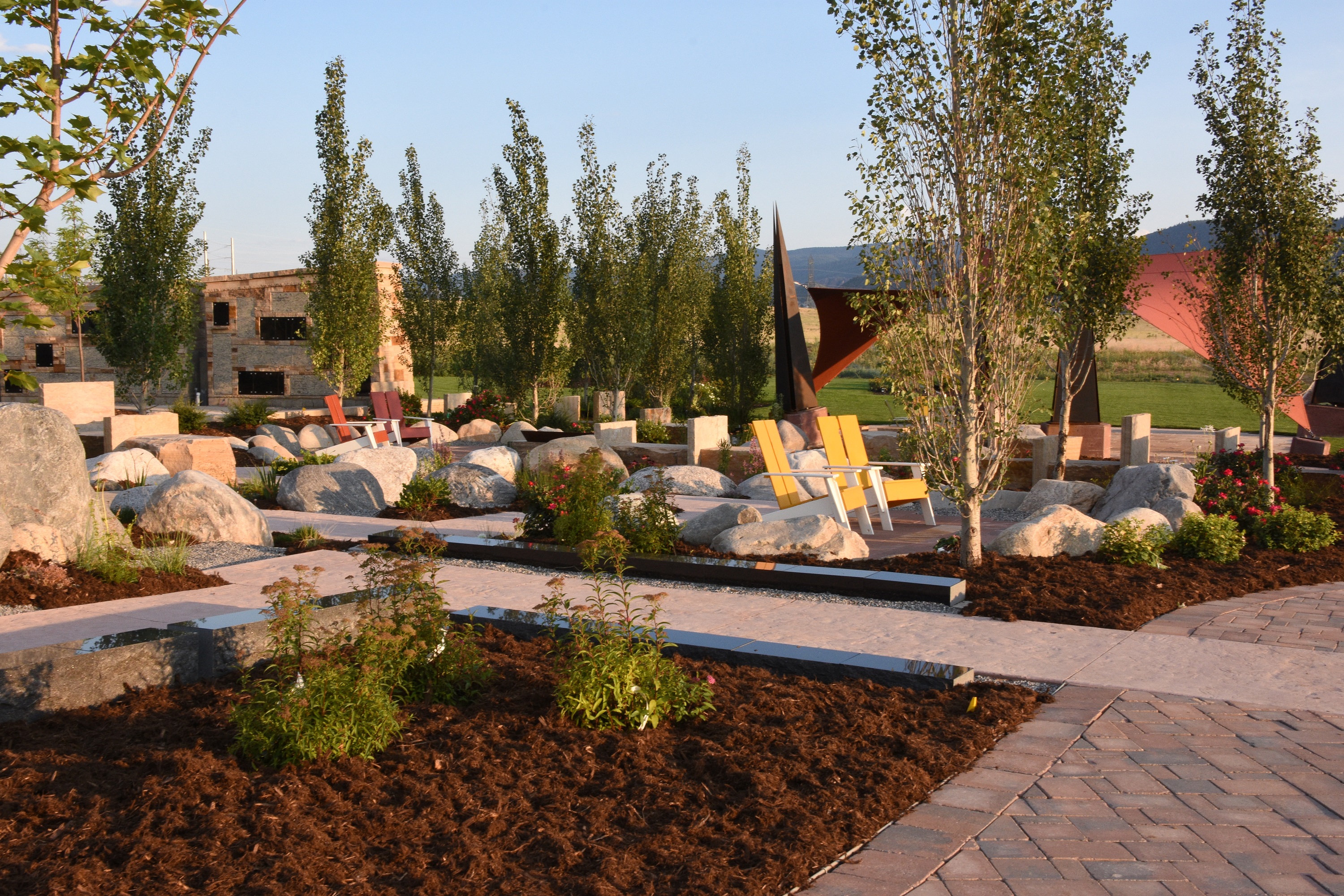 In the 1885 newspaper article, the carriage driver describes the sight of the family at the monument of their patriarch. “I felt thankful, somehow, as I watched that family a making a sort of sacred picnic of their grief; leastways I don’t know what else to call the lump as rose in my heart.”