It’s the last Friday of April, and as we know, all these showers are bringing in some May flowers, just like the Mayflower brought in pilgrims who starved until they created a holiday that involved eating fine meats and sweets. Wait, where am I going with this? IDK, but we’re kicking your Friday off right with this issue of the FFFW!

Parting Pro equips you with another tool to help you successfully serve the different needs of each individual family.

Did you know that today is Arbor Day? Honestly, trees are pretty cool, so I think it’s nice that we have a day once a year where we can pour one out for our wooded friends. Honestly, this is a big day for funeral homes too. Way back when in early America, most funeral homes started because woodworkers started making caskets, then they figured, “Hey, if I’m making money selling a casket, I bet I could make more selling a funeral.” So we have to put some respect on our ferns, birches, and oaks today.

Third Place (AKA Last Place)
NFDA will return to Las Vegas in 2023. BIG MISTAKE! See, the “Sin City” is located in the wonderful state of Nevada. I don’t have much against the “Battle Born State” EXCEPT for this- they have two state trees.

That’s right, both the Bristlecone Pine and the Single-Leaf Pinyon have been claimed as the state tree. That just rubs my bark the wrong way. This type of indecisiveness will surely cause discontentment for the funeral profession as a whole. Like, what’s next? Is Nevada gonna also have two state birds? Two Governors? Two tax days? Two is just too much.

Second Place (Getting Better)
Coming in the silver position, we have Maryland. That’s right, this year, 2022, NFDA will be hosted in Baltimore. Their state tree is the White Oak. Respectable, maybe not outstanding, but it’s an American classic.

By reading the leaves, I can predict that this will be a solid straightforward convention. Like the White Oak, known for its’ leak-resistant grain, the gathering will be sturdy and grounded.

So there you go! What’s your favorite state tree?

Comic of the Week 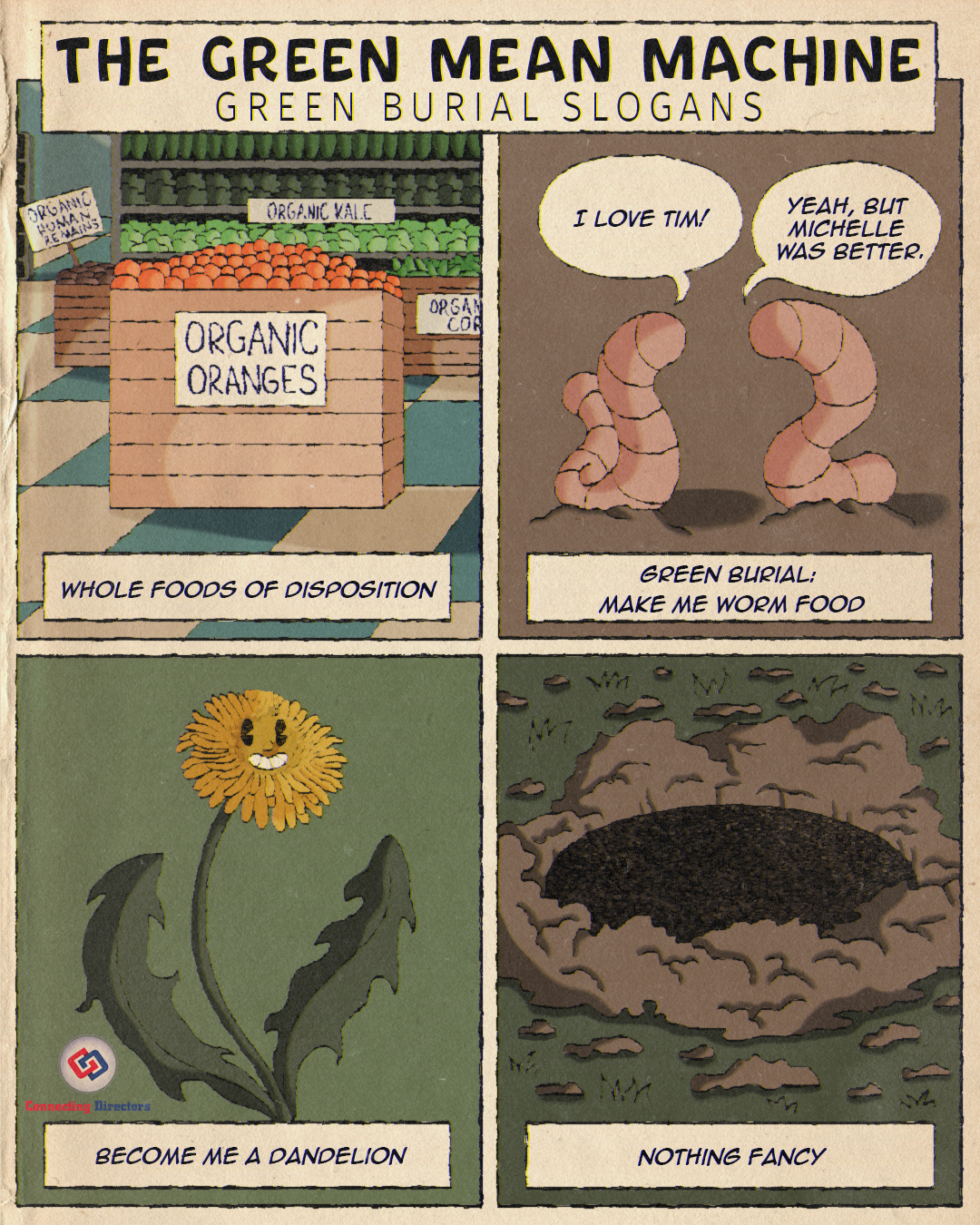 Let’s be honest, our profession gets a lot of negative press, so we’ve searched the internet to find stories of funeral things getting respect, and doing great things!