Why It’s Super Uncool to Be a Mortician in China 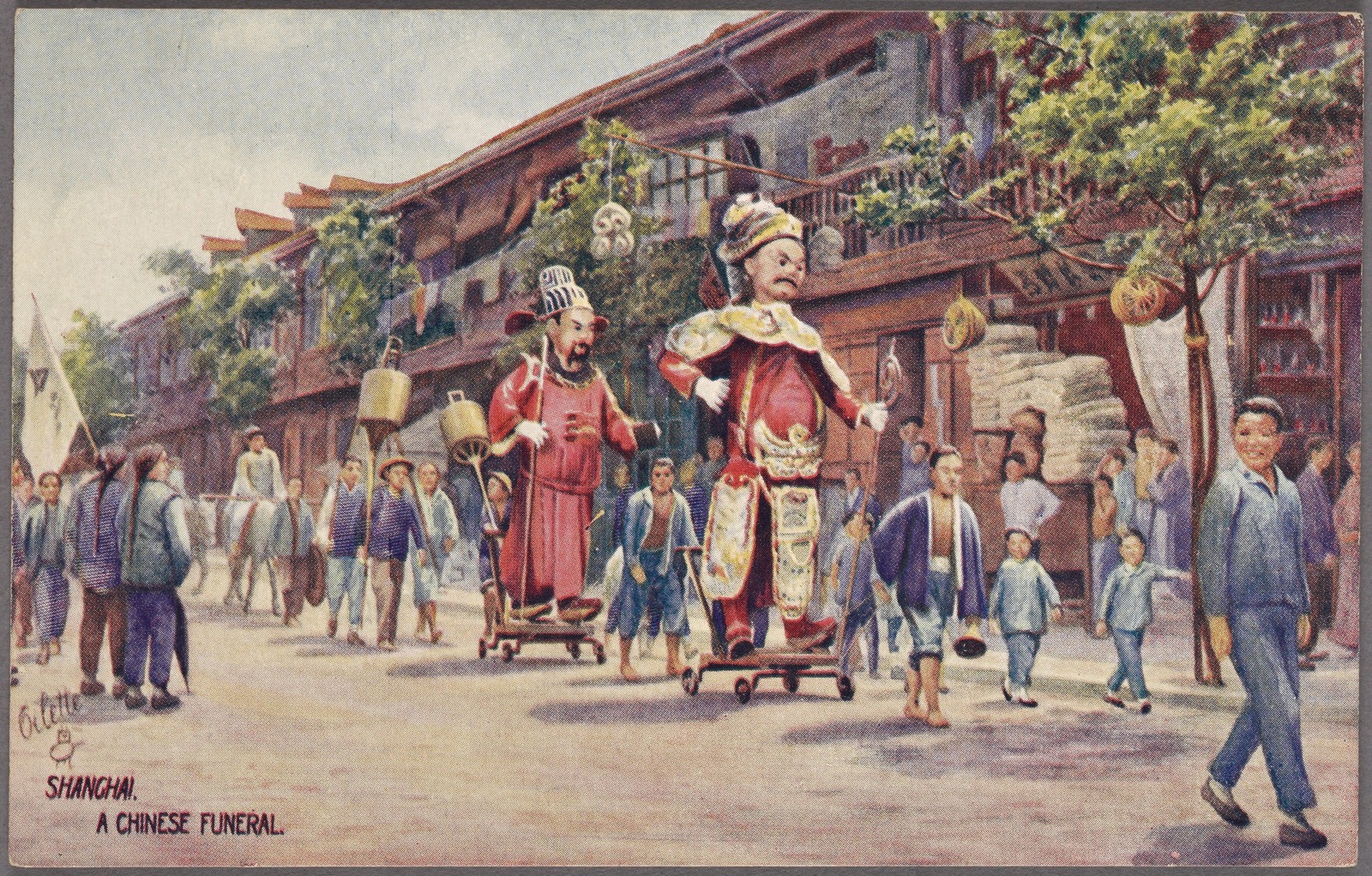 Why It’s Super Uncool to Be a Mortician in China

As I’m not a deathcare professional and you guys are way too humble to admit it, I’ll say it for you: You are special, amazing, outstanding people. Most of America would agree that what you do for others everyday is heroic, brave, and honorable. I consider it a privilege to write for and about you.

That’s why it’s difficult to comprehend the way morticians and other deathcare workers are treated and thought of in other cultures — namely, China. For a number of reasons, and for as long as anyone can remember, Chinese morticians have been held in disregard, considered bad luck, and shunned by their families. Fortunately, though, that finally might be changing, thanks to a young, enlightened, and frustrated generation.

Like homosexuality and suicide, the subject of death is considered taboo in Chinese culture. (FYI: Same-sex marriage is still unrecognized, homosexuality was only declassified as a mental illness in 2001, and only about 15% of LGBTQ individuals come out to their families.)

“Death is one of life’s absolute certainties, but it is taboo in Chinese society,” writes Mabel Sieh in the South China Morning Post. “It is not discussed openly, especially during weddings or birthdays. So great is its power, the number four, which sounds like the word ‘death’ in Cantonese and Putonghua, is avoided. This is why many buildings in Hong Kong do not have fourth floors, 14th floors, 24th floors and so on. Similarly, people will never buy a clock as a present for a friend because zhong has a similar sound to the word for ‘end’.”

Anthropologist Chris K.K. Tan adds that traditional Chinese culture regards death “with a mixture of fear and disgust, as though it were capable of tainting everyone it touches with misfortune.”

The taboo originates from the teachings of Confucius. Unlike Christian the beliefs of heaven and eternal life beyond our earthly existence, Confucian philosophy teaches that the afterlife is beyond human comprehension. Accordingly, Chinese (and most other cultures) fear the unknown. Rather than exploring the concept, Chinese cultures approach it with apprehension. Elderly people are especially sensitive to the mention of death in their presence, thinking it might hasten their demise.

Throughout the past decade, Connecting Directors has shared several articles about deathcare in China … some more interesting than others. From a state-sponsored cremation competition to a crackdown on funeral strippers, these stories illustrate some of the more bizarre aspects of current funerary practices.

Traditionally, though, Chinese funeral rites are dignified, age- and status-appropriate, and prescribed — else the family risks “ill fortune and disaster.” Funeral ceremonies can last over 49 days and expenses are usually the responsibility of the deceased’s daughters. Although families prefer Fengshui-friendly hillside cemeteries, a shortage of burial space means cremation is growing in popularity.

However, the professionals who offer these services are treated with distrust and disdain, even by their own families. Deathcare providers’ facilities are designed to be nondescript. People go out of their way to avoid funeral homes and the people who work there. According to Tan, some people even believe socializing with a mortician or inviting one to a family gathering brings bad luck.

“Morticians are a textbook example of what the sociologist Everett Hughes termed ‘dirty work’: physically, socially, or morally tainted jobs that many people find degrading,” writes Tan. “These positions bring workers into contact with the people and things society prefers to ignore, whether in the form of marginalized groups, morally dubious behavior, or death. Because of its associations with immorality, dirty work often stigmatizes the people who perform it, even if they are not violating social norms themselves.”

Times they are a’changin

Slowly, yet surely, though, younger Chinese are gravitating toward careers in deathcare. Their reasons for eschewing the stigma and taboo are diverse; for some, it’s driven by a dislike of socializing. It’s certainly not for financial gain. The typical pay for a mortician in China is about $775 a month. (FYI #2: Paradoxically, deathcare is the fourth most profitable business in China.)

However, Tan believes many young Chinese are tired of the grueling schedules, ageism, and ridiculous competition in other industries. Because many deathcare workers in China are employees of the civil service system, the job also comes with great perks. They are enrolled in the national insurance plan, get subsidized meals, work 9-to-5 schedules, and most are rewarded with lifelong employment.

“At first, my dad was very against me going into such a profession. He did not understand why I would want to take up such a job, and did not support me at all,” a 22-year-old student told Reuters in 2012. “We are young people and we think differently. I feel that undertakers were not too respectful in the past to the deceased. So through our services, we hope that the deceased leave this world in a more dignified way.”

According to one of the four main technical colleges offering funeral service education in China, more than 1,500 students enroll each year. The three-year program includes instruction in embalming, makeup, and rituals including spa treatments for the body. These massage and skincare regimens are depicted in the film “Almost Heaven,” a 2017 documentary following the journey of a young female Chinese apprentice mortician. It’s one of several fairly recent movies and TV series that shed light on the purposely-hidden funeral service.

Tan, the anthropologist, found that one of these movies, 2008’s “Departures,” actually inspired one young mortician to explore the industry. Hopefully, peeling back the curtain in film and print will help to destigmatize deathcare. Until then, Chinese morticians might still be snubbed at parties and may even remain perpetually single.

“The general mindset has changed a lot in recent years, but death is still a taboo,” funeral director Ding Hongfeng told Tan. “Many people turn a cold shoulder to funeral service workers. Funeral service workers suffer pressure from friends and family too. Some even find it hard to get a marriage partner.”