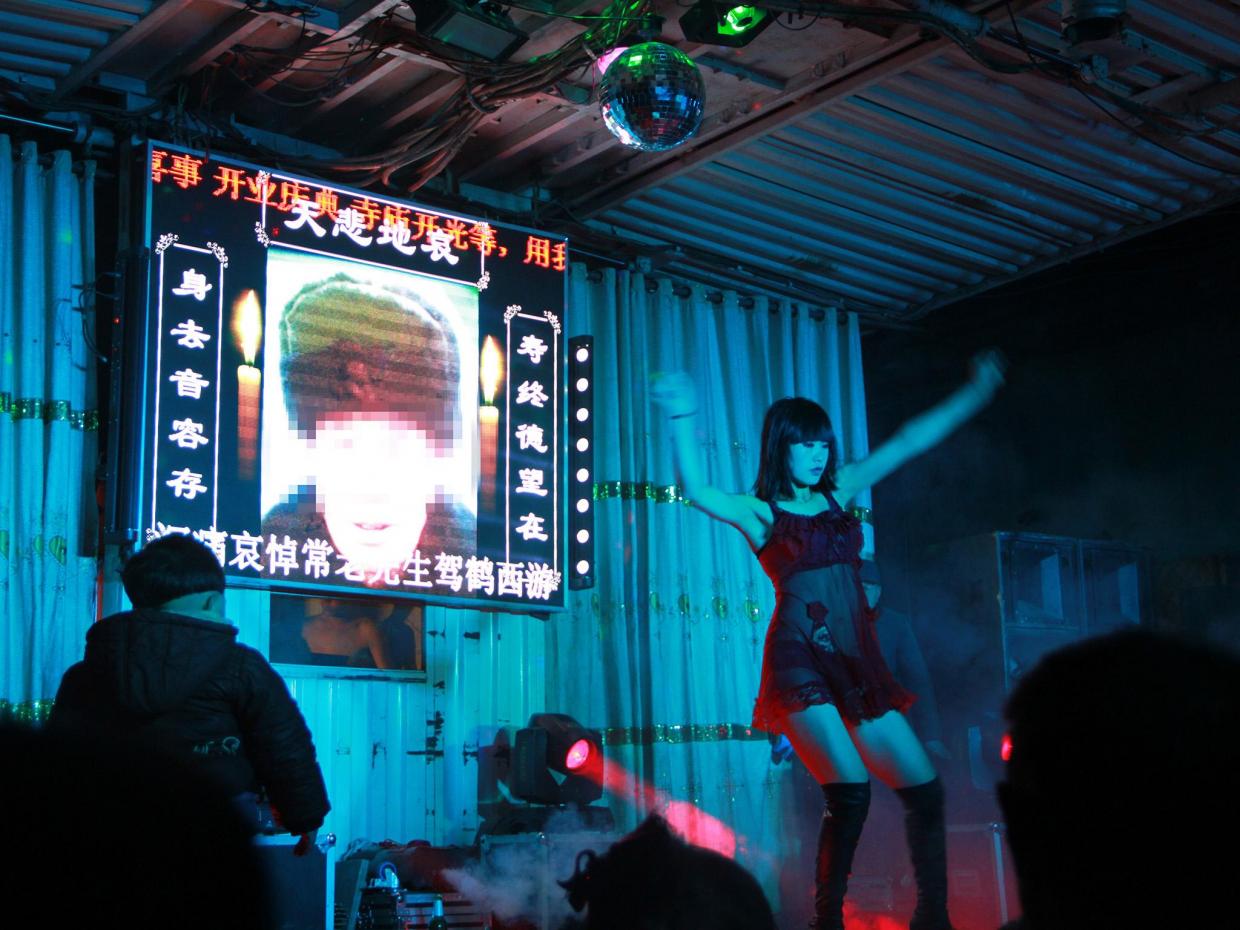 Chinese authorities have launched a crackdown on funeral strippers after reports by a national Chinese tabloid newspaper about a raucous memorial party. The Ministry of Culture said it would target “obscene, pornographic and vulgar performances” at funerals and weddings. The ministry set up hotlines which are offering monetary rewards for individuals who report “funeral misdeeds” in 19 cities in Henan, Anhui, Jiangsu and Hebei provinces.

Although it is hard to tell how prevalent funeral strippers really are, it is reported to be a common practice in rural communities for families who want to increase funeral attendance. In China, funeral attendance is associated with the level of honorability for the deceased.

The Global Times reports that:

In a bid to show off their disposable income and boost numbers, some households pay out more than their annual incomes for strippers, but also actors, singers and comedians.

The Global Times also reported that “It has been a long tradition for Chinese rural residents to hire local opera performers for funerals to allure mourners and show respect to the deceased. By hiring performers, people can ensure a higher turnout at the deceased’s funeral as a way of honoring the dead and showing “filial piety.” In the 1990’s, the tradition of funeral performers shifted towards revealing shows by female dancers. As the trend caught on, rural business owners started recruiting young women to perform as funeral stripers and the movement grew.

Beijing first banned funeral strippers in 2015 after reports of “obscene performances’ by women at funeral and memorial services. Authorities described the events as being “bizarre and increasingly popular.”

An eye-witness reported that two strippers “wearing revealing clothes danced on a stage at a public square in our village at night.” Another instance resulted in six exotic dancers being arrested at the funeral of an elderly resident in Handan.

One expert quoted in the Global Times report partly attributed the practice to fertility worship.

Have you ever hired funeral strippers for a family?…or would you? Tell us the story in the comments!