Can Grief Make Us Do Illegal Things? 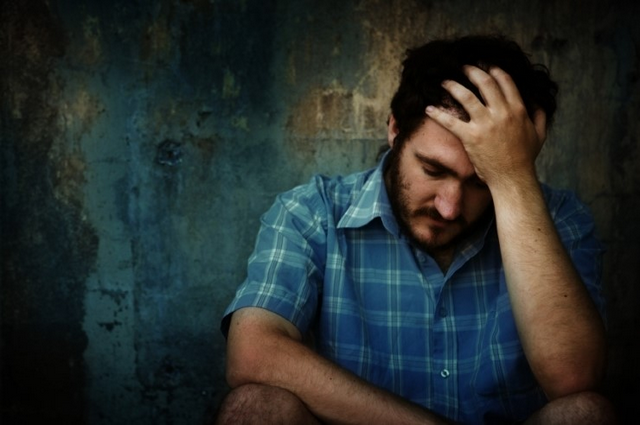 Can Grief Make Us Do Illegal Things?

Imagine a son’s grief so devastating that he would steal his dad’s casket from the cemetery with plans to bring him back to life through prayer.

This is a story that has been in the news for a few days out of Detroit. A son stole his father’s casket and body from inside of a cemetery mausoleum with plans to bring him back to life through prayer.

I can’t image how much this man must be grieving and hurting to do something this extreme. How powerful is grief?

Son Stole Fathers Casket With Plans to Resurrect Body [Video]Imagine a son’s grief so devastating that he would steal his dad’s casket from the cemetery with plans to bring him back to life through prayer. Read…

Detroit — Police say they are investigating whether two brothers stole the coffin of their 92-year-old father from an east-side cemetery believing they could resurrect his body.

Police located the body of Clarence Street “intact and unharmed” Tuesday morning in a freezer in the basement of a two-story wooden home on the 4600 block of Eastlawn Street owned by one of the two sons.

Street’s casket disappearance occurred between 8 a.m. and 9:30 a.m. Monday when a white van and a purple pickup entered Gethsemane Cemetery and took the casket from a mausoleum.

The sons, ages 38 and 48, were in custody after patrol officers found a white van at 7:05 a.m. Tuesday at a Citgo gas station near Dickerson Street and Harper Avenue, about a mile from the home where the body was later recovered. Inside the van, the officers found the missing empty coffin, Sgt. Eren Stephens said.

Upon arrival to the Eastlawn home, officers discovered a pillow from the missing coffin in the backyard.

Lieutenant Harold Rochon said one of the brothers, the 48-year-old Detroit man, had a difficult time coping with the loss of his father after his mother had died a short time earlier.

He said he recently bought the freezer to store the body.

After the interview, investigators believe the 48-year-old brother may have mental problems, Rochon.

“The son didn’t want to be separated from his father,” Rochon said.

The men could be charged with disinterment, a felony punishable with up to 10 years in prison. Police could seek a forensic examination of the men to determine whether they should be charged.

Street’s body is currently at Swanson Funeral Home in Detroit. Rochon said burial has been rescheduled, and the family is searching for another casket.

Street was to have been originally buried Saturday but the ceremony was delayed until Monday because of heavy rains over the weekend.

Tuesday afternoon, the home’s front door, barricaded with 2-by-4 wooden boards, appeared to have been kicked in and the porch of the home still had crime scene tape.

Neighbor Gwendolyn Coleman said the 48-year-old man, the only occupant of the house, appeared to be a regular guy.

“He was a nice guy and he seemed like a normal person,” Coleman said. “Nobody thought he’d do something like that.”

At about 2 a.m. Tuesday, Coleman said she heard a banging noise from the home.

The gas station where the van was located Tuesday is surrounded by scores of abandoned buildings in a rundown neighborhood not far from the Coleman A. Young Airport.

Attendant Khalid Ali was on duty at 7 a.m. Tuesday when the white van pulled up to a pump.

“A man walked into the store but then the police, they come in and arrest him,” Ali said. “I didn’t know what for. He didn’t have a chance to buy anything before they take him.”

According to Ali, police didn’t say much about the arrest.

“I never saw the casket or anything,” Ali said. “The police just hooked up the van and towed it away. Now I know why. You never know what’s going to happen.”