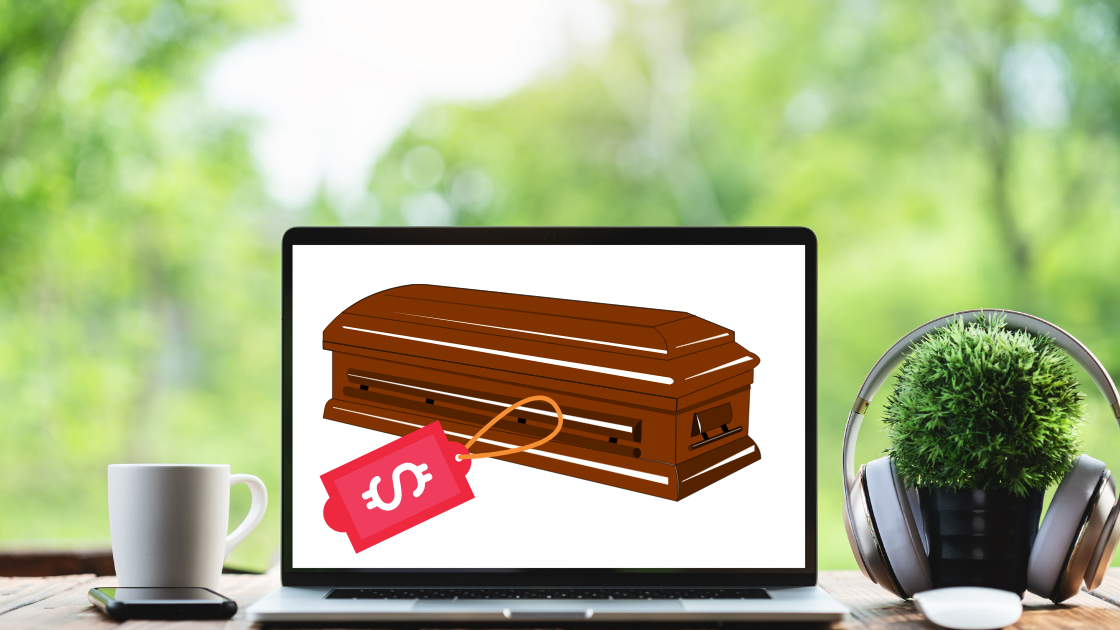 Now that Washington, DC has recently required that funeral homes’ price lists appear online following similar action taken by California some years ago, is it time to consider whether online pricing is the new trend – whether by law or voluntarily supplied?

Similar regulations are taking hold in other parts of the world as well. Covid has brought about so many various accommodations and requirements that pretty much every aspect of death care business can now be conducted online. Livestreaming services as an option is going mainstream. The direction of flow seems to be towards virtual options; the more than can be accomplished no-contact, electronically, the better.

But just how prevalent has the online price list requirement become?

So far, it would appear, not very, though there’s certainly been a public call for it, what with multiple agencies and boards petitioning the FTC to make the practice nationally mandatory.

Interest in reforming the Funeral Rule has been expressed publicly on various levels. Proponents of online lists note that the rule, implemented in the 1980’s, preceded widespread internet use; that had the rule been enacted in the internet age, required online price lists would certainly have been an integral feature of the rule.

And while there’s been wide pushback from the industry on the matter, plenty of establishments that have taken it upon themselves to supply their price lists online. Doing so might just be good business sense … particularly at this early stage, where online posting isn’t yet a matter of legality, but later may be.

It might seem counterintuitive, but if taking the plunge earlier than strictly necessary garners confidence and trust of potential clients as a kind of a gesture of good faith, well, that’s just a little bit of an edge.

A Land of Laws

We looked for information on which states have current laws requiring the posting of funeral price lists online.

We began at the NFDA, brimming with naïve optimism. Turns out there’s no comprehensive, current database of state-by-state funeral requirements regarding the posting of price lists online. Maybe it’s a little entitled to have actually sought one in the first place. There is no easily searchable database … at least not publicly available. We were instructed that NFDA members may receive the assistance of an attorney who can help to answer such questions, though.

Disappointing, but okay. And anyway, we sensed Opportunity: if it does not exist, then we shall create it! a la, if you build it, they will come!

A comprehensive list of each state’s funeral rule requirements… yes, splendid idea. After all, we needed one. Surely it’ll come in handy.

Down the Rabbit Hole

Turns out there’s a good reason none exists.

One of our writers is based in Michigan, so that’s where we began. Relying on the NFDA’s list of state associations as a starting point, we contacted the MFDA with the purpose of ferreting out the Michigan’s funeral rule/online price listing regulations.

While it worked, strictly speaking, we were referred to a series of locations, including state legislative websites and Licensing and Regulatory Affairs (LARA), and at some juncture, directly to Michigan’s statutes.

No better primary resource, to be sure, but way more data than strictly – or practically — required. Answering the question for ourselves objectively would require sifting through many, many pages of Michigan Statutes, which … not an expert. Illinois was much the same.

Looks like legal consultation was probably a good idea.

There well may be a federal change on the horizon at some point, possibly sooner than later, but for the time being it’s still up to the states.

And if you have questions about your own location, you can certainly get to the relevant statutes for your area the way we did. We don’t recommend it.

Thanks to Connecting Directors contributing writer Jennifer Trudeau for this well-researched article!