That’s right, it’s National Radio Day. Though to me this seems like bizarre recognition, there might be someone who really loves it. Like, I know someone whose favorite holiday is Arbor Day. I think it’s odd, but that’s just who he is. Actually, almost every day is a national day for something or somethings. For example, not only is today National Radio Day, but it’s also Chocolate Pecan Pie Day. Not to be confused with regular Pecan Pie Day, which takes place in July. So, I guess what I’m saying is, there’s something to celebrate everyday. Even if radio or pecan pie isn’t your thing, you can celebrate the fact that it’s Friday, which, no matter what, is the best day of the week. You can also celebrate that this is our last issue of the FFFW while we’re in our 40’s. Come next week, we’ll be turning 50. So, let’s get the celebration rolling with some fun, some GIFs, some games, and some good news!

Just imagine these lyrics on top of an upbeat banjo groove playing at a man named Earl’s funeral.

“That Earl had to die, goodbye Earl

Those black-eyed peas, they tasted alright to me, Earl

You’re feelin’ weak? Why don’t you lay down and sleep, Earl

Ain’t it dark wrapped up in that tarp, Earl”

2) Since You’ve Been Gone- Kelly Clarkson

This would be over celebrating at a life celebration.

“But since you been gone

I can breathe for the first time

I’m so moving on, yeah, yeah

Now I get what I want

Since you been gone”

3) Somebody That I Used to Know- Gotye

This would just be hurtful.

“Now and then I think of when we were together

Like when you said you felt so happy you could die

Now you’re just somebody that I used to know” 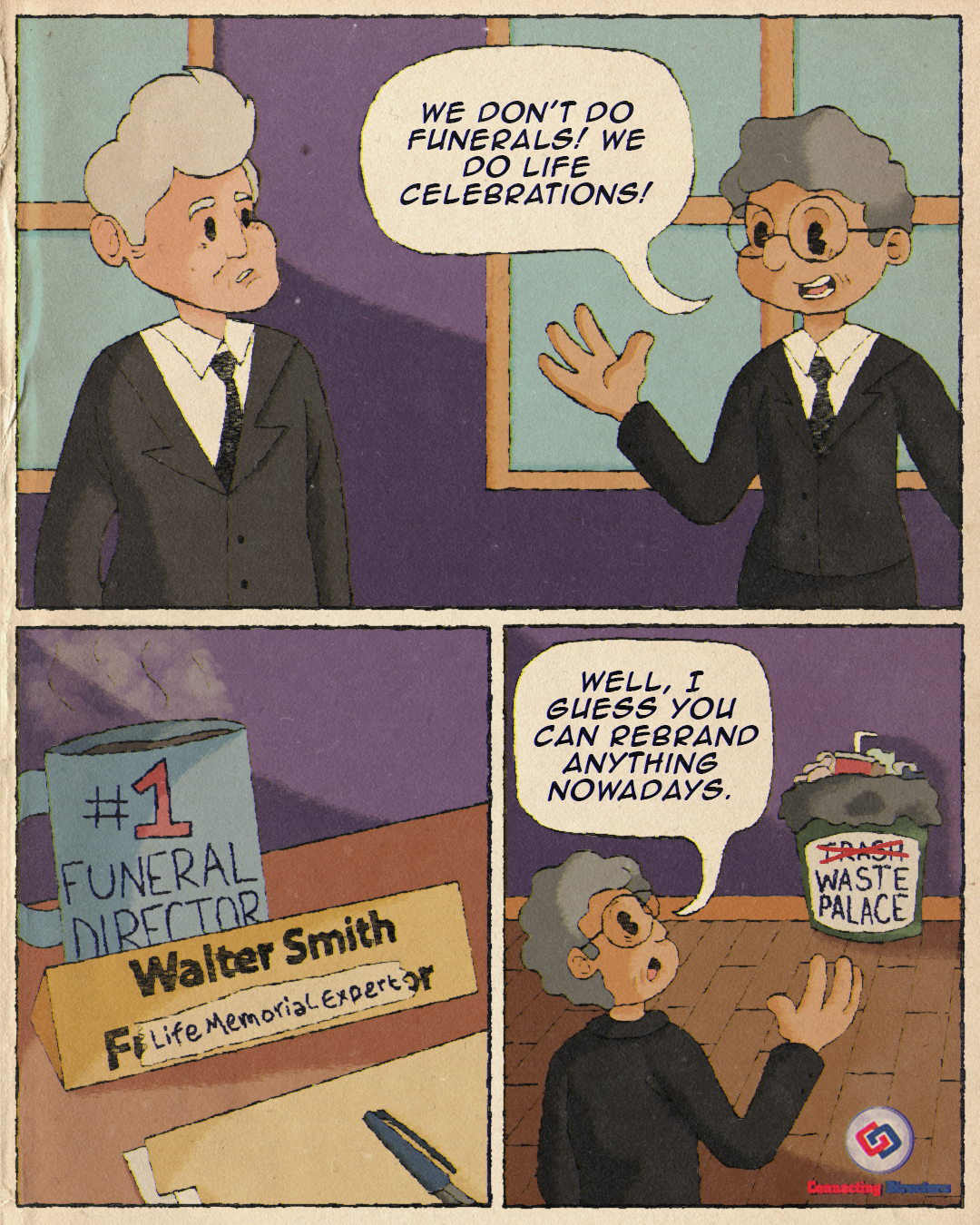 Let’s be honest, our profession gets a lot of negative press, so we’ve searched the internet to find stories of funeral things getting respect and doing great things!
1) For the 2nd Time, DISRUPT Media Appears on the Inc. 5000, Ranking No. 4740 With Three-Year Revenue Growth of 50% Percent

3) I Got This: Indiana man starts nonprofit to help others pay for funeral costs after losing wife unexpectedly to COVID