How Monkeying Around with Cocktails Became an Addictive Quarantine Escape 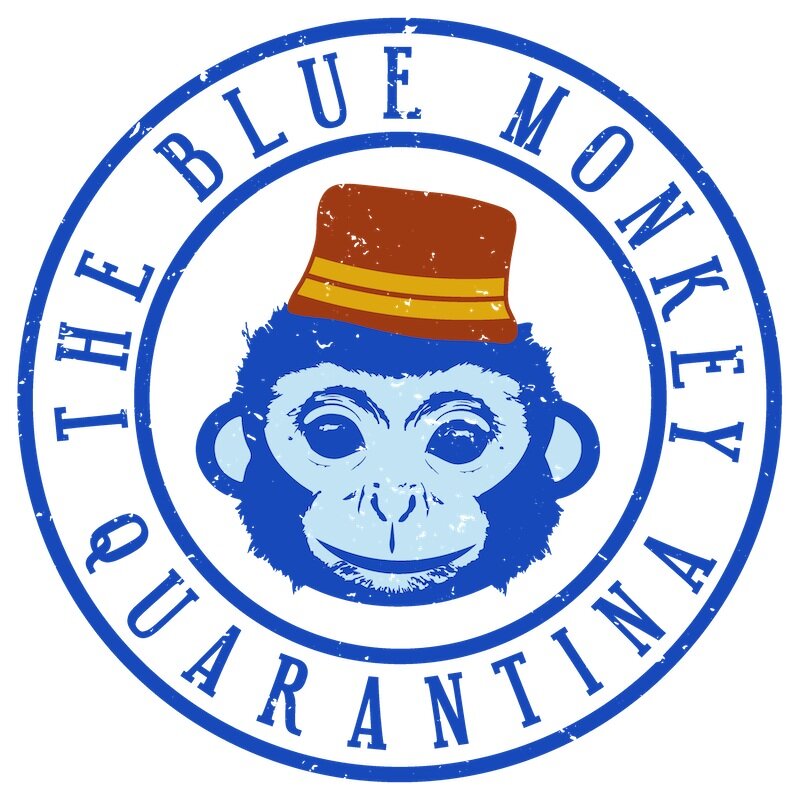 How Monkeying Around with Cocktails Became an Addictive Quarantine Escape

Do you remember where you were when the world shut down in mid-March? Deathcare attorney Poul Lemasters does. Anticipating pending quarantine measures, Poul and his wife Shelby decided to spend their last hours of freedom hanging out with friends at their local brewery. Sure enough, their reverie was interrupted by the governor’s announcement that Ohio would effectively go on lockdown that evening at 9:00 p.m.

The quarantini is born

“It was like, holy crap, it’s happening,” Poul recently told Connecting Directors. “So everybody at the brewery all did a toast and cheers. After a few more beers, I said, ‘Hey, when we get home, let’s make a cocktail — a quarantini.’ Then after a couple more beers it was like, ‘Hey, I have a better idea — let’s do it on Facebook Live!’ So we did.”

That night, March 15, was the first episode of what would become a 62-day quest to make quarantine bearable by curating custom cocktails for an audience thirsty for an escape from a world turned upside down.

After the first episode, Poul says, “People were like, ‘Hey, are you going to do it again?’ So we started and we did a cocktail every night at 7:30 p.m.”

As days went by — and Poul was obliged to taste-test more and more of his nightly concoctions (for quality control purposes, of course) — the videos got a little longer and his online audience grew more engaged. People started to look forward to their nightly dose of Poul, or “Pull” as one commenter’s mother-in-law began to call the guy the family watched on that TV drinking show every evening.

A twist on the tried-and-true

Poul’s “quarantini” was actually a classic martini with a few additions to make it a little more effective for the sudden stress-inducing situation in which his viewers found themselves that night. An extra shot of vodka, a little honey to make it more smooth, and his not-so-secret ingredient, Emergen-C, a vitamin C powder supplement, made the quarantini unique.

“We’ve put a sprinkle of Emergen-C in every cocktail we’ve ever made,” Poul says. “And it’s just for fun.”

During the first 62-day season, Poul tackled not only the martini, but everything from the Long Island Tea to the New England Sour and all sorts of geographies in between. Although each featured drink is based on a “historical actual cocktail,” Poul is often asked to create new drinks for parties or other functions. He even made one in honor of Disrupt Media being named to the Inc. 5000 list (see Facebook Live Episode 26).

“The more we do this the more people care about it,” Poul says. “I’ve had several associations in deathcare that say, ‘Hey we’re having our annual conference — would you kick it off with a virtual cocktail hour?’ So now I’ve done cocktail programs for several of them.”

For those special presentations — and even on regular days — Poul tries to find a real cocktail that ties into the occasion at hand. For example, his research turned up a version of the Rusty Nail called a Coffin Nail, which was perfect for a recent death care conference. He also tries to select a t-shirt (from his seemingly bottomless collection) that pairs nicely with the day’s cocktail.

If you’re reading this and are worried that you missed out on perhaps the very best thing to happen during lockdown, cheer up! The party isn’t over just yet. After 62 straight days of quarantine cocktails, Poul and Shelby took only a quick break before starting season two at the Lemasters’ Blue Monkey Quarantina, the home bar he named after a stuffed blue monkey Shelby found at a thrift store.

Poul says he has no plans to stop the show. He’s thoroughly enjoying his new hobby — researching cocktails and alcohol — and has created a book with recipes for his quarantine cocktails.

The book and other Blue Monkey merchandise are available for purchase on Lemasters’ website, coatdrive.org. The site is so-named because the profit from every purchase goes to Poul’s charity, Lemasters Coat Drive, which purchases brand new coats for needy kids every winter. (We thought this was so awesome that we’re devoting an entire feature to it next week!).

“It’s great because anyone [who buys merchandise] gets something and then we get the profit and we use it to buy coats,” Poul says. “So it’s kind of a nice win-win.”