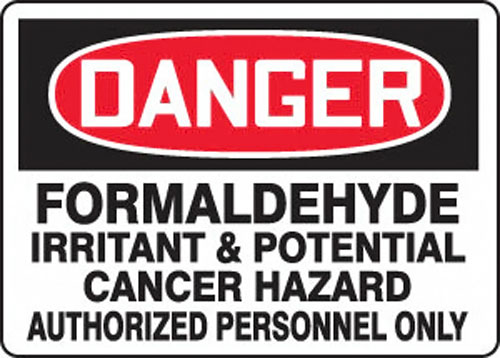 A lawsuit by a New Jersey mortician stricken with leukemia is casting a spotlight on embalming, a standard practice in the funeral industry.

William Moore, 38, of Secaucus claims his illness was caused by exposure to formaldehyde, an ingredient in embalming fluid. He is suing his workplace and several manufacturers of embalming chemicals.

Moore was diagnosed with acute promyelocytic leukemia in 2010, according to a lawsuit filed in Superior Court in Hackensack. Federal toxicologists in 2011 listed formaldehyde as a carcinogen and said mortuary workers were among those at risk of developing various cancers.

The pungent and colorless chemical, common in construction products, is found in embalming fluid because of its preservative and disinfectant properties. Embalming allows a body to be presentable for viewing.

“I think it will raise awareness that funeral homes have to provide, from the owner’s standpoint, decent ventilation and decent working conditions,” said Robert Prout of Prout Funeral Home in Verona, a proponent of “green” practices such as natural burials and minimal use of chemicals.

Prout said he uses a formaldehyde-free embalming product but that he is the exception. “Like anything else, people are slow to change,” he said. “They get used to certain products and are comfortable with the products.”

G. Thomas Gentile, owner of the Hackensack funeral service bearing his name, said he has been embalming bodies without problem for 41 years and believes that “it would be difficult to prove you can get a disease from the embalming process.”

“We wear masks, double gloves, gowns, there are booties you can put on,” he said, adding that he has confidence in his funeral home’s ventilation system.

“It’s like gone with the wind in here,” he said.

Moore’s lawsuit alleges that embalming chemical manufacturers knew or should have known that their products raised the cancer risk for people with higher levels of formaldehyde exposure.

The suit further alleges that after Moore returned to his job at O’Brien Funeral Home from a nine-month disability in October 2011, the Wall Township mortuary denied his request for “accommodations” such as improving the ventilation or transferring him to the company’s newer Brick Township facility.

Moore’s attorney, Robert A. Tandy of Montvale, said his client “wasn’t asking to refrain from doing any duty associated with a funeral director, but was asking for an accommodation to help him perform the functions of his job.”

Tandy said that after the suit was filed in September, O’Brien Funeral Home removed embalming from Moore’s duties.