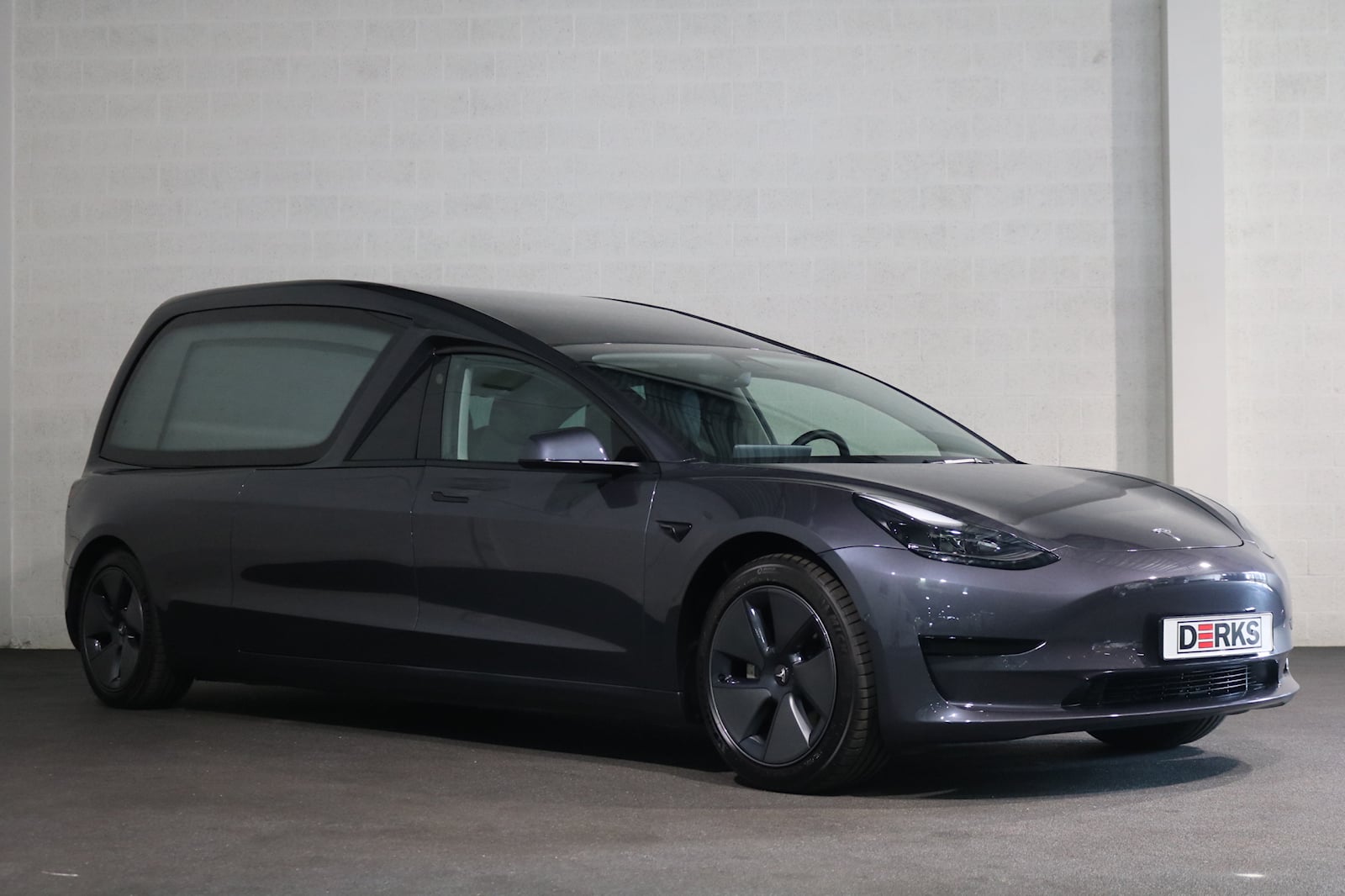 The Dutch have done it again! Back in 2016, Netherlands transport company Vander der Lans & Busscher BV unveiled a tricked-out Tesla hearse built on Model S that was converted by stretch limo maker RemetzCar. Nearly seven years later, a different Dutch company has introduced the next generation in electric hearses, dropping the curtain on a slick and sleek Model 3 just in time for Christmas. And while some in the deathcare community were Googling how to place their orders for this first-of-its-kind vehicle, the Internet spent time creating hilarious comments.

News of the first Tesla Model 3 hearse conversion, created by Netherlands-based hearse and limo maker Derks, broke in December 2022, promising “sustainable funeral mobility, a funeral without exhaust.” According to several reports, the electric hearse will travel about 220 miles on a single charge.

Its standard features include LED lighting, electric curtains, handy storage compartments accessible by side half-doors, and a powered tailgate. One may also spring for upgrades like a “starry sky” lighting package, extendable flower racks, and an under-floor drawer.

Of corpse there are comments

Derks hasn’t announced a price tag for the 219-foot-long Model 3, but a similarly-converted Model S was available for around $200,000 in 2019. While we wait for the Model 3 to make its way to our shores, let’s check out what the rest of the world has to say about it, because of course, they brought the jokes: