Breaking Down the Bones 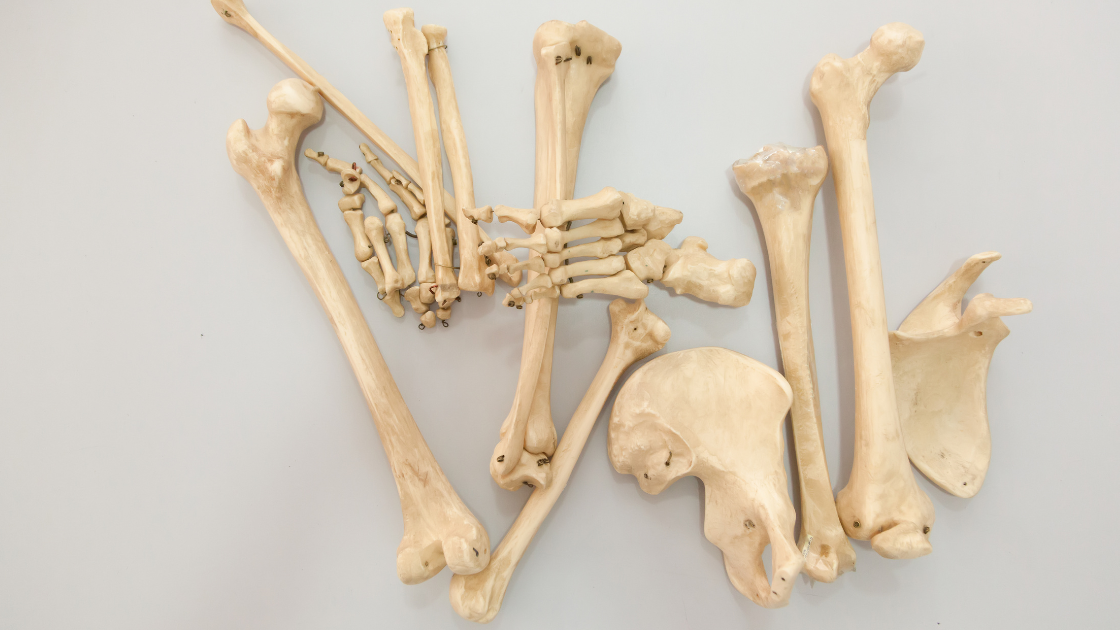 Breaking Down the Bones

Bones are sort of death’s calling card, aren’t they?  And it doesn’t really matter whose bone, or which bone, or where it is, even – any bone is an instant reality check on mortality.  There’s something sobering, almost vaguely threatening, about finding a bone… possibly because finding one at all indicates nothing good for its previous owner.

What’s in a bone?

All 206 bones in the human body are made up of protein, calcium and other minerals, and water.  Partly because we’ve become accustomed to considering them harbingers of the grim reaper or evil fu, it’s become standard to associate bones with death rather than life, and that is a real shame: bones are sophisticated living tissue and biochemically hardcore, being the last of our frames to return to the dust from which we’re made.  They’re also absolutely packed with blood vessels (astonishing, but nightmarish to envision).

They may seem all inanimate and structural, like steel girders, but bones renew themselves continually.  Imagine the timelapse video. Also, long bones are hollow; your skeleton is busy even when you’re just lying there, because your bones have more to do than just stand you upright:  they replenish and store the cells of the blood supply, circulate your lymph, maintain a mineral stockpile. And they’re positively run through with channels and canals for circulation, because they’re so full of blood and lymph vessels.

All bone begins as cartilage. The process of turning flimsy cartilage to badass bone is driven by specialist cells, which build more specialist cells, which build a skeleton bit by bit, bone by bone.  As bone develops, it differentiates further until one has built up a proper skeleton, rigid and respectable.  Then begins the process of continual renewal of bone cells, a process we never complete in life; in a slow burn, the cells build, maintain, then destroy themselves, over and over, throughout one’s life.

The black magic sometimes goes astray, ossifying your muscle and fibrous tissue and turning your body into a jail cell made of your own bone.

The decomposition of bone is probably why it has the reputation it does.  Outside of the accelerated processes of one- to three-hour flame cremation, six- to 20-hour water cremation, and 30-day natural organic reduction, bone hangs around a lot longer than the rest of a corpse, taking between six and thirty years to break down, typically, though sometimes it just never bothers to decompose at all.

But slow though it may be, bones will decay if exposed to water long enough.  It’s heat and aridity that can delay/impede the process, because as with any decaying organic matter, breakdown is the province of microbes who cannot survive dry conditions in high temperatures.  Even in a swamp, however, bones will be last to break down, because of their mostly compact surfaces, which are harder for microbes to breach so they can do their thing.  Fungi and bacteria will ultimately see it through for most of us, especially in a warm, damp environment.