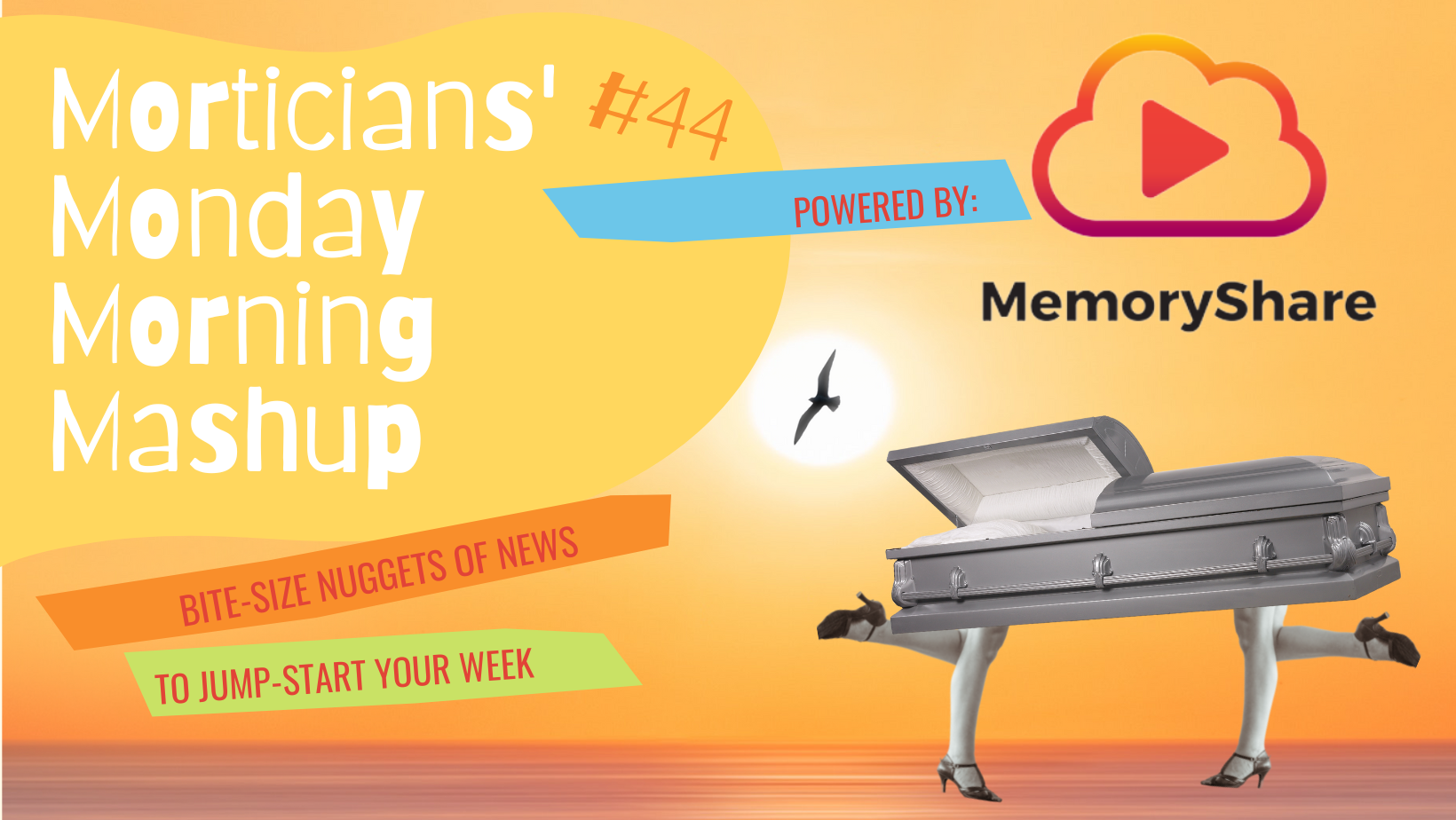 Welcome to the forty-fourth edition of Morticians’ Monday Morning Mashup, 4M #44, where we’ll serve up bite-sized, easily-digestible nuggets of the deathcare news you need to crush conversations in the week ahead. Bon appetit!

Not long ago, CD published a story about your rights as an employer to monitor and/or control your team members’ social media posts. That piece was inspired by the story of a (former) funeral home employee who posted a not-so-funny video that reflected poorly on his employer. Maybe if the folks at Heaney Keenan Funeral Directors in Northern Ireland had read our advice they wouldn’t be in their current pickle. Just last month the firm was “devastated” when an “appalling” video of one of their “well known undertakers” and the occupied casket he was transporting went viral.

Now they’ve been forced to apologize again as a second video has surfaced of “people dancing with a coffin at a storage building owned by the firm.” The video was created in April 2020, but it’s back in heavy rotation now. The subject of the first video is no longer employed by Heaney Keenan, and the second set of folks are said to have simply been contractors. Unfortunately, a great deal of damage has already been done.

The sun is finally setting on the Sunset Mesa case

To the deathcare community, the words “Sunset Mesa” are instantly recognizable … and cringe-inducing. The Colorado funeral home’s body brokering horrors, which were exposed by a 2018 Reuters investigative report, rocked our world. Thankfully, the saga may be finally coming to a close as Shirley Koch, the mother of the mother-daughter brokering duo, pleaded guilty to charges of fraud last week and didn’t contest a prison sentence of five to six years. Koch’s daughter Megan Hess also pleaded guilty to fraud on July 5, but the courts haven’t yet settled on a sentence. Prosecutors are seeking a 12- to 15-year prison term, but Hess is hoping to get out in two.

If you’ve ever watched a season, or even an episode, of FX’s American Horror Story anthology series, you know it’s super creepy and usually includes at least one, if not dozens of, deaths. So it’s appropriate that a trailer for the upcoming Season 11 includes a little nod to deathcare. Click here to watch “The Embalming Table.”

An honor, yet a tragedy

Kudos to Gamez and Sons Funeral Home in Laredo, Texas for stepping up to help get the remains of some of the 53 victims of the recent human smuggling tragedy home to their families in Mexico. Gamez was contacted by Hardin Mortuary Services to assist with transporting bodies to the San Antonio airport, where they will be flown to their homeland. “To find the words to express that it’s a bit difficult, you say honor or privilege, but it’s a tragedy,” says Feliciano Gamez of Gamez and Sons. “I supposed somebody has to help, somebody has to do it, and the funeral homes and the mortuary services.”