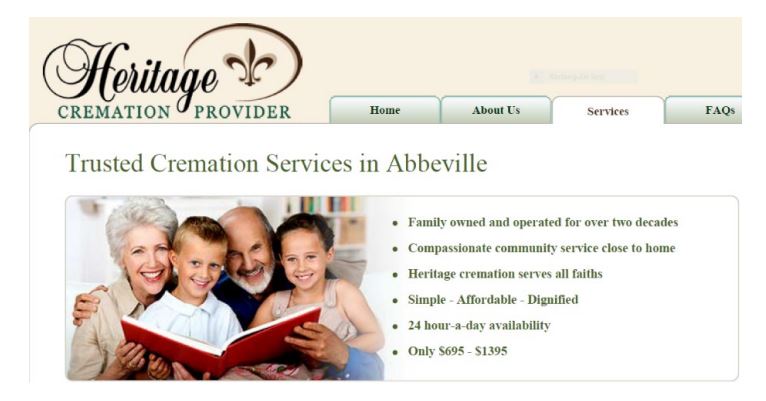 On Friday, April 22, the Department of Justice, on behalf of the Federal Trade Commission (FTC) filed a lawsuit that alleges Legacy Cremation Services and its owner targeted grieving customers with practices that violate the FTC Act and the Funeral Rule.

Legacy Cremation Services is based in Colorado and North Carolina, and also does business as Heritage Cremation Provider and Funeral & Cremation Group of North America, LLC. The companies are owned by Anthony Joseph Damiano.

The bad penny turns up again

If that name sounds familiar to you, it might be because you’ve read about Damiano’s practices before in Connecting Directors. In 2017, Damiano (who also goes by the names “A.J. Styles” and “A.J. Mahoney”) and his companies were sanctioned in both their home states of North Carolina and Colorado for violating the Mortuary Services Code. The company was also cited by the Better Business Bureau and the State of Georgia for deceptive advertising, was banned from registering as a deathcare provider in Massachusetts, and had actions pending in Tennessee in Florida.

In 2019, the NFDA issued its third notice about the company in as many years, warning its members to steer clear of Damiano and his multiple companies. At the time, Damiano was doing business under five different company names — all of which were, in actuality, simply names on a website full of false claims.

The NFDA’s 2019 release alleged that the company was an “internet middleman that holds itself out to the public as a locally-owned and trusted funeral home providing low-cost cremation services.” In reality, Heritage was an “unlicensed seller of funeral and cremation services with a long track record of consumer fraud and abuse,” wrote the NFDA.

Since that 2019 announcement, three more states — Pennsylvania, Texas, and Vermont — also issued cease and desist orders to Damiano and his companies.

Finally at the federal level

According to the April 22 release from the FTC, at least 10 state attorneys general and state funeral licensing boards “notified defendants Damiano, Legacy, or both of their improper marketing and sales tactics, including Defendant’s misrepresentations about being locally licensed funeral homes, providing funeral services without a state license, and other misstatements of material facts.”

Last week, it seemed the federal government was attempting to do something the states simply couldn’t achieve individually — completely banning Damiano and his companies from hurting any more families through their deceptive practices anywhere in the United States.

The complaint alleges that Damiano and his firms violated the FTC Act and the Funeral Rule by “misrepresenting themselves as local providers and charging people substantially higher prices than advertised.”

The FTC complaint, entitled United States v. Funeral & Cremation Group of North America, LLC, alleges that when a consumer finds the company’s various websites when searching for local cremation services, the sites promise “compassionate community service close to home.” In reality, the websites are simply optimized with landing pages that insert the city or town the person searches. For example, the search query “cremation providers in Abbeville, Alabama” would take the searcher to a webpage titled “Trusted Cremation Services in Abbeville” — even though the company has no physical location in Abbeville.

According to the complaint, this ruse was also carried out when consumers called the company, as Damiano’s representatives would confirm that they were either a local establishment or that they work with local crematories, even when their closest deathcare partner was more than an hour away.

The FTC complaint also accuses the companies of refusing to provide the name of their third-party provider when consumers asked for the actual location of their loved one’s remains. Damiano’s employees were directed not to provide this information until after the customer paid.

Speaking of payment, the FTC alleges that although the companies promoted $695 “all-inclusive” packages, they’d often “pile on multiple fees and charges.” When customers balked at the price, they might withhold a death certificate or add a charge for switching to another provider.

The companies’ Funeral Rule violations include:

No matter how frustrating the Funeral Rule can sometimes be for deathcare professionals, it’s good to know that it also has a role in (hopefully) ridding the industry of bad players like Damiano.

“Preying on consumers when they are dealing with the loss of a loved one is outrageous, and it’s illegal,” commented Samuel Levine, the director of the FTC’s Bureau of Consumer Protection.

The Department of Justice filed the complaint with the U.S. District Court for the Southern District of Florida, which is where Damiano lives. The potential penalty is up to $46,517 for each violation. The DOJ is seeking civil penalties and monetary relief for victims, plus a permanent injunction to prevent future violations of the FTC Act and the Funeral Rule.