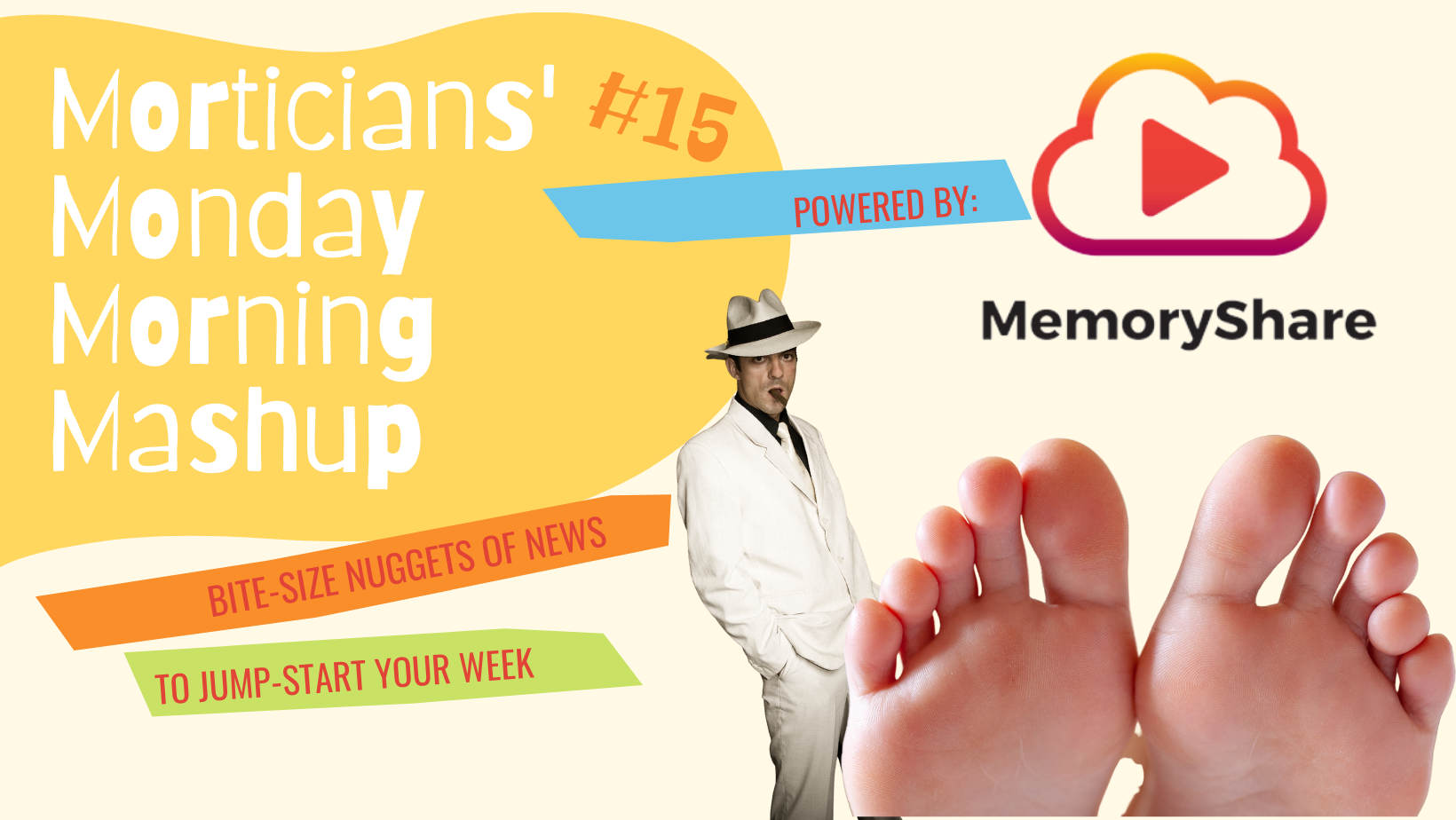 Welcome to the fifteenth edition of Morticians’ Monday Morning Mashup, where we’ll serve up bite-sized, easily-digestible nuggets of the deathcare news you need to crush conversations in the week ahead. Bon appetit!

Where’s the IRS Line Item for “Amount Embezzled from Employer?”

Pro tip: If you’re going to embezzle money from your employer to fund your lavish lifestyle, you gotta invite the IRS to the party. Terry Harmon’s first mistake was stealing about $2 million from his employer, Caring Funeral Services of Los Angeles. From 2009 to 2012, Harmon reportedly redirected third party checks and used his business partner’s signature stamp to cash and deposit to his personal account. When the FBI found out, Harmon was sentenced to 27 months in prison for the crime itself and for lying on his tax returns — for not paying taxes on his ill-gotten gains.

Remember The Sopranos, the HBO hit series featuring James Galdolfini as a stressed out mobster? The storylines and language could get a little raunchy at times, but what would you expect from HBO — and the mob? However, a recent book by a former producer of the show tells a story about one time the show’s script went too far. Apparently, the cast and crew were filming a scene in a “little old conservative Italian funeral home” in NYC which included a line about the deceased and her, um, sexual exploits. It was too much for the owners, who promptly expelled the entire entourage. Seems it doesn’t matter how important you are or whether you’re attending a legitimate funeral or not — some lines are just not meant to be crossed!

DeathTok May Be a Thing, but So Is Respect for the Deceased

Just two weeks ago we mentioned the rise of DeathTok: TikTok videos by deathcare workers. DeathTok can be a good thing when the creator is just trying to provide insight and education into a seemingly mysterious profession. It’s NOT appropriate, though, to use the platform to launch a comedy career by disrespecting the deceased. A New England “body transporter” may be barred from practicing after posting videos where he jokes about one person’s death from a heroin overdose and plays with another deceased person’s toes. The guy’s employer had no idea. It begs the question: Do you know what your employees are posting while they’re on the clock?

Some of you may have read this headline and thought, “Just 30 years? Amateur.” Being on call — and responding to those calls — on holidays is just part of the job, albeit a part that’s difficult for others to appreciate. Perhaps in an effort to change that, Armaghi.com, an Irish news outlet, featured funeral director Alan Wray in its Christmas Day edition. Wray spoke for the entire profession when he said, “Christmas Day is the same as any other day in terms of business. It is not a problem, I don’t get upset about it or frustrated about it, I just accept that it is what has to be done.” Kudos to every one of you who sacrificed your holiday celebrations to answer the call on Christmas Day. It’s just one more reason you’re superheroes.