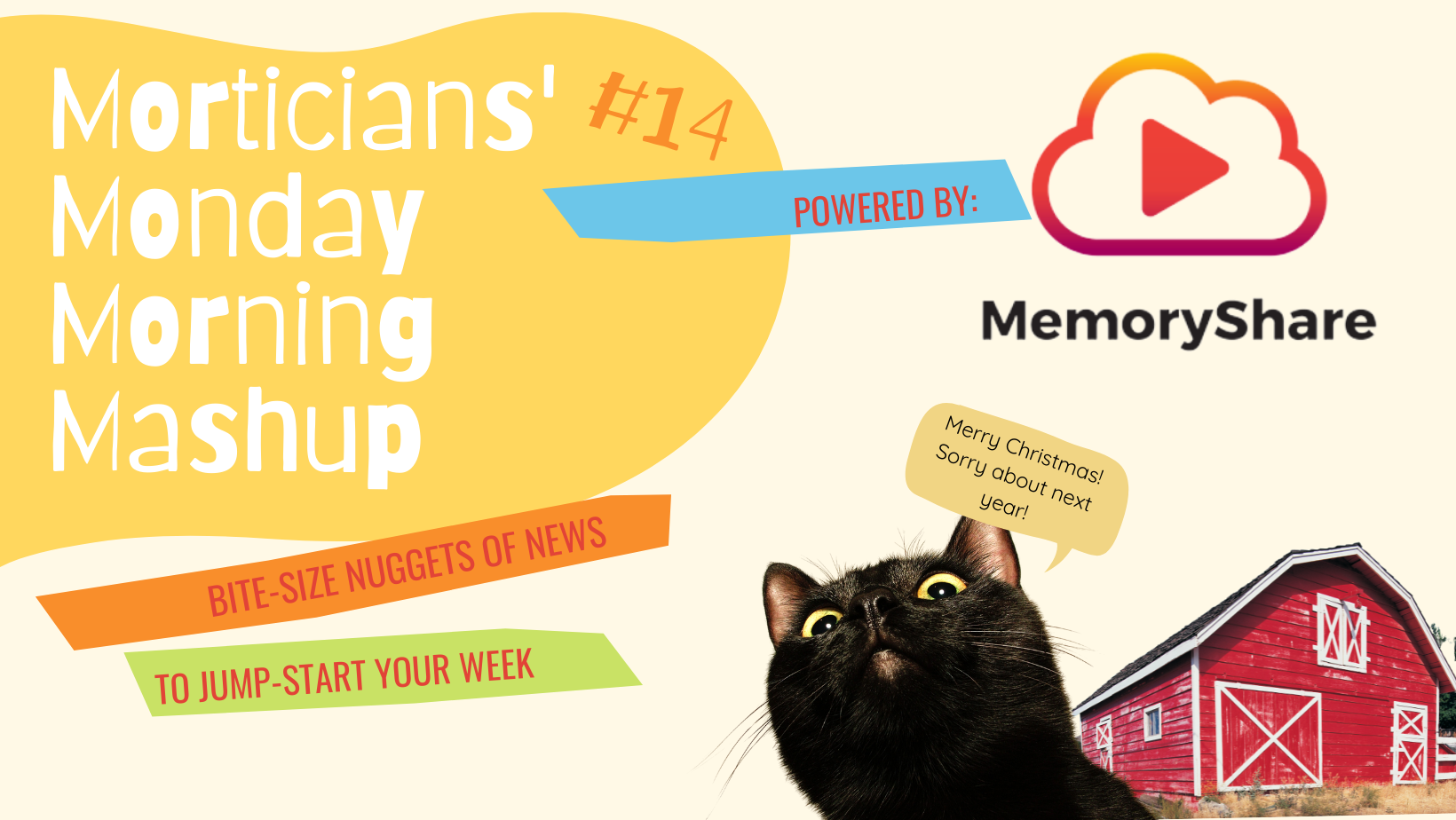 Welcome to the fourteenth edition of Morticians’ Monday Morning Mashup, where we’ll serve up bite-sized, easily-digestible nuggets of the deathcare news you need to crush conversations in the week ahead. Bon appetit!

Remember Solace, the online cremation-only service founded by former Nike execs? It’s been a few months since we shared their customer-centric, low flat-fee cremation with Connecting Directors readers. Now it seems Solace has added to its simple $895 repertoire of pickup, cremation, paperwork, and return of cremains (death certificates are extra). Their recently-launched Solace Urns offers two urns created from 3D-printed clay, priced at $195 and $595.

According to a recent Associated Press report, Missouri governor Mike Parsons has appointed four new members to the state’s Board of Embalming & Funeral Directors — after terminating four others. The AP report explains that the firings and hirings came amid complaints from funeral home owners that these members “had beefed up inspections too much after one crematory was found in such disrepair that body fluids were leaking onto the floor.” There’s SO much more to this story, and Kansas deathcare attorney Bill Stalter has done a great job of telling the tale in his blog — including why this particular governmental authority is nicknamed the “Gotcha Board.”

Thanks to an outdated 100-year-old law, anyone can get into the funeral business — and we do mean anyone, with or without proper licenses, facilities, or training. According to this article, the pandemic proved fruitful for these rogue would-be directors, some of whom hired folks to pick up bodies (for $25 of unreported income a day) in the same personal vehicles they use to transport vegetables or take their families to church. They’ve tended to bodies on office desks and used unrefrigerated barns for storage. Thankfully, legit deathcare professionals are campaigning to change the rules and “put a nail in the coffin” of the unregulated underground funeral industry (pun intended).

Share These Christmas Superstitions With the Fam if You Want to Ruin the Holidays!

Remember Debbie Downer from Saturday Night Live? The lady who ruined every gathering with her negativity about, well, everything? Well, if you want to be a Debbie Downer this Christmas, just start telling your guests about these anything-but-merry Christmas superstitions gathered by Chris Raymond of Funeral Help Center.

According to Chris’s list, many folks believe you WILL DIE in the next year if you:

With that, we at Connecting Directors wish you intact salt piles, mute cats, and five-pointed apple cores this holiday season!