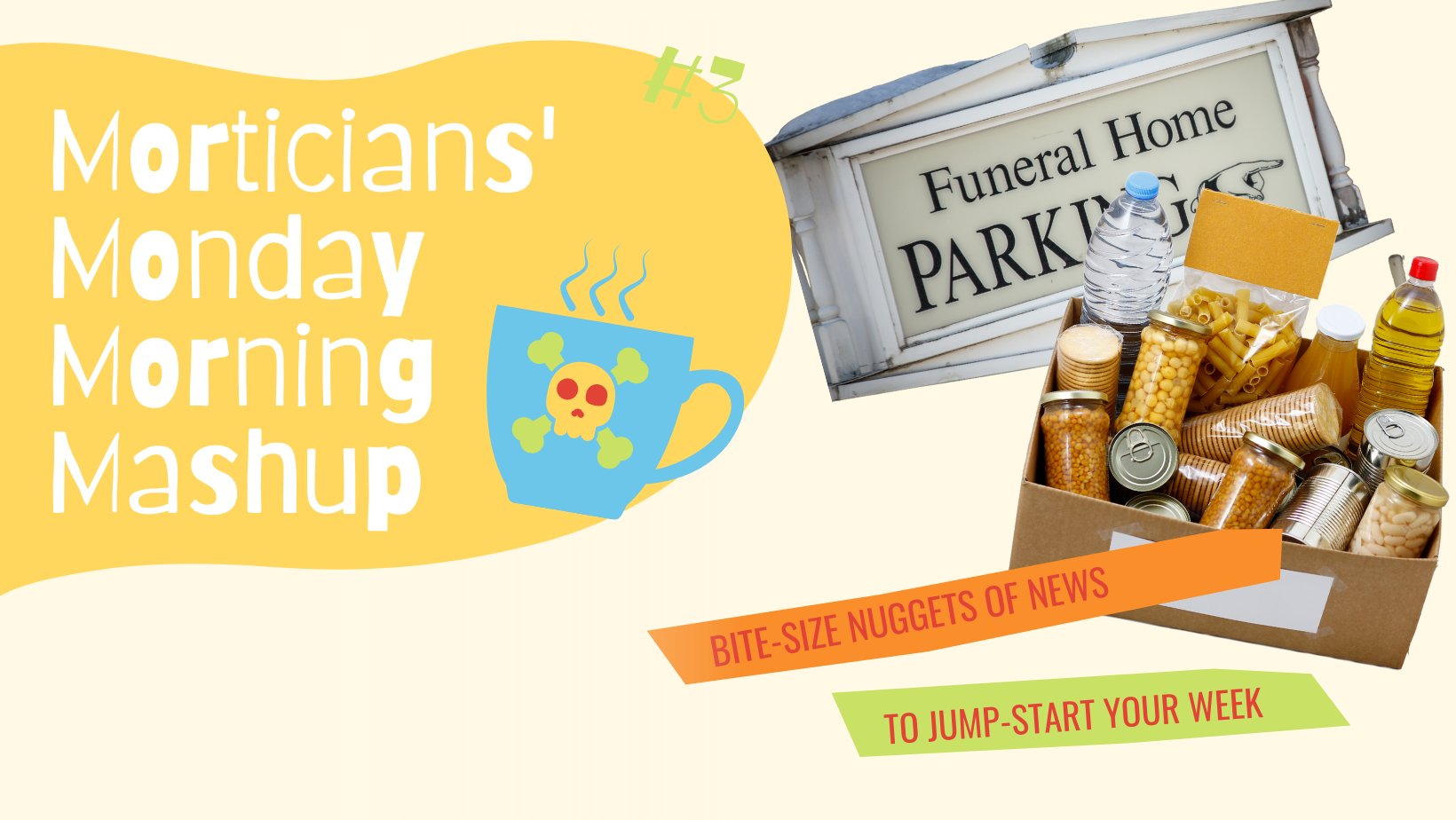 Welcome to the third edition of Morticians’ Monday Morning Mashup, where we’ll serve up bite-sized, easily-digestible nuggets of the deathcare news you need to crush conversations in the week ahead. Bon appetit!

Everybody Wants to Be a Funeral Director

You’ve heard of speakeasies and illegal gambling dens, but underground funeral homes? Who does that? Apparently (and allegedly), Shawnte Hardin of Ohio does. Hardin, who is not a licensed embalmer or funeral director, is currently under investigation for running an illegal funeral home and accepting at least two bodies into his care at bargain-basement prices.

First it was diamond experts. Now it’s a random guy on TikTok. Who will be next to question Eterneva’s process for creating cremation diamonds? OK, so yes, TikToker Jacob Phillips (@jakecantcatchabreak) doesn’t seem to have any legit gemology credentials to back up his claim that Eterneva’s lab-grown diamonds are overpriced, probably don’t contain any real cremains, and effectively take advantage of grieving families. Instead, the takeaway here is the extremely concerning way stories like this from everyday Joes can so easily become viral — and be believed.

Last week, Connecticut’s Funeral Directors Association and Department of Veterans Affairs joined forces to provide eight veterans proper and dignified burials with military honors. The remains of these eight men, who served in four wars and three branches of the military and died between 1972 and 2018, were all unclaimed. Our deep appreciation to all who made this possible.

Lending a Hand in New York

Also last week, deathcare professionals in New York state took time out of their super-busy days to give back to the communities they serve. Members and staff of the New York State Funeral Directors Association volunteered to sort and repackage items in five food banks. Good job, New Yorkers!

We’ll break protocol here for a personal story. A few weeks ago my daughter and I visited the historic (and gorgeous) Graceland Cemetery in Chicago. As we meandered through what my daughter called my “natural habitat” (I love genealogy and therefore, cemeteries), I was shocked to see not one, but two coyotes cross our path. They were actually harmless, and tagged, and had zero interest in us, and as it turns out, wild animals in cemeteries aren’t all that uncommon. Foxes, deer, eagles, raccoons — they’ve discovered our secret: Hanging out with the dead is a lot more peaceful than dwelling with the living.