Portraying Death in Advertising: Is It Really Still Taboo? 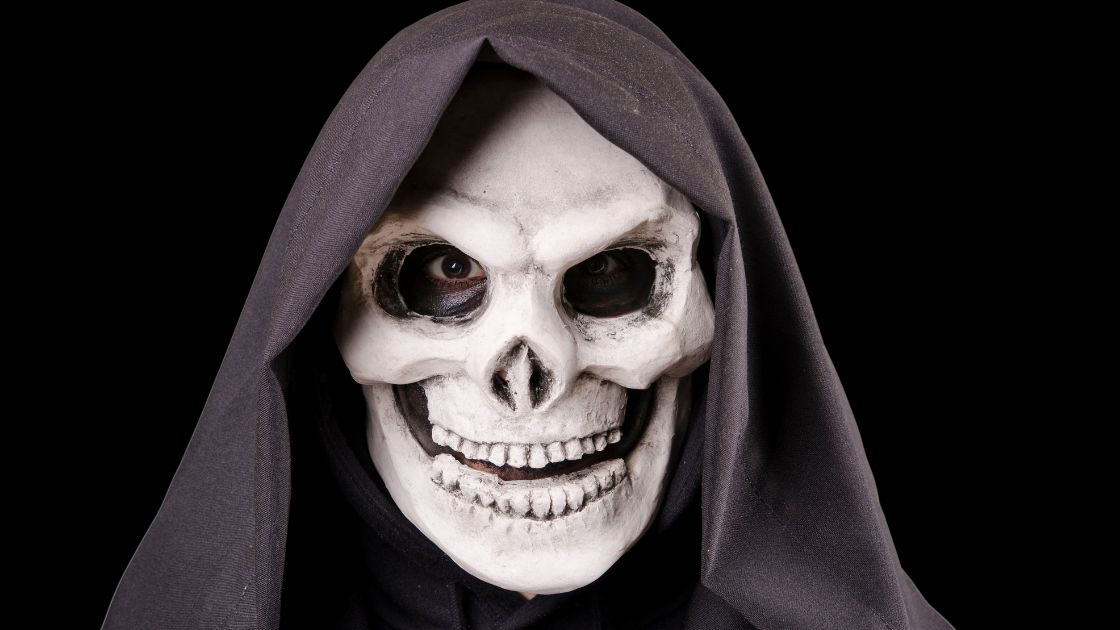 Portraying Death in Advertising: Is It Really Still Taboo?

The Netflix premiere earlier this year of the reality show “Buried with the Bernards” sparked some interesting conversations among deathcare professionals. One of the (many) points of contention was the content and context of the Bernard family’s funeral home’s TV commercials. One memorable spot featured wacky employee Uncle Kevin popping out of a casket in surprise at the low, low cost of a funeral. Whatever your opinion of advertising deathcare services — especially in a tongue-in-cheek format — we can’t deny it worked for the Bernards. After all, those commercials are what snagged the attention of the folks at Netflix.

Advertising end-of-life services — from life insurance to cremation — can be tricky, for sure. It’s understandable that the portrayal of death is necessary, but it’s usually handled delicately, subtly, and respectfully. So how should we feel about non-deathcare organizations using death in their advertising to sell products and services like burgers and contact lenses? Some believe it’s still taboo, but according to a new study, that might be changing.

In the fall of 2020 the International Journal of Advertising published a study entitled “Death in advertising: the last taboo?” Authors Jane Caulfield, Michelle Day, and Barbara Phillips, researchers at the University of Saskatchewan in Saskatoon, Canada, set out to answer two questions:

Twenty consumers, ten men and ten women in two age groups — 20 to 29 and 65+ — participated in the study. The researchers showed them six relatively recent television ads for non-death related products. However, before they actually saw the ads, the researchers asked the participants what they thought they’d feel about them.

Interestingly, young adult participants said they’d probably dislike all of the ads portraying death. They thought the ads would be “ineffective and offensive because these participants expressed a strong fear of death.”

The older participants were more accepting of the death-in-advertising concept. However, they were concerned about the tone of the portrayals and how “tasteful” the portrayal would be. In other words, senior participants “wanted to see a depiction of a ‘good death’.”

In addition, no one thought they’d like an ad that used humor to portray a death. “If it was comedic or something like that,” said one participant, “I think it would be distasteful.”

Each of the six ads the researchers showed to study participants ran in 2016 or 2017. Researchers labeled two of the advertisements as “realistic,” meaning they are serious and aimed to be heartwarming. The other four are labeled as “distancing.” These are typically humorous or use animation or non-human characters.

One of the realistic ads was created by Volkswagen to promote their Atlas SUV in 2018. In the ad, three generations of a family take a grandfather’s ashes with them across the country to fulfill his last wish:

Another ad shown to the participants, a distancing option, is reminiscent of the last decade’s hilarious “Dumb Ways to Die” cartoon PSA. In this ad, Volvo uses a silly jingle and an unfortunate series of events to illustrate the effectiveness of its car’s Autonomous Driving System:

Remember the age ranges in this group of survey participants? It turns out that age was an important factor in how they received each ad. For example, seniors didn’t like that every person who dies in the Volvo ad is played by an older actor.

“What they’re trying to say is buy a Volvo because it’s a safe car,” one older participant said. “What they’re saying is, old people are stupid and need to be protected. From themselves.”

On the other hand, younger participants preferred ads where they “could take the perspective of the survivor,” the report reads. “Their fearfulness [of death] decreased when the deceased person in the ad was not like them.”

Participants of all ages agreed on a few salient points, though. Both younger and older participants thought the VW Atlas ad was heartwarming and showed “family solidarity” in carrying out the grandfather’s last wish. Likewise, both groups were offended by the dangling legs in the “D is for Dora, hanging out with her friends,” clip in the Volvo ad.

“Suicide is such a huge thing in society that I don’t think it’s something that you should just casually throw in as a kind of comedic joke in an advertisement,” one participant said. Others thought the serious subject of suicide was incongruous with the lighthearted, cheery song in the ad.

The goal of this study was to measure reactions to the effectiveness of using death in advertising non-death related products and services. However, that doesn’t mean the deathcare community can’t learn from its findings. Consider the following:

If you’re targeting older adults — in a preneed ad, for example — take a cue from the feedback of this study’s age 65-and-over participants. The study concludes that most of these folks were “more accepting of death ads in general,” and “felt death was a natural part of life.” Rather, they prefer ads that “promise a peaceful death and a lasting legacy” like the realistic ad for the VW Atlas.

Their main concern was a “tasteful tone.” Any ad that portrays seniors as “stupid or helpless” or uses other negative stereotypes will not be well-received. Using this feedback, how about an ad for your funeral home’s preneed program that shows competent older adults leading active lifestyles?

Stay away from shocking content and controversial manners of death

You know better than anyone how many lives, young and old, we lose every day due to suicide, homicide, and tragic accidents. The community you serve knows that too, but that doesn’t mean they want to think about planning a funeral for a loved one whose life was taken too soon. This study shows that younger people are “more fearful of death” and prefer ads where they can take the role of a survivor rather than identify with the deceased. They don’t want to think that it could happen to them, too.

This held true with non-death products, too. In the VW ad, we didn’t have to witness grandpa’s funeral to know he was dead. Likewise, rather than showing your retort in an ad for your crematory, why not mimic VW and portray a loved one’s family as they prepare to reverently and calmly dispose of cremains?

Whether or not you use humor in your ads is up to you. However, it seems unlikely that most deathcare organizations would take that approach. Portraying death in an irreverent or comedic way is a gamble. Only you know your audience well enough to determine if they’ll take the ad the way you intend it.

Of course, you could always follow in the footsteps of the Bernards and hope your wacky uncle is funny enough to land your firm a Netflix gig . . .