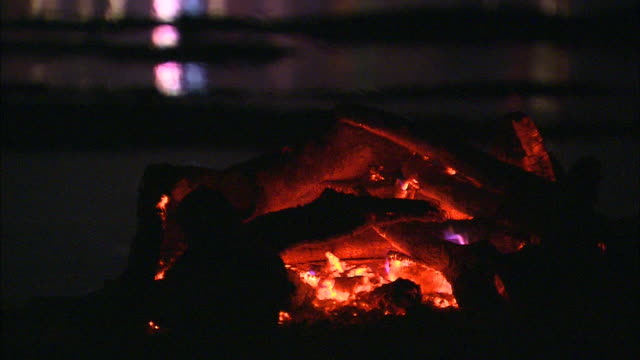 Cremation has increasingly grown in popularity in the United States. However, most jurisdictions still don’t allow the use of open-air cremation, or outdoor funeral pyres. Only two such facilities exist in the country, and only one is public. A Missouri lawmaker proposed a similar bill in 2019. Dubbed the “Jedi Disposal Act,” the proposal became the first bill to be vetoed by new Missouri Governor Mike Parson.

Now, a bill in the Health and Human Services Committee of the Maine legislature calls for legalizing the practice. Proponents call it “a natural way to bring together earth and sky, the seen and the unseen.”

Back in the public eye thanks to popular culture such as Star Wars and Game of Thrones, open-air cremation has been a part of human cultures throughout history, from ancient Danes to Buddhists who continue the practice today. The Vikings believed the smoke from funeral pyres carried the souls of the dead to the next world. Hindus associate the fire of cremation with purity and protection from harmful spirits.

The explicit ban on outdoor pyres in the Western world originated with the advent of modern crematoriums. In 1902, the United Kingdom’s Cremation Act forbade cremation of human remains “except in a crematorium of the opening of which notice has been given to the secretary of state.”

It was an attempt to regulate the budding cremation industry.

Open-air cremation: a return to the elements

The Maine bill would permit non-profit organizations to “carry out open-air cremations, one at a time, and to scatter the ashes on the property.”

The Good Ground, Great Beyond organization is ready to provide the service on its 63-acre facility in Dresden, Maine. Its founder, Angela Lutzenberger, said “people too often became disempowered after a death, turning over the details to a funeral director rather than staying engaged together.”

She believes an open-air cremation lends an added air of ceremony and ritual. She also says it can transform the somewhat medicalized practice of cremation into a meaningful memorial in nature.

The Crestone End of Life Project in Crestone, Colorado, which operates the only public open-air funeral pyre in the United States, highlights the importance of “meaningful, personalized rituals.”

Crestone offers assistance to local residents interested in open-air cremation for themselves or a loved one. They call the practice an “ancient and inspirational end-of-life choice” that “returns the body to its original fire and air elements.”

Maine is already the nation’s leader in cremation as a disposition option. Close to 75% of Mainers choosing cremation over ground burial.

Despite concerns about the environmental and health impacts of the procedure, “a report for the United Kingdom’s Ministry of Justice, Ivan Vince, an expert in combustion science, looked into the environmental and health risks connected to open-air cremation and found nothing to worry about.” According to the report, “health risks are negligible beyond 500 meters and even those close up are taking no greater risk than they would at a bonfire the same size.”

The Maine bill would require organizations to conduct open-air cremation on a facility at least 20 acres in size.