Actors, Athletes, and Alt-Rockers Who Worked in Deathcare 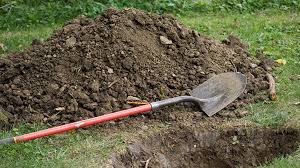 Actors, Athletes, and Alt-Rockers Who Worked in Deathcare

Our recent story about baseball legend Andre Dawson’s second career as a funeral home owner got us thinking: Have other famous people been drawn to deathcare? We found some actors, athletes, and two alternative rockers who fit the bill.

“I started when I was 17,” Davis recently told Ultimate Guitar. “There was actually a class in high school, it’s called ROP – Regional Occupational Program. So I’m like, ‘I wonder what it’s like to go cut up dead bodies…’ I finally got in, and I started doing autopsies at 17. Then I went to the San Francisco College of Mortuary Science and became a mortician, came back here, was an embalmer, and then at night I would go to the coroner’s office and I was studying to be an investigator so I didn’t have to get my hands dirty, per se, doing an autopsy.”

He may be better known for his roles in hilarious 80s films and on TV’s Taxi and It’s Always Sunny in Philadelphia, but at one time he was a hairstylist. He practiced his art as a beautician in his sister Angela’s New Jersey beauty parlor from age 19 to 21. Some of his clients were less chatty than others.

“I was a hairdresser for corpses,” reveals DeVito on the George Lopez show. “I used to go to the mortuary. There she would be – it was only women’s hair I did – and she didn’t talk back.”

New York Yankee Waite Hoyt was best known as “Schoolboy” because he signed a major league contract as a 17-year-old high school student. However, his second nickname was “The Merry Mortician. Back in the 1920s when Hoyt was a Giant and then a Yankee, players didn’t make the millions they do now. Thus, Hoyt had to take on second jobs in the offseason. In addition to performing in vaudeville, Hoyt worked as a mortician at his father-in-law’s funeral home. Hoyt was inducted into the Baseball Hall of Fame in 1969, joining his friend and drinking buddy Babe Ruth.

Whoopi Goldberg has worn a lot of hats throughout her professional career, but one of the most surprising may be “licensed beautician.” At one point she practiced her skills at a funeral home.

“It’s a rough gig,” Goldberg told Oprah’s Master Class. “You have to be a certain kind of person. And you have to love people in order to make them worthy of a great send-off.” In the Master Class video, she describes a prank her boss pulled on her as she waited for him to arrive in the embalming room.

“As I start to look around, I see that one of the drawers is moving — and it’s moving out, it’s opening. As my brain puts together the fact that the drawer is opening — we don’t see anybody pulling the drawer open — at the same time, I’m getting up to run. It’s all coming together at the same time,” she says. “The drawer is really opening, and this thing happens where I see this: [My boss sits up and says,] ‘Hello there.’ I run, boom, into the door. Knocked myself out.”

The nickname “Gravedigger” was an apt one for former Detroit Tigers third baseman Richie Hebner. Throughout his 18 years in the major leagues, Hebner did double duty digging graves at his family-owned cemetery in Massachusetts. Today, at age 72, he still drives a hearse for two funeral homes.

“My father is supervisor of an old Jewish cemetery outside Roxbury, Mass.,” Hebner told Sports Illustrated in the magazine’s August 10, 1970 edition. “In a good winter I’ll dig 50 graves. It’s good work. I get 25 bucks a grave. If it has snowed, you just use a pick and shovel—scoop away the snow and the ground is good and soft. But if it hasn’t snowed, the ground might be frozen two feet down. You have to use a pneumatic drill. One time last winter the ground was so hard and the weather was so cold I said, ‘Ah, that’s deep enough.’ There’s a law that a grave’s got to be so deep, five feet or something, and the rabbi says, ‘That’s not deep enough.’ ‘Did you ever see one get out?’ I asked him.

“I got lots of stories. One woman, they forgot to take off her wooden leg, and we had thrown several shovels of dirt on her already when somebody came up and said we had to get her back out so they could get her wooden leg. Another woman fell into the grave in the middle of the service. Did a header. ‘Get her out, get her out,’ the rabbi was yelling. I said, ‘Naw, leave her in there and give her a discount.’ The rabbi looked at my father and said, ‘Who is this you’ve got digging graves?’ “

People Magazine’s Sexiest Man of the 20th Century has achieved incredible things in his 90 (!) years, but his beginnings were pretty humble. He left school to work to support his family and joined the Royal Navy at 16. Leaving there after a three-year stint, he worked a series of odd jobs, including one as a “coffin polisher.”

A 1991 newspaper article posted to the Stark Insider blog says Connery worked for a Mr. Stark in Haddington in the United Kingdom. In the article, Connery reveals that “during his time as a coffin-polisher, he had regularly bleached mahogany coffins to make them look like oak.”

Joe Strummer, Frontman for The Clash

Before he rocked the casbah with The Clash, the late Joe Strummer (born John Graham Mellor), dug graves. In the early 1970s he was signing playing guitar for a series of pre-Clash bands. To make ends meet Strummer worked as a gravedigger in St. Woolos Cemetery in Wales. In an interview with Spinditty, Richard Frame, a longtime friend of Strummer, said this job wasn’t the best fit.

“He thought he was fitter than he was, but he was useless as a grave digger,” Frame said. He also shares that Strummer was fired after he was caught sleeping in a grave.