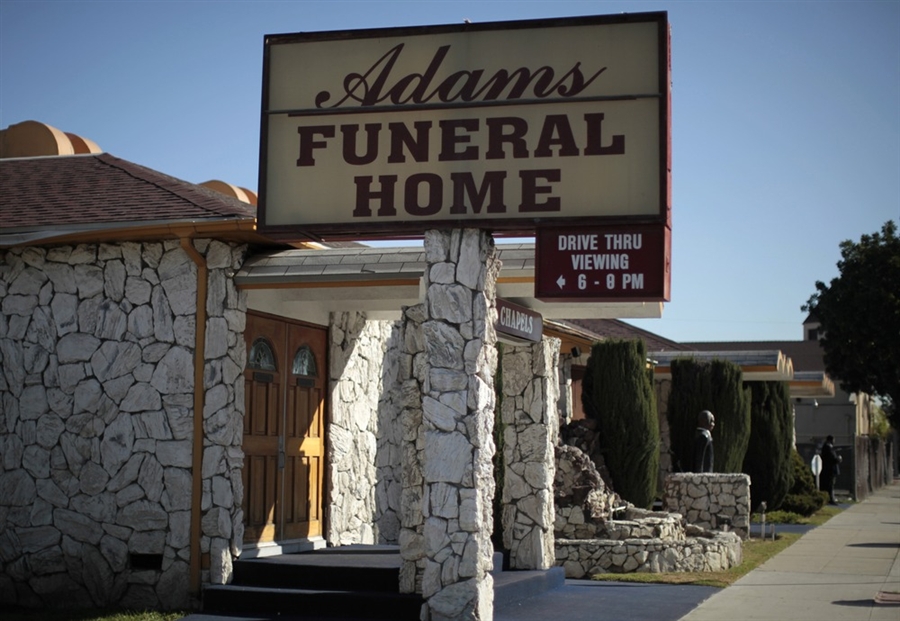 Want fries with that? Not a likely question you’ll be asked at this drive-thru.

For nearly 40 years, a funeral home in southern Los Angeles county has been adding a dash of convenience to the business of death.

The mortuary, located in Compton, claims to offer an efficient way for prominent members of the community to be viewed en masse. Elderly who have a hard time walking don’t have to leave their cars.

One possible reason for the drive-thru’s success could stem back to the 1980s, when Compton was a hotbed for gang violence. The LA Times reported that cemetery shootouts made gang members reluctant to gather for graveside services. And since the glass partition of the Robert L. Adam’s funeral parlor is bulletproof, it became a popular location for gang funerals.

Owner Peggy Scott Adams, who married into the business in the late 80s, carried on the drive-thru tradition when her husband died in 2005.

“You can come by after work, you don’t need to deal with parking, you can sign the book outside and the family knows that you paid your respects,” Scott Adams told the Times. “It’s a convenience thing.”

There are a few other drive-thru funeral parlors across the U.S., with at least one in Chicago and Louisiana.

Thank you to Mary from ASD and Colin from MySendOff.com for emailing this link to us!