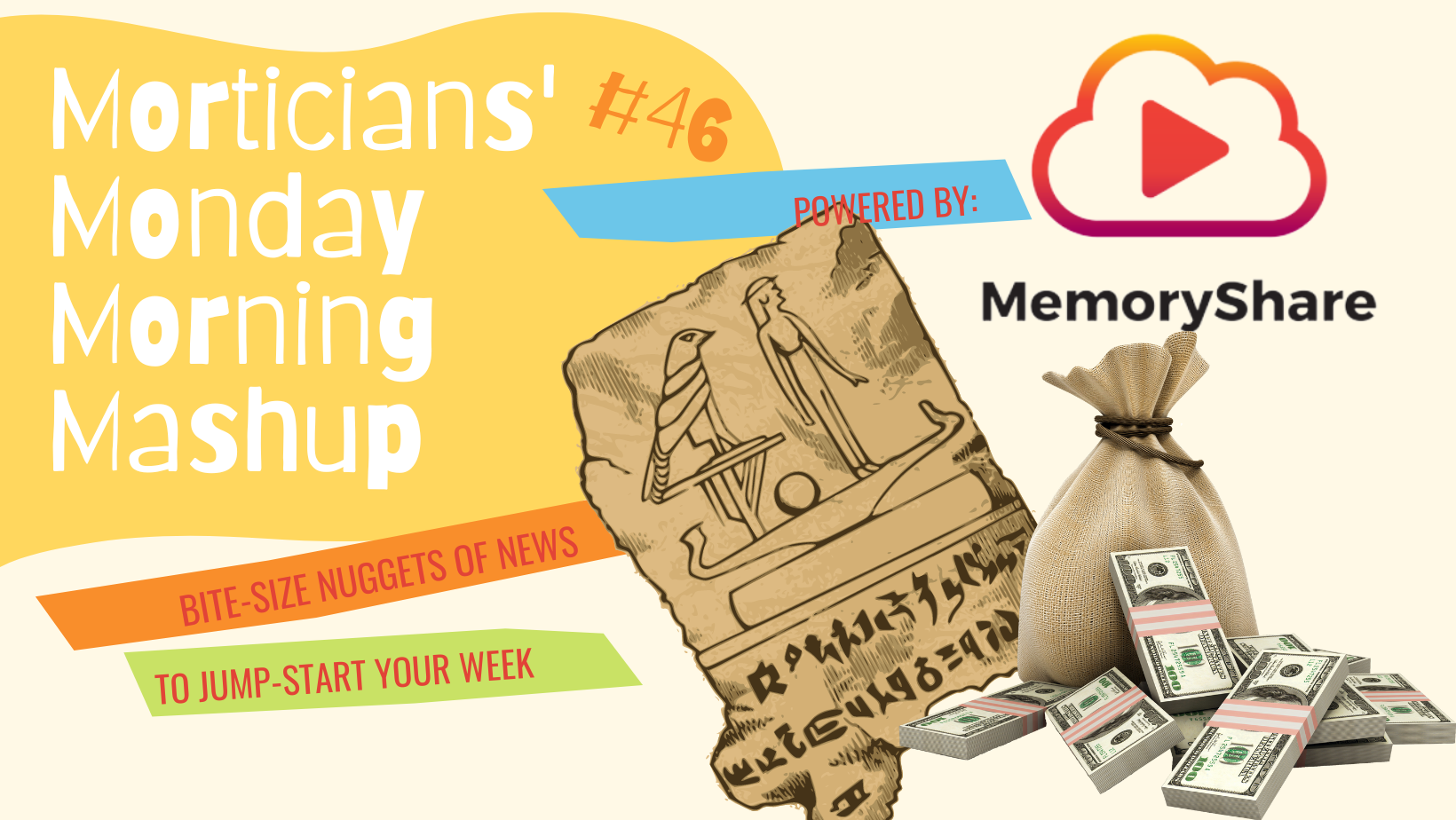 Welcome to the forty-sixth edition of Morticians’ Monday Morning Mashup, 4M #46, where we’ll serve up bite-sized, easily-digestible nuggets of the deathcare news you need to crush conversations in the week ahead. Bon appetit!

An Alabama embalmer is trying to shed light on unusual blood clots he believes are being caused by COVID-19 vaccines. Richard Hirschmann, who has worked as an independent contractor for more than 20 years, told the 1819 News that he’s been “gathering evidence” and has over 100 photos of long, stringy, rubbery clots — including some that include microscopic flecks of metal that one biochemist hypothesizes are similar to those found in some of the vaccines. He asserts that in most cases, neither these clots nor COVID are being recorded as an official cause of death.

To solve the mystery of the clots’ construct and cause, Hirschmann is working with a radiologist who has tried to submit samples to various labs for testing, with mixed results; two turned him down flat. Now Hirschmann is sharing his suspicions with the press in the hopes that someone will simply perform a proper, thorough scientific investigation, and if necessary, take appropriate action.

Still others are stating there’s not enough evidence to support a claim against vaccines and/or the reports are part of a hoax that’s not based in fact.

ProPublica puts Pinelawn in the spotlight

If you’ve never featured on the virtual front page of ProPublica, you should probably be relieved. This independent, nonprofit news outlet describes its content as “investigative journalism with moral force,” adding that they “dig deep into important issues, shining a light on abuses of power and betrayals of public trust.” Therefore, entities that end up in ProPublica’s crosshairs probably aren’t thrilled about it, and chances are the outlet’s exposés leave their subjects with some ‘splainin to do.

Last week a deathcare provider, Pinelawn Cemetery in New York, was in the ProPublica spotlight. You’ll definitely want to read the entire expansive expository article for the whole story. In a nutshell, though, it describes how the family which has owned Pinelawn since 1902 has enjoyed increasingly impressive dividends through the years — and especially during the pandemic — from its nonprofit cemetery.

“I had to embalm my brother,” is a better work excuse than car problems or a sick pet, I suppose…

Why … Just why? Cemeteries should be sacred places (yes, I know, you’ve heard this in many 4Ms), yet they continue to be backdrops for bad acts, like these that occurred just in the past week: