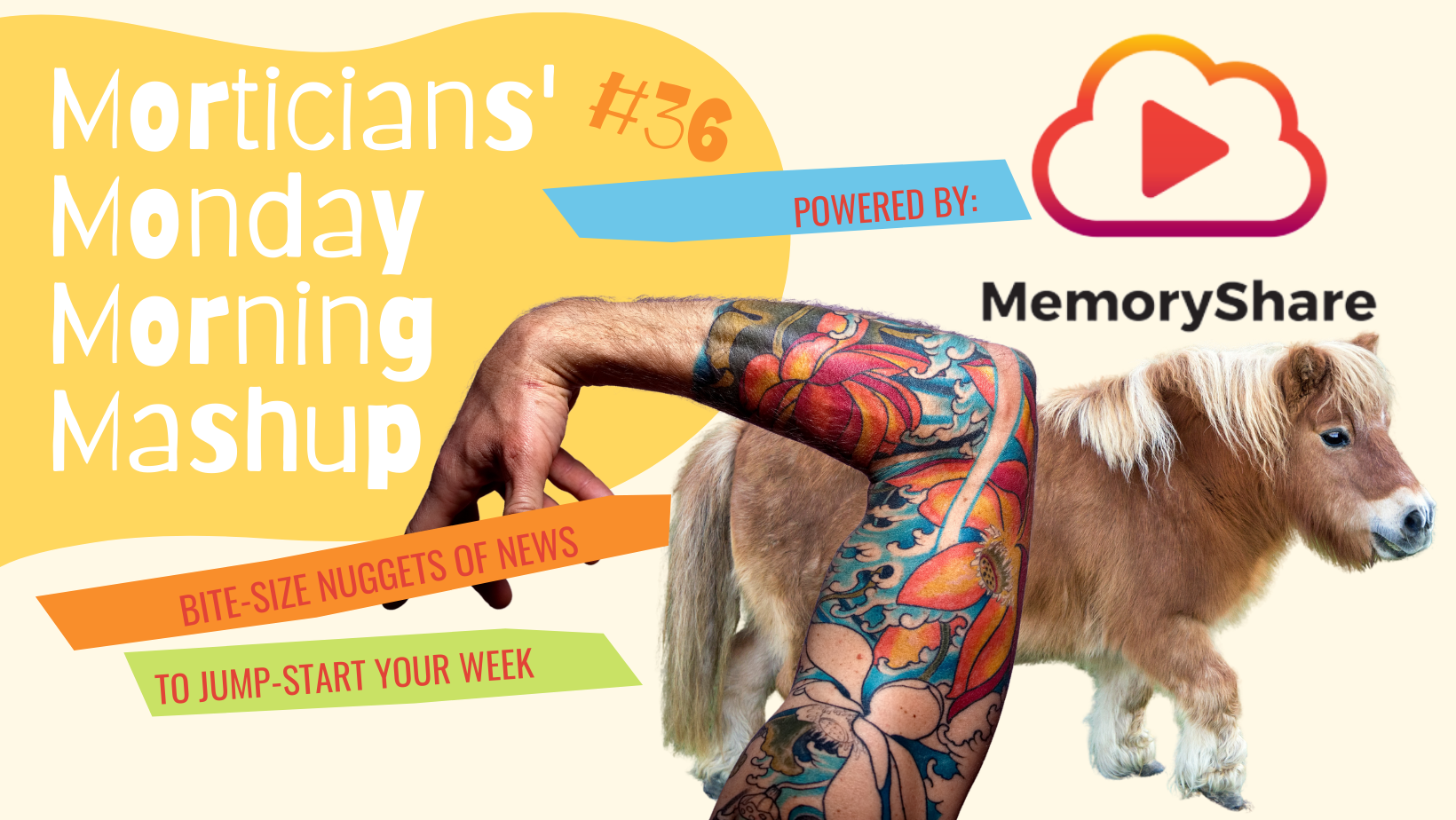 Welcome to the thirty-sixth edition of Morticians’ Monday Morning Mashup, 4M #36, where we’ll serve up bite-sized, easily-digestible nuggets of the deathcare news you need to crush conversations in the week ahead. Bon appetit!

Some deathcare organizations with the venerable words “Legacy” or “Heritage” in their names have found themselves collateral victims of the federal government’s lawsuit against Funeral & Cremation Group of North American — which does business as Legacy Cremation Services and Heritage Cremation Provider. As news of the (much appreciated) suit spread through the mainstream media last month, some members of the general public have inadvertently associated some reputable companies like California’s Legacy Funeral and Cremation Care with the entity being sued. According to The San Diego Union-Tribune, Legacy’s La Mesa location has experienced a 70% to 80% drop in calls, and employees are finding themselves guilty “by association” for working there. The legit Legacy has launched a PR campaign to formally disassociate themselves from the less reputable entity, and we wish them the very best in this unfortunate situation.

If anyone thought managing a cemetery was a cake walk, the plethora of recent cemetery-related news might make you think twice. Last week’s 4M #35 shared two stories of injuries and lawsuits from falling tombstones; one of these victims was killed. In previous editions we’ve talked about disastrous driving lessons damaging graves, unidentified bodies being abandoned on the grounds, overzealous landscaping, and all sorts of terrible crimes. This week, the hits just keep on coming:

Believe it or not, those are just a smattering of the stories about cemeteries that popped up in our newsfeeds last week. We’re just saying, your local cemeterian might need a pony to pet.

On a lighter note …

Most deathcare providers thrive on referrals and word-of-mouth advertising, so it makes sense that you could also learn tips and tricks from your fellow funeral homes, crematoria, and cemeteries. Here are a few good ideas we’ve seen recently that might be adaptable for your space:

What’s next … tats of DNRs?

What would we do without Reddit? Without this wacky public forum and its popular “interestingasf**k” subreddit, we’d never learn about those really important news items, like this one: A tattoo that spells out explicit instructions for delivering the anonymous poster’s body to cryonics organization upon his death.