Funerals Continue in Ukraine Amid Fighting, But Russian Soldiers Aren’t So Lucky 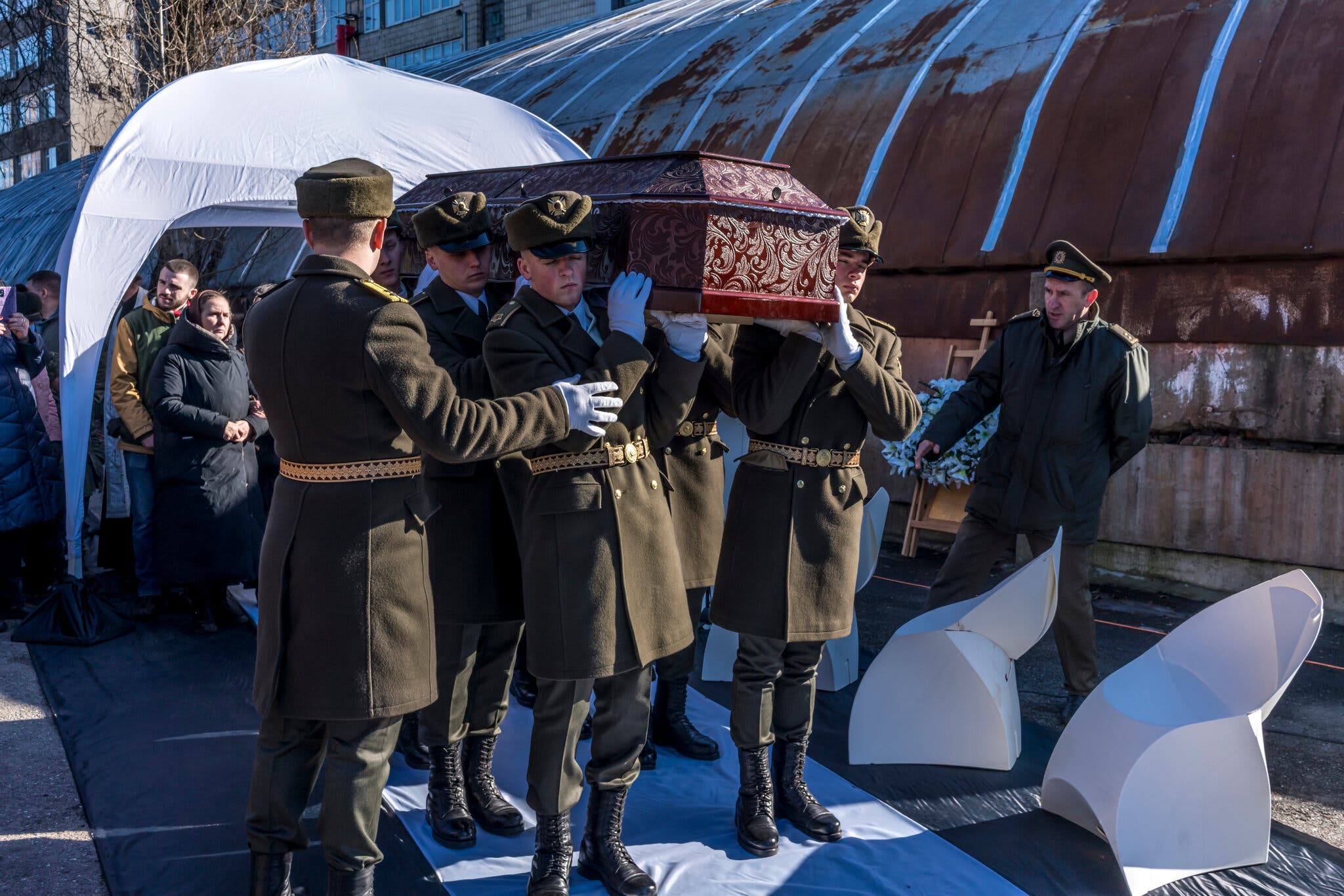 Funerals Continue in Ukraine Amid Fighting, But Russian Soldiers Aren’t So Lucky

It’s difficult to watch the ongoing, unprovoked devastation in Ukraine, but at the same time, Americans are glued to our television sets, anxiously awaiting the next news report. For the naturally empathetic and compassionate members of the deathcare profession, watching the growing death toll — especially among innocent Ukrainians — must be excruciating. Despite the inherent danger, though, Ukrainian families are still providing proper funeral rites and burials for those killed at the hands of the Russians. Those responsible for the violence, though, aren’t receiving the same courtesies.

Burying the dead amid crisis

The world changed on Thursday, February 24, 2022, when Russian President Vladimir Putin’s troops officially invaded Ukraine without officially declaring war. The first deaths due to the conflict, though, occurred days earlier.

On Saturday, February 19, Captain Anton Sidorov, 35, was killed by shelling from Russian artillery weapons while protecting the front lines in Eastern Ukraine. Family, friends, and his army comrades mourned Sidorov, a Ukrainian intelligence officer, on Tuesday, February 22 at his funeral and burial as tensions escalated among Russia and the Ukraine.

According to the UK’s Mirror, Sidorov’s widow held the couple’s six-month-old child as she “led the mourners in an emotional ceremony at a Ukrainian Orthodox church.” Sidorov left behind three young daughters.

Ukraine looked very different just 10 days later on Friday, March 4, as 54-year-old Volodymyr Nezhenents was laid to rest. Nezhenents was one of three killed on February 26 in an “ambush Ukrainian authorities say was caused by Russian ‘saboteurs’,” according to the AP. In the thick of the war, a small group of armed reservists carried the coffin of Nezhenets to his final resting place in Kyiv.

Ukrainian Orthodox funeral rites usually involve four events: A prayer service on the eve of the funeral, a funeral mass, burial, and a memorial lunch where loved ones can express condolences to the family. During the funeral service, the casket is left open to allow the celebrant to bless the body with holy water and for attendees to offer a final farewell.

Some sources add that traditionally, the body lies in state for three days, as the Ukrainian Orthodox believe the soul stays near the deceased for that period of time. Additionally, towels and drinking water are left by the casket so the soul can wash away their tears, and mourners are expected to bring an odd number of flowers (they bring even numbers to other occasions where flowers are expected).

As of March 4, the United Nations had recorded at least 752 civilian casualties, while other sources report that more than 2,000 have died. The number of military dead is unknown. Is it possible for every Ukrainian man, woman, and child to be properly laid to rest, especially when their churches and burial grounds lie in the middle of a war zone, and scores of families and friends have fled the country? We don’t know the answer to that question, but we can pray for those families, fighters, and the funeral directors who are working to provide respectful, safe services to every family they can serve.

On March 3, Ukrainian President Volodymyr Zelenskyy announced that Russian troops were bringing mobile cremation chambers with them as they marched through Ukraine. He told the press in Kyiv that the chambers were to be used on the same soldiers who were carrying them.

“These guys are carrying those cremation chambers for themselves,” Zelenskyy said. “It’s inhumane.”

On the same day, Putin recognized for the first time that his military had experienced losses, promising in a public address that families of the dead would be entitled to a special payment of 5 million rubles, or about $50,000. Despite Putin’s previous silence, some families had been notified of their loved ones’ captures and deaths. Ukrainian officials and volunteers are helping captured soldiers contact their families, while a Ukrainian-run website is posting pictures and videos of killed or captured Russian soldiers to help their families track them down.

Bodies of Russian fighters are being abandoned across the Ukraine, and although Russia will not release the number of casualties, Ukrainians estimate they have killed as many as 5,300. Reports of the mobile crematoriums, denial of casualties, and abandoned bodies led a liberal Russian blogger to reportedly write about the Russian dead, “There is no war. No dead. No tombs. People will just be no more. Forever.”

In the meantime, the family of Russian Maksim Khanygin has dug his grave, but has no idea when he will be buried in it.

“A military representative came and said they will not bring my grandson home until after the ‘special operation’ is finished,” Khanygin’s grandmother told Radio Free Europe. Khanygin’s mother was notified of his February 24 death on February 25 — what would have been his 22nd birthday.

Traditional Russian (not Orthodox, necessarily) funeral traditions include serving pies at wakes, leaving a glass of vodka out for the deceased, replacing fresh flowers within the coffin with artificial ones before it’s closed, and walking strictly behind the coffin in procession to the graveside.