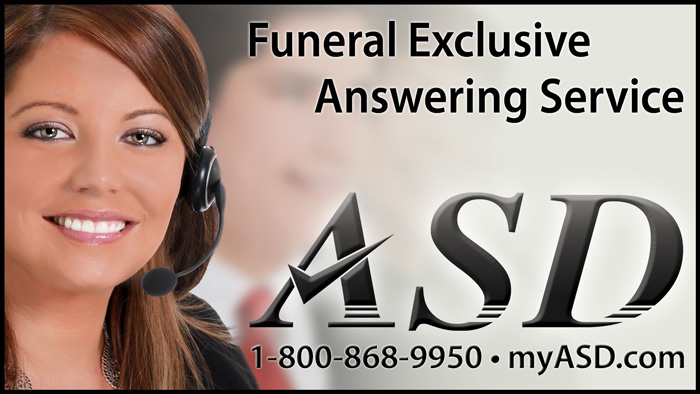 Media, PA—ASD – Answering Service for Directors recently achieved a significant milestone, recording the 10,000thversion update to the company’s answering service system. ASD’s Vice President and Family-Member Owner,MartyCzachorJr., first custom-designed the company’s state-of the-art telephone answeringcomputersystem back in the mid-90s. Since that time, it has been updated 10,000 times with numerous enhancements.

From the early days of call forwarding, to the addition of the ASD Mobile app integrations and the evolution of the company’s remote capabilities, ASD’s funeral home answering service system otherwise known as StationMaster (“SM”), has proven to be highly adaptable and customizable. Each version update represents a new stage in the development of ASD’s technical solutions for funeral homes. The company’s ability to continually refine SM has enabled ASD to develop features and tools specifically for the funeral profession.

It is not a typical thing for an answering service company to develop their own custom-built technologyin-house.Most answering services utilize a third-party software and are therefore at the mercy of those vendors who do not work directly for their company or their clientele.ASD’s flexible technology programs and in-house tech team have allowed the company to remain highly innovative, developingmultiplepatented solutions no other answering service can offer.

One of the most significant updates to impact ASD’s SM was the development of the ASD Mobile app, first introduced to funeral directors in 2011. The app integrated directly with SM, giving funeral directors the ability to review all communications (including written messages and call recordings), update the on-callinstructionson their ASD account, send funeral service details for ASD to relay to callers, and set up automated communication methods such as texting and push notifications.Directly linking SM to the ASD Mobile app has dramatically transformed communications for thousands of funeral professionals across the country.

The introduction of mobile phones ushered in a new wave of technical advancements. ASD was able to remain on the forefront, creating solutionsto helpfuneral directors be more efficient. These automated processes built into SM eliminated the need for a lot of manual work, allowing funeral directors to reply to their messages via text or mobile app rather than having totake the time tocall ASD to have their messages read aloud.

The most recent major update to SM occurred when ASD sought to expand the company’s remote capabilities. ASD began exploring these options several years prior to the pandemic to help its staff work safely and effectively from home during major weather events. The company’s Technical Team established an ultra-secure VoIP link which ASD Call Specialists use to easily access SM from their home computer. When COVID hit, ASD was able to seamlessly transition to a completely work-from-home model. Of course, moving its entire workforce to a remote system required a great deal of SM updates.  ASD’s in-house technology team spent the better half of 2020 upgrading computer hardware and software along with implementing many custom improvements to SM to handle COVID-related requests.

While these big updates are certainly noteworthy moments in the history of SM, Marty and ASD’s TechnicalTeamalso add small but importantenhancementsto the system on an almostdaily basis.Just about every day,all of ASD’s employees will receive a message instructing them to update their computer to implement a new code of programming. Take for example the recent updates made leading up to the 10,000thversion update. Most of these updates revolved around code changes to better support remote training, making it simpler for ASD Training Specialists to remotely screenshare with new employees.

“My brother is the last person to toot his own horn, so I have to do it for him. What Marty and his team have been able to achieve is truly remarkable,”said ASD Vice Presidentand Family-Member Owner,KevinCzachor. “StationMasteris Marty’s creation – he began programming it more than 25 years ago and has never stopped looking for ways to make it better. He loves talking to funeral directors to find out what new solutions he can develop to make their lives easier.He is so passionate about helping funeral directors streamline their processes. It’s amazing that today we still have a few clients who call in and ask us to read messages, but the vast majority have discovered how ASD’s technology can make their lives better.Innovation is such a huge part of ASD’s company DNA andnone of it would be possible without Marty creating that very first version ofStationMaster!”

ASD – Answering Service for Directors has created a new class of answering service for the funeral profession. Family owned and operated since 1972, ASD blends state-of-the-art technology with an extensive, 6-month training program focusing on compassionate care. The company’s custom-built communication systems and sophisticated mobile tools were designed solely to meet the needs of funeral professionals. By offering funeral directors unmatched protection for their calls, ASD has redefined the role of an answering service for funeral homes. For more information, visitwww.myASD.comor call 1-800-868-9950.