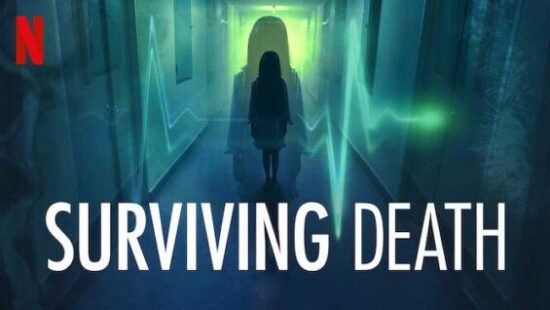 Ostensibly an exploration of experiences and practices that hint at the existence of life after death, Netflix’s Surviving Death docuseries, based on the book by Leslie Kean, does more to shed light on the ways in which grief and loss shape our behavior and beliefs than provide any meaningful proof for the phenomena it advances.

Like many other things that deal with the “scientific” search for proof of an afterlife, the show inadvertently highlights the familiar ways in which people seek to maintain a connection with dead loved ones, such as the use of mediums and attachment to particular motifs as messages from the other side. Despite a veneer of approaching each experience with an objective eye, the show’s participants have all experienced deep personal losses that naturally lead people to seek out the comfort of spiritual beliefs and practices. The show’s uncritical lens will irk skeptics, who argue that promoting debunked phenomena and dubious anecdotes serves to amplify potential scammers and create false hope for those seeking comfort in their grief.

Surviving Death begins by focusing on one woman’s near-death experience, playing up her credentials as a physician for additional credibility, and delving into a haphazard array of similar stories. According to a review in The Daily Beast, “Surviving Death ignores any non-supernatural explanation for these phenomena—say, that cultural programming inspires like-minded deathbed visions, or that aged men and women whose minds are deteriorating, and who’ve lost everyone they cherish, might naturally retreat into comforting family-reunion fantasies.”

The show then spends two episodes following and interviewing a group of self-professed mediums in the Netherlands who lay claim to such old-fashioned methods of communing with the dead as ectoplasm and physical possession. It is troublesome, to say the least, that the series so glaringly posits as real—or at least possible—phenomena that have been fully debunked for decades, portraying the mediums in a sympathetic light as persecuted mystics struggling to uphold their craft in an increasingly skeptical world.

In the last episodes, the series features people who believe in ghosts and reincarnation, presenting personal anecdotes without any serious exploration of context or scientific accuracy, often excusing unanswered questions with the vague explanation that some things just “can’t be understood.” Unsurprisingly, the stories portrayed in Surviving Death tell us more about the psychology of grief and mourning than about the purported signs from beyond. It is those left behind who have to navigate life after death, and seeking out signs and methods for communication are common ways to process feelings of loss and extend our deep love for lost loved ones.

Faith has a powerful psychological effect and belief in life after death is often correlated with positive psychological states, but with Surviving Death, Netflix gives an unquestioning platform to potential charlatans. At best, the show treads so carefully in respecting experiences and beliefs that it fails to ask any hard questions of its subjects. At worst, it plays on the fragile emotions of grieving people to sensationalize their experiences and advance debunked theories and practices.