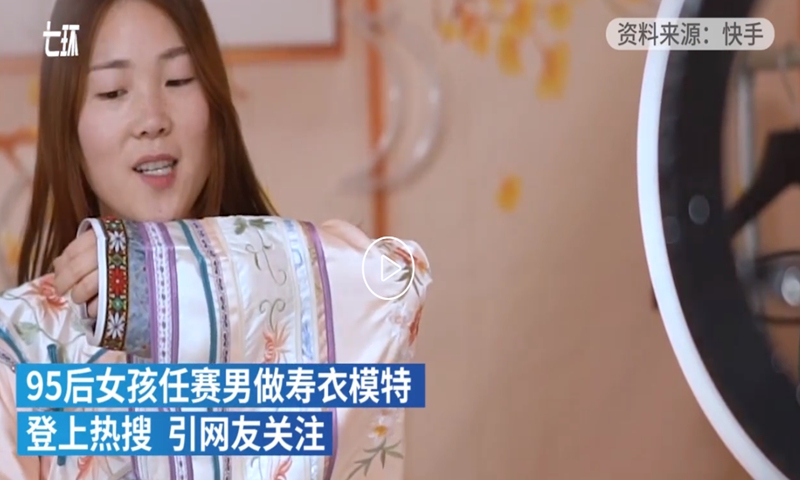 Chinese funeral culture is having a moment on the internet. Steeped in thousands of years of tradition, China’s funerals feature exquisitely handcrafted art that has drawn admirers from all over the world. Now, social media is buzzing with bloggers and influencers showing their audiences these ancient traditions and attempting to emulate Chinese rituals and adapt them to the modern world.

According to Ji Yuqiao writing in Global Times, “Chinese people believe there is a continued relationship between the living and the dead so they need a ritual to communicate with their ancestors regularly.” But while death rituals play an important role in Chinese culture, discussing death in public has long been considered taboo. Some young Chinese are changing that, bringing death care to social media, shedding light on their country’s fascinating burial customs, and garnering international attention.

In 2019, the Quai Branly Museum in Paris showcased Taiwanese funeral art in an exhibit that featured intricate paper offerings traditionally burned at funerals. “Place Paradis,” organized in collaboration with the Taiwan Cultural Center and the Kaohsiung Museum of Fine Arts, highlighted the Taiwanese custom of “burning papier-mache vehicles, houses and other objects for the deceased to use in the afterlife” and included paper art made by two Taipei studios.

A traditional “ghost house” is a paper model “that includes appliances and furnishings, such as chairs, beds, a television, closets and wall hangings.” The house is ceremonially burned during the funeral rites, offering it to the spirit of the dead for use in the afterlife. Professional artists like Hsiao-pi, cofounder of Skea, want to ensure that everyone can have a ghost house that truly reflects their own “image of paradise.” Ghost houses can include a variety of objects, “even private yachts, private airplanes and safeguards. They are all burned to make sure that ancestors can enjoy their carefree life in another world.” Burned offerings can help living relatives maintain a link to the dead and ensure their loved ones have everything they need for a comfortable afterlife.

With museum exhibits and the internet making Chinese funeral traditions more accessible to a global audience, some foreigners are even emulating the funeral rituals with their own versions.

Ren Sainan, a Chinese live-streamer from Henan Province, has found her niche creating and modeling funeral shrouds for her online audience. In a culture where discussion of death and funerals are viewed as unlucky, Ren has subverted stereotypes and challenged the way people view the funeral industry, writes Lin Xiaoyi. “More Chinese people are able to face death more calmly and gently, and show more tolerance and respect for those who work in the funeral industry.” The shrouds Ren makes and displays on her social media include modern designs that deviate from the dark, somber traditional funeral clothes. “Ren recalled an elderly couple who bought a hanfu-style shroud for their daughter whose physical condition had deteriorated. Later, Ren received a photo from them showing their daughter smiling in the hospital hallway wearing the dress.” Ren hopes her shrouds help people make peace with death and bring them a bit of beauty in a dark time.

As more young people look to the funeral industry as a viable career option, the internet provides a fertile ground for education and destigmatization, “guiding people to better understand death, and respect and love life more.”