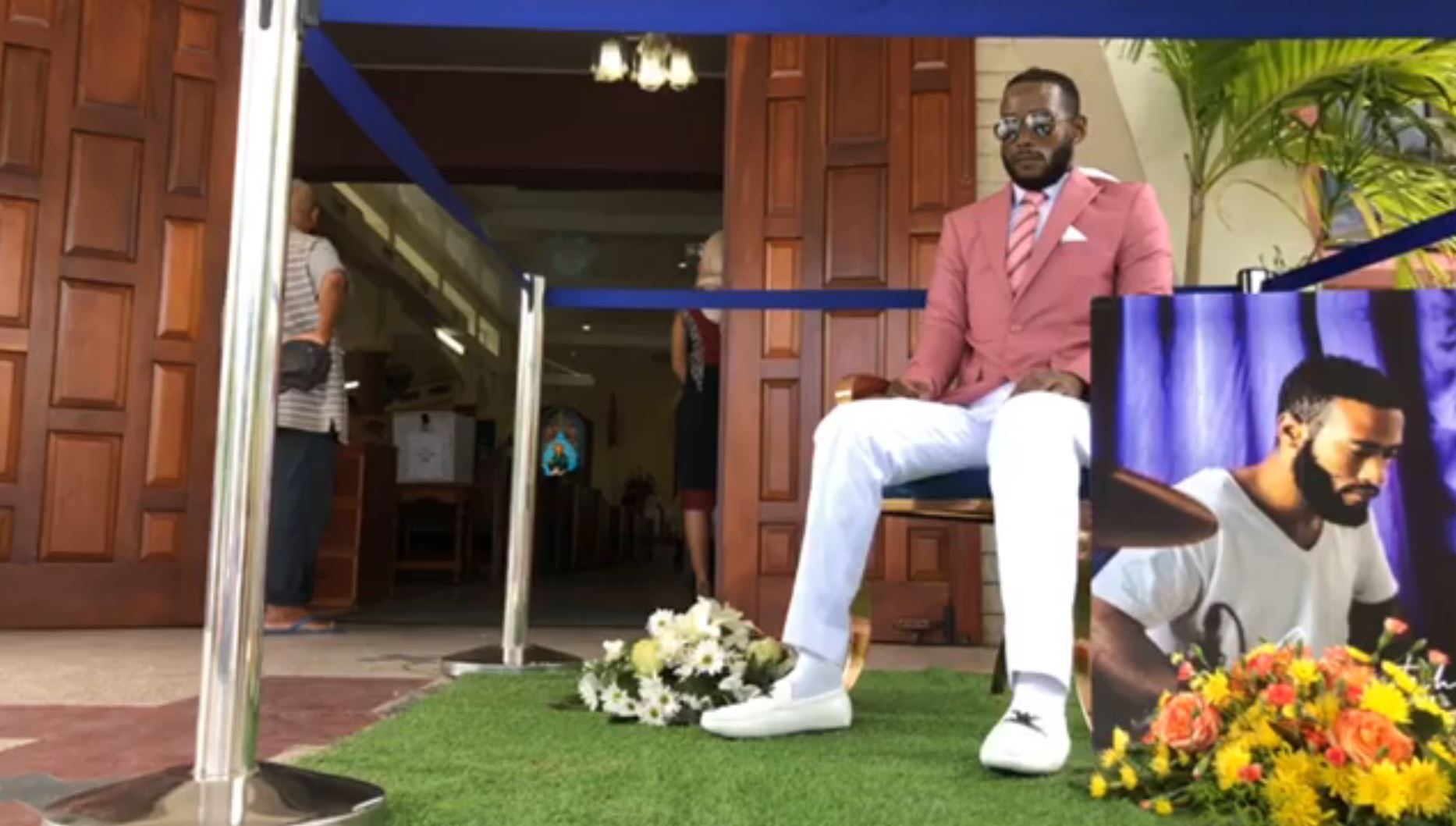 Extreme embalming — the practice of posing the deceased in positions and places other than prone in a coffin — isn’t new. However, it hasn’t really caught on as a common practice, either. The only examples we’ve seen were in Puerto Rico and New Orleans — that is, until now.

Father and son Adlay Lewis, 49, and Che Lewis, 29, died on November 14, 2020 in the town of Diego Martin. Gunmen stormed the home and shot the two while they slept. A service for both men took place on November 25, with the body of the elder Lewis arriving at the church in a traditional casket. His son, Che, though, made quite a different entrance.

Seated in a straight-backed chair which was secured in the open bed of a converted hearse, the body of Che Lewis was driven from the funeral home to the church in full view of suprised onlookers.

“The family requested it but it was something we had on our bucket list to do so when the request came it wasn’t foreign to us because we are aware of funerals like that abroad,” funeral home manager Cochese Tyler Dennie, 24, told Loop News.

Dennie explained to the news outlet exactly how they achieved their feat. Using “a combination of arterial embalming and hypo injectors,” the Dennies spent two days performing the embalming. After seating Lewis in his chair, they monitored him for another three days before they “took him public.”

Outside the box … and the church

Although the coffin holding Adlay’s body was ceremoniously carried into the church for the service, the chair on which his son was perched had to be displayed in a cordoned-off area of the steps outside the open doors. A comment on the Dennie’s Funeral Home Facebook page explained.

“Due to the unique funeral,” the Dennies wrote, “the church was astonished and refused the entrance of Che.”

The funeral home posted two videos documenting the service from outside the church, as Che sat stoically erect for two hours. The longest video garnered 3,400 comments and was shared 3,500 times. Comments were mostly supportive, requesting respect and condolences for the family. Many were complimentary of the embalming treatment.

“FINALLY! A forward thinking funeral home. U know how long I’m asking when will viewings like this be considered!!! Hats off to Dennie’s.”

“Dennie’s Funeral Home you guys did a fantastic job. Glad Trinidad and Tobago is catching up to innovative funerals.”

“Excellent job by Dennie’s Funeral Home … Firstly for doing something so unique and also the presentation is on point … he looks amazing.”

A local television station covered the unusual event and the “viral video” post. They also reached out to Keith Belgrove, president of the Association of  Funeral Professionals of Trinidad and Tobago, for his opinion on the “unique send-off.”

“I’m not trying to say anything that would discourage the drive of the people at Dennie’s,” Belgrove said. “I would like to see them as creative as they could be because change is inevitable.”

Based on the interest and many of the social media comments, this won’t be the last extreme embalming Dennie’s Funeral Home performs. It’s also not the only uncommon service they plan to offer citizens of T&T. Within next 10 years, says Cochese Dennie, they plan to “revolutionize” the country’s funeral industry with “ground-breaking innovations and inventions” including alkaline hydrolysis … and beyond.

“The first three letters of the word funeral spells fun,” Dennie says. “My next big move would be to have someone walk in the church at their own funeral.”