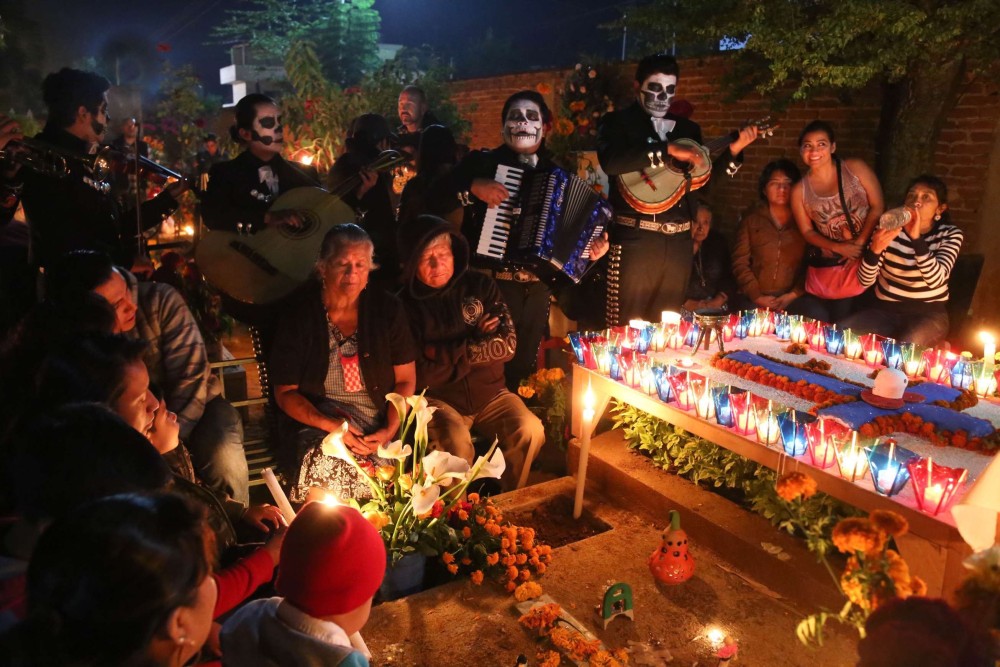 In a culture known for colorful, joyous death and mourning rituals, one Mexican town stands out for a unique practice that crowns a “best mourner” each year.

Reflecting the ancient custom of hired mourners, when families pay professional grievers to weep at burials, San Juan del Rio’s annual contest usually takes place before a live audience of hundreds. With COVID-19 making mass gatherings impossible, this year’s competition, like so many other things, went virtual. The town’s tourism bureau publicized the event, accepting video entries to be evaluated by a panel of judges.

The entries range from poignant to melodramatic to comedic, as mourners take different approaches to portraying grief. In one video, an Aguascalientes woman bemoans her impending menopause, grieving the end of her cycle. Humor in the face of death, explains Eduardo Guillen, the city’s tourism bureau chief, is an integral part of Mexican culture. Another contestant, Brenda Anakaren Torres Villarreal, cried about the year 2020, which left so many “depressed, out of work, and in quarantine.”

Hired mourners serve many purposes: from accompanying the dead into the underworld to showcasing social status, paid weepers have remained a cornerstone of many funeral traditions. Performative weeping at funerals dates back at least as far as ancient Egypt, where the expression of grief was taboo for ordinary people. Instead, Egyptians hired women to grieve for them. Greeks and Romans did the same, with women almost exclusively holding this important societal role. For the Romans, having more professional mourners at your funeral was a sign of status and wealth.

While Christian and Jewish traditions take a different stance on mourning, asserting that too much grief obscures the belief in resurrection, they still contain elements of ritual weeping. After the death of Jesus, Mary Magdalene and other women are described as mourning openly at his grave.

In the pre-Columbian Nahuatl culture, crying accompanied the dead on their journey to the afterlife. The Mexican people imbued crying with a positive symbolism, viewing it as a form of communication with the dead. Later, these ancient practices clashed and ultimately blended with European-imposed Christian rites, leading to today’s uniquely Mexican perspective on death. Dia de los Muertos, observed at the end of each October, reflects the syncretism of rituals and the unafraid, celebratory approach to death that Mexicans continue to take. In a year when death featured so prominently in many of our lives, the ability to gather for the cathartic rituals of Dia de los Muertos, more meaningful and necessary than ever, was stripped away by the same forces.

The ofrenda, or altar, plays a key role in the Dia de los Muertos celebration. Built by families and individuals to honor their dead, the creation of the altar is an intimate, often private ritual that calls back the deceased and creates a connection to the world of the dead through reminders of their life: favorite foods, toys, photos, and other tokens of the loved one’s personality and spirit. Traditional food and drink offerings include pulque, a fermented agave drink, pan de muerto, a sweetbread decorated with symbols of death, and sugar skulls, a custom inspired by the sugar art of Italian missionaries.

From a fearlessly direct attitude toward death to syncretism with various other cultures to the constant adaptation of ancient rituals for the modern world, Dia de los Muertos presents a uniquely Mexican approach to mourning and remembrance that nevertheless reflects some universal human impulses. San Juan del Rio’s “best mourner” contest speaks to our desire to express our grief, make public our sorrow, and, whether in mourning or not, simply be heard by others.