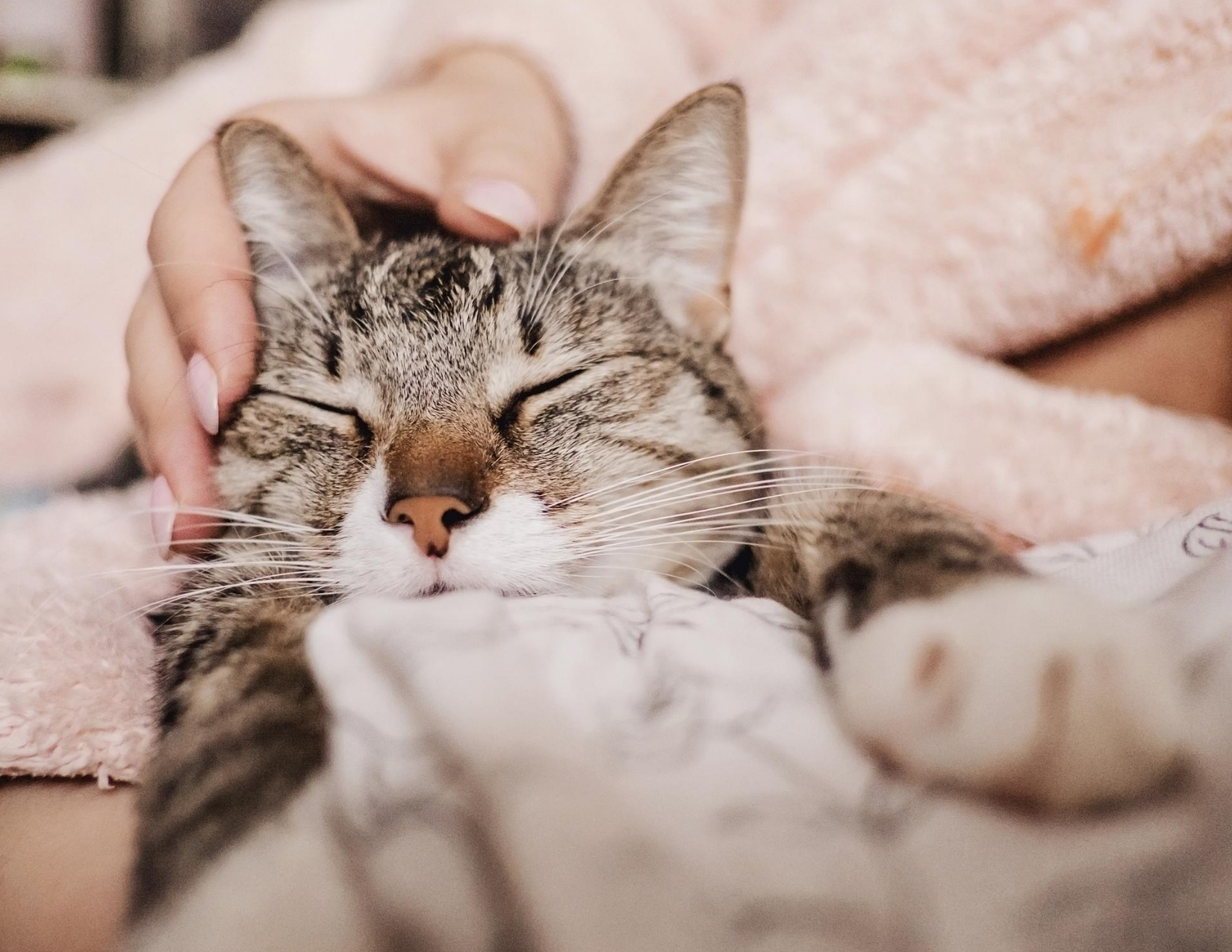 If you’ve ever witnessed the behavior of a pet whose owner recently died, you know that animals experience their own form of grief when their beloved humans pass. One woman honored her pet’s grief at her mother’s passing by creating a “memory basket” just for the cat.

When Julia’s mother died, she noticed that her mom’s cat Mufasa seemed to feel sad, too. After a difficult battle with cervical cancer, Julia’s mother had adopted the scrawny, big-eared kitten when it climbed into her purse at a pet adoption event. The orphaned kitten was her constant companion and a treasured family member. She relished the opportunity to care for another creature. Julia fondly remembers her mom’s caring instincts and the sheer joy she got from being a mother.

“[It] was her soul’s calling,” Julia remembers.

When she began sorting through her mom’s belongings, Julia found a wicker basket and an old robe that her mother would often wear while snuggling with Mufasa. Using some of her mom’s shirts as padding, she created a cozy cat haven the cat now loves to snuggle in.

The concept of animal grief isn’t new, but our understanding of the mourning processes of animals continues to evolve. In 2018, an orca named Tahlequah captured the attention of the world when she carried her dead calf for 17 days in a protracted mourning ritual. The video made international news and prompted renewed interest in non-human grief.

Bioethicist Jessica Pierce calls this research into death-related practices across cultures and species “comparative thanatology.” “most humans failed to even entertain the possibility that animals might care about the death of those they love.”

In 1879, Arthur Brown observed the changed behavior of a male chimpanzee after the death of his female partner, noting that the chimp wailed in a way he’d never heard before, then seemed sullen and depressed. When the chimp’s behavior returned to normal a few days later, Brown concluded that the ape’s grief doesn’t leave a permanent mark, the way it does in humans.

More recently, Marc Bekoff’s research shows that grief can be observed across the animal kingdom in species as diverse as sea lions, elephants, and magpies. Elephants show great interest in the bones of their dead. Crows frequently form “cacophonous aggregations” in which they squawk and gather around other dead crows. An ASPCA study showed that two-thirds of pet dogs experience loss of appetite and lethargy when a canine companion dies. Chimps are known to clean the bodies of dead matriarchs. This implies that a sense of social responsibility to elders remains even after death.

Countless anecdotes mention pet dogs or cats who, after their owner’s death, act despondent, lose appetite and energy, or continue to wait for them at their usual spot. These behaviors could also be associated with a change in routine and the loss of familiar activities and faces. These are, ultimately, some of the same challenges humans experience when grieving.

Scientists dispute the depth of “real” grief felt by animals and the underlying motivation for their actions. However, more and more observed examples seem to show that most creatures, in some form, exhibit changed emotions when group members, parents, or offspring die. Skeptics argue that, while such behaviors can be meaningful, the labels of “grief” or “mourning” give them a human dimension that isn’t observable by science. Whatever the cause of these behaviors, it’s clear that non-human animals have deep, complex emotional lives. And we’re only beginning to understand them. 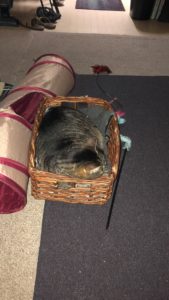 For her part, Julia feels at peace knowing she’s providing the cat with an outlet for whatever emotion he’s feeling.

“Caring for him is honoring my mom,” she says. “If [my brother] and I get memory boxes so does Mufasa,” she asserts. The basket has provided comfort for them both. Mufasa makes “biscuits” in the box in a way he would only do in her mom’s lap. “He only leaves it to eat and play.” 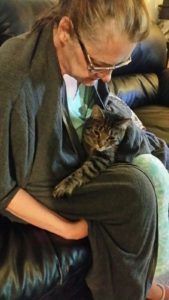 Anyone who has experienced loss knows how hard it can be. For Julia, having her mom’s belongings nearby helps her maintain a connection and sparks joyful memories. Mufasa, purring contentedly from inside his basket, seems to agree.