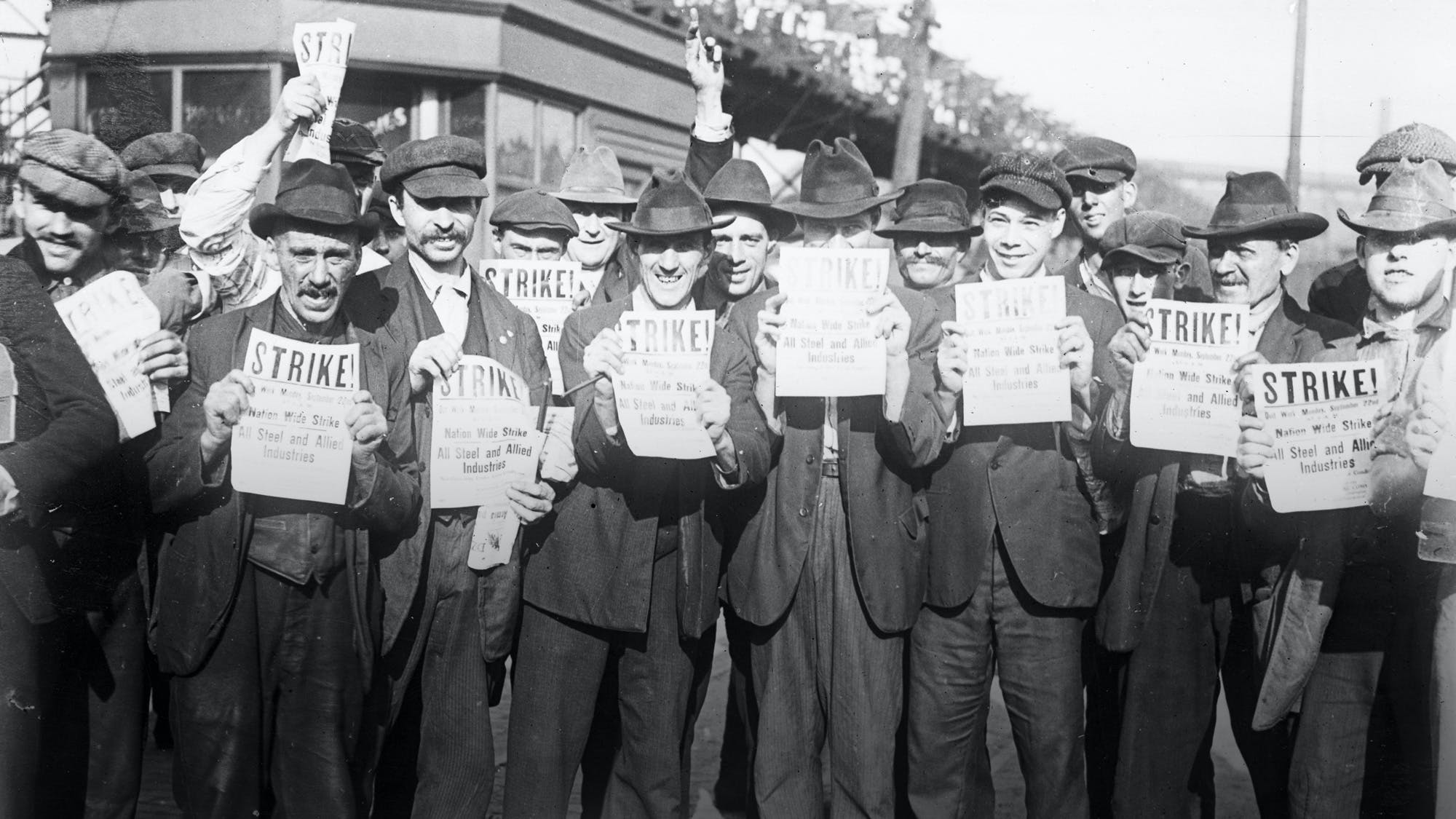 There’s no doubt about it: 2020 has been a dumpster fire. COVID-19. Racial unrest. Murder bees. We lost Kobe, Little Richard, Neil Peart, and Kenny Rogers. Plus, we have Trump vs. Biden to look forward to this fall. If there was ever a year that we’d like to erase from history, 2020 is it. While 2020 may have been atrocious, 1919 gives this year a run for its money. Since none of us were around then (apologies to those 101-year-olds who are reading this), let me explain.

Technically, the first World War didn’t end until June 1919, with the signing of the Treaty of Versailles. However, for all intents and purposes, United States troops were done. As soldiers returned home to rejoin their families and resume their lives, though, they faced a full-blown economic recession. Shoes that cost $3 when they left now cost $12. The prime rate hovered around 7%. The recession started in late 1918 and bled into 1919, with business activity declining by about 29%. Conditions continued to decline into 1920, when the recession was deemed a true depression. The stock market lost half its value, unemployment soared to 19 percent, and many businesses went bankrupt.

Like COVID-19, the Spanish flu hit in waves. The first two ravaged throughout 1918, but the third started in the winter of 1918 and rolled into 1919, not subsiding until the summer months. In total, more than 50 million people died from the flu worldwide. The 1919 wave started in Australia, but worked its way back through Europe and the United States. According to History.com, U.S. President Woodrow Wilson contracted the Spanish flu in April while he was in Paris negotiating WWI peace.

You read that right. On January 15, 1919, a Purity Distilling Company molasses storage tank burst open in North Boston. Two million gallons of molasses flowed through the streets at 35 miles per hour in waves as high as 40 feet and up to 160 feet wide. The flood killed 21 people and injured 150 more, with most of the deaths caused by suffocation. It also leveled buildings, damaged vehicles, and killed horses “like so many flies on sticky fly paper.” The smell of molasses lingered in the area for decades, a sweet, sickly reminder of a sticky tragedy. 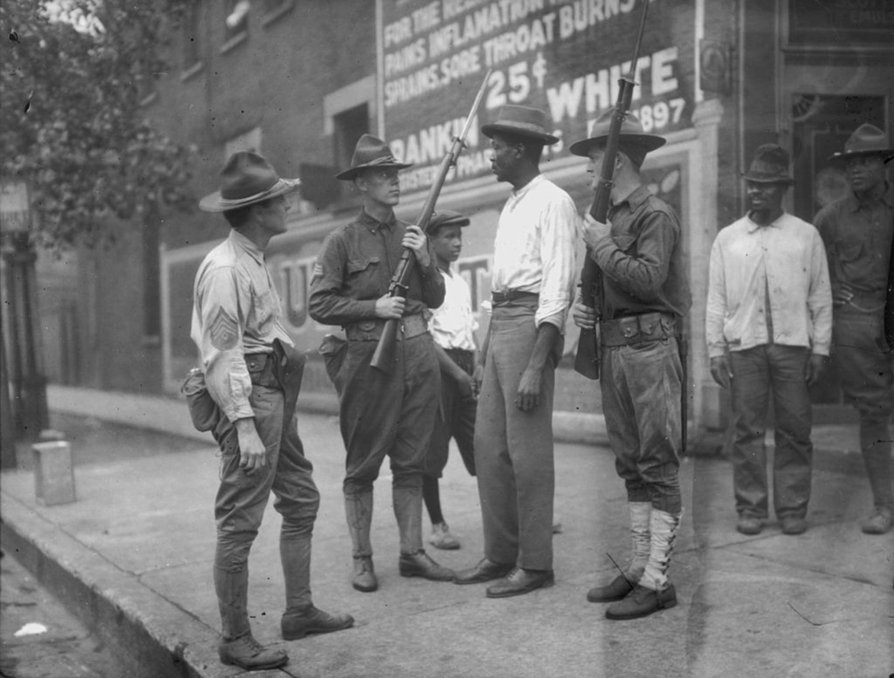 In 1919, many African-Americans were moving north to large cities for better pay while others were flourishing as southern sharecroppers. This prosperity was a huge threat for some white Americans, and emotions boiled over during the hot summer months in the form of racial violence. Mobs wreaked havoc in the form of 25 riots, fires, massacres, and lynchings across the country from April through August. The bloodshed led NAACP field secretary James Weldon Johnson to dub the period “Red Summer.”

African-Americans weren’t the only threat to whites in 1919; some people were scared of all immigrants. This anti-immigrant sentiment was fueled by the wartime government overthrow in Russia, fears of espionage, and 3,600 separate worker strikes in America in 1919 alone. In April, a series of anarchist mail bombings prompted federal agents to target immigrants — mostly Russian — with large-scale raids and street violence. About 4,000 people were arrested and 800 were deported. 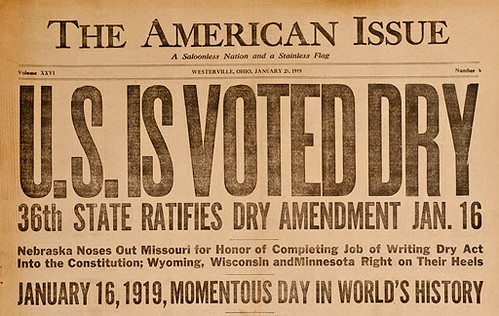 During COVID-19, alcohol sales increased 27% overall, with online alcohol sales skyrocketing to 243% volume. Of course, we weren’t able to patronize bars, breweries, and restaurants during lockdown. However, for many people, alcohol soothed the anxieties brought on by the pandemic. Folks dealing with all of the above in 1919, though, had to find another way to deal with their worries other than alcohol. That’s because in January 1919, Congress ratified the 18th Amendment, better known as the National Prohibition Act. Although it wasn’t strictly enforced until 1920, the Act made procuring a nip of whiskey a challenging — and illegal — feat.

You’d think these events would be enough for one year — that Americans might get a well-deserved break. But you’d be wrong. Even as folks endured a recession, a pandemic, racial violence, government-led discrimination, and prohibition, they also lived through the following:

Well, at least they had a regular baseball season.

It wasn’t all bad

For those who survived 1919 — perhaps with the help of speakeasies or backyard stills — there were a few (albeit very few) beacons of hope. The Grand Canyon became a U.S. National Park. Congress approved the 19th amendment, giving women the right to vote pending senate ratification. The leaders of most involved countries signed The Treaty of Versailles, ending World War I. The Green Bay Packers formed as the first NFL team in Wisconsin. Felix the Cat became the first cartoon character. And Jackie Robinson, Liberace, Nat King Cole, and Al from Happy Days were born.

So, when you start to feel sorry for yourself over everything that’s happened in the train wreck that is 2020, think about your great-grandparents and others who lived through 1919. Have a drink or two in their honor. Vote because you can. Watch some fan-less baseball games or look at pictures of the Grand Canyon. Wear your mask and stay six feet apart. And for goodness sake, watch out for tsunamis of molasses flowing down your street.