“Cremated” Cosmetics Collection Is So Not Cool During COVID, Critics Claim 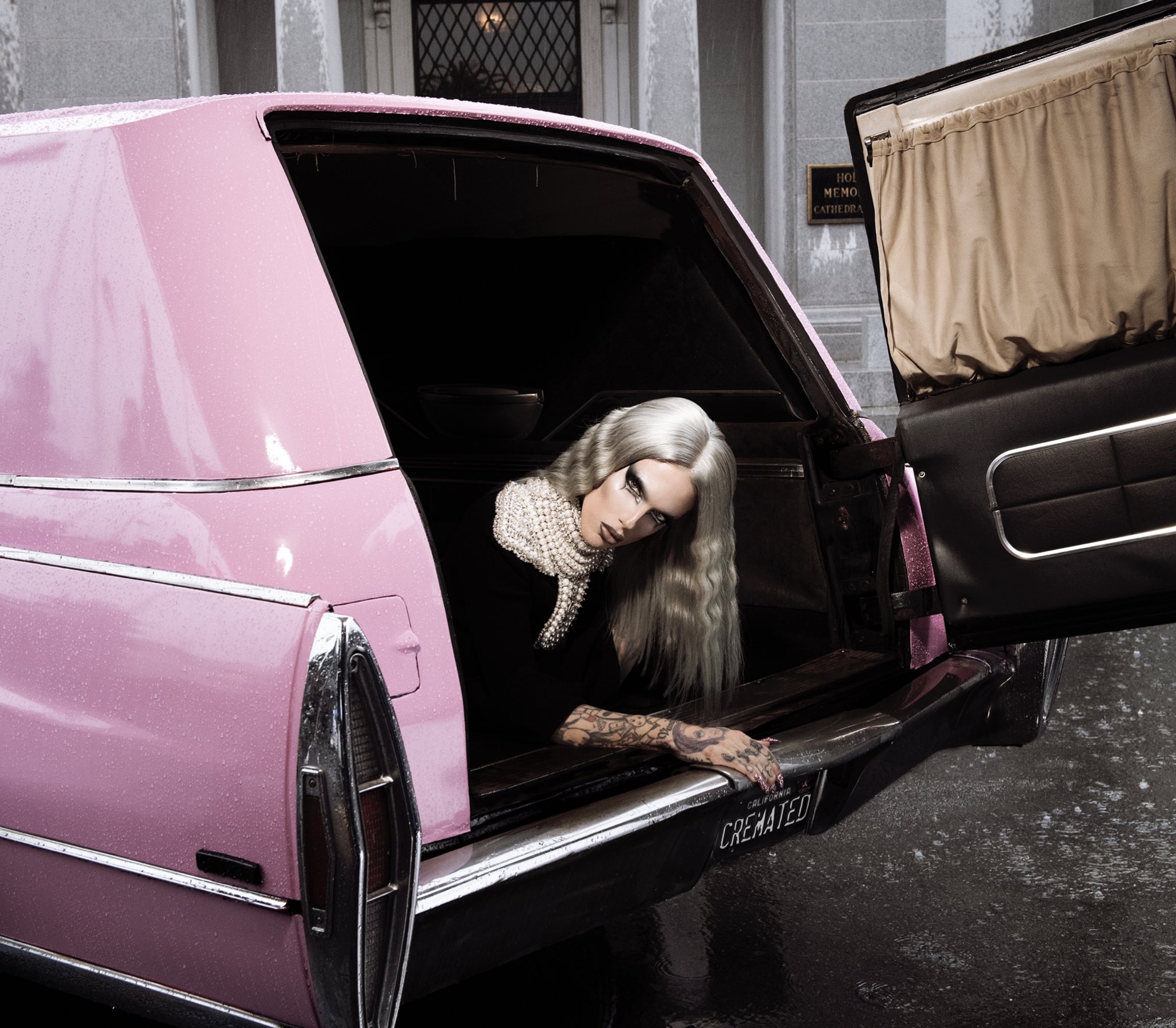 “Cremated” Cosmetics Collection Is So Not Cool During COVID, Critics Claim

Jeffree Star is no stranger to controversy or dark subjects. So introducing a makeup collection called “Cremated” may seem par for the course. However, not everyone thinks death-themed eyeshadow and lip gloss during a pandemic that has taken more than 340,000 lives is a great idea.

Star is a “beauty influencer” — someone others look to on social media for makeup and skincare advice. He has 18 million YouTube followers and 16 million Instagram followers, and his cosmetics brand rakes in more than $100 million annually.

So despite its name, Jeffree Star Cosmetics’ latest effort, the Cremated Collection, is not being marketed to embalmers. Instead, most of Star’s buyers are the same set who wish they were Kylie Jenner, record their lives on Instagram, and watch TikTok videos for hours on end. Whenever Star launches a new collection, these fans actually strategize to be among the lucky few to buy it before it inevitibly sells out. 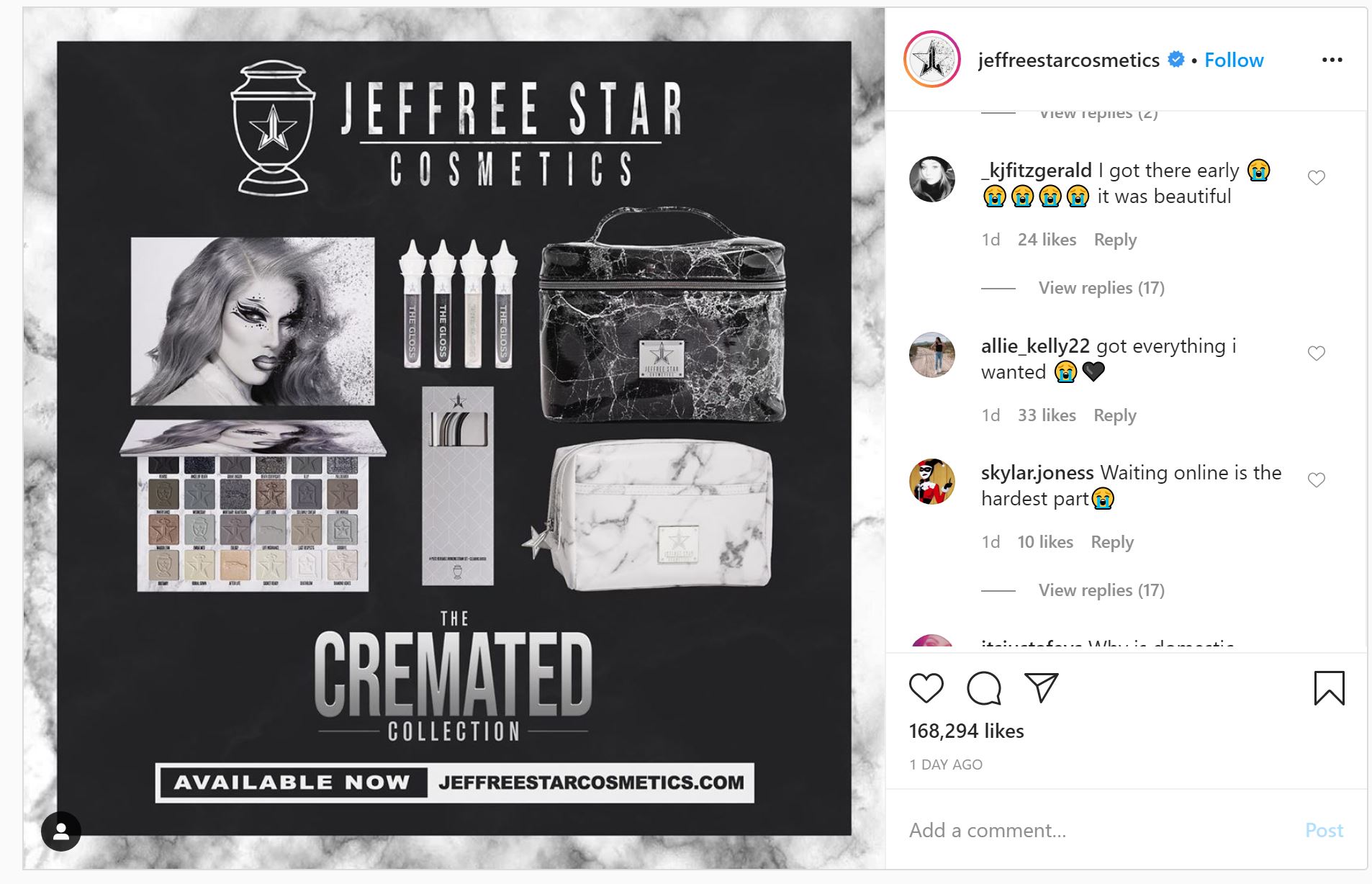 Thanks to an excellent pre-launch marketing plan, fans snatch up virtually every new Jeffree Star eyeshadow palette gets snatched up within days or even hours. That’s exactly what happened with Cremated. After a week of frenzied anticipation, the Cremated products launched on May 22 … and Star sold every eyeshadow palette within 24 hours. 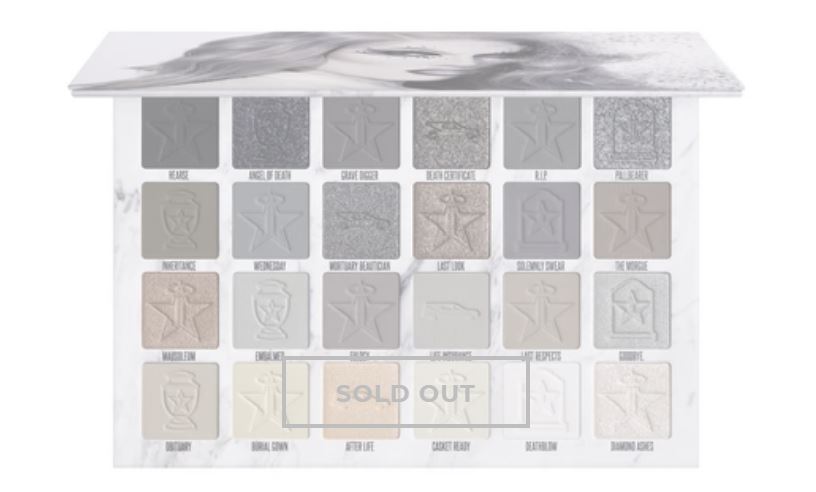 When Star revealed the Cremated palette on Instagram on May 15, the internet went nuts. Along with the expected gushing praise, there was also quite a bit of backlash about an ill-timed release: 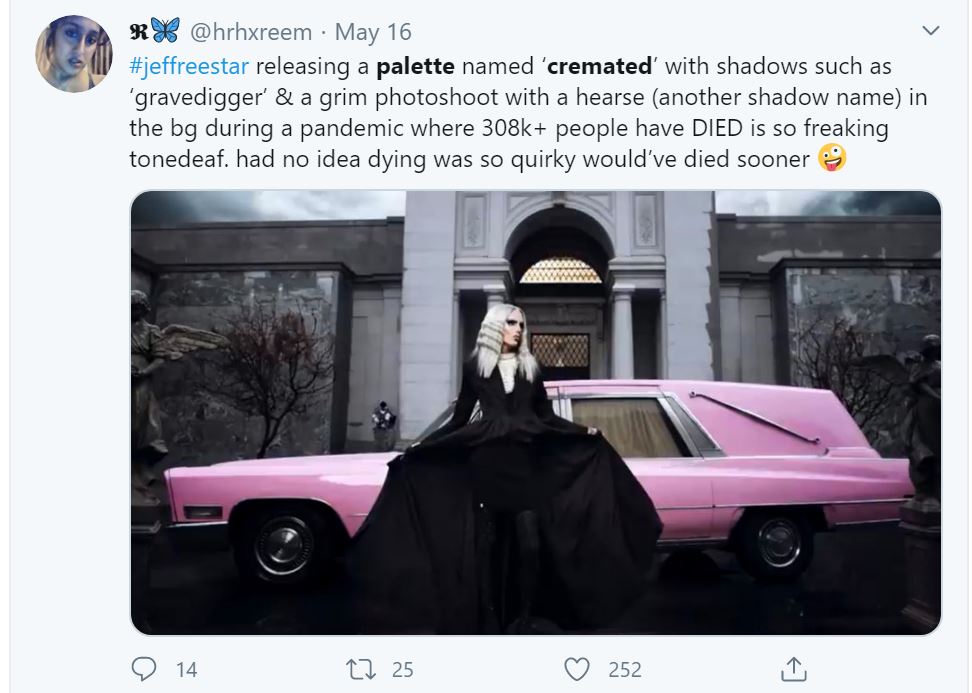 And then there were some who hated on the haters: 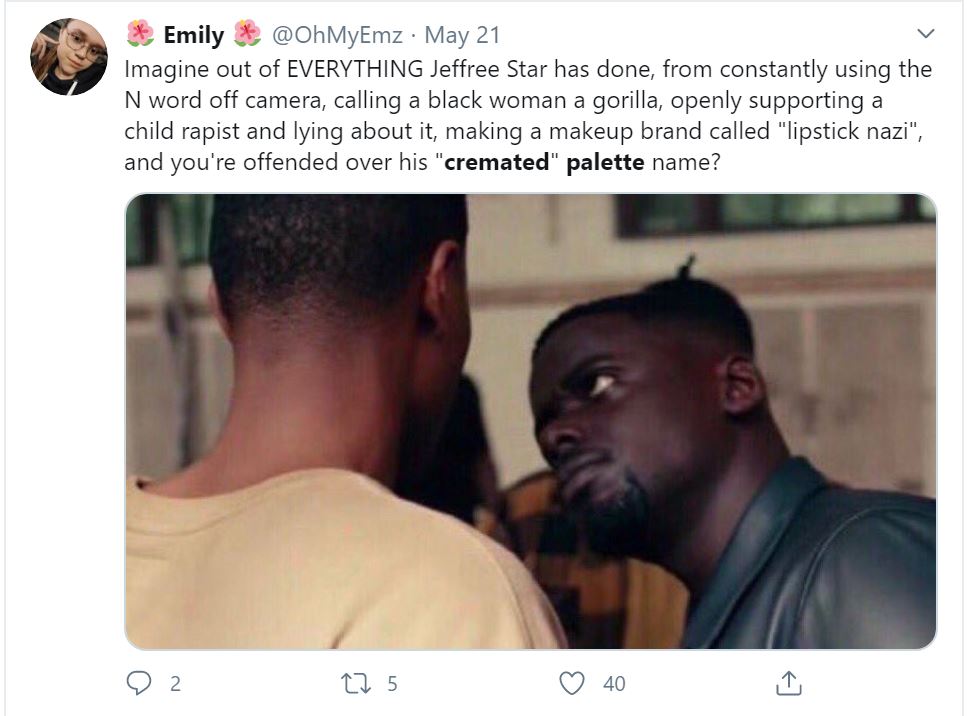 And others who thought the timing was actually perfect:

In response to comments using words like “tone-deaf,” Star posted a 20-minute video on YouTube about Cremated. In it he explains the palette was in process for over a year, and he trademarked its name in September 2019. Yes, Star has trademarked the word “Cremated.” 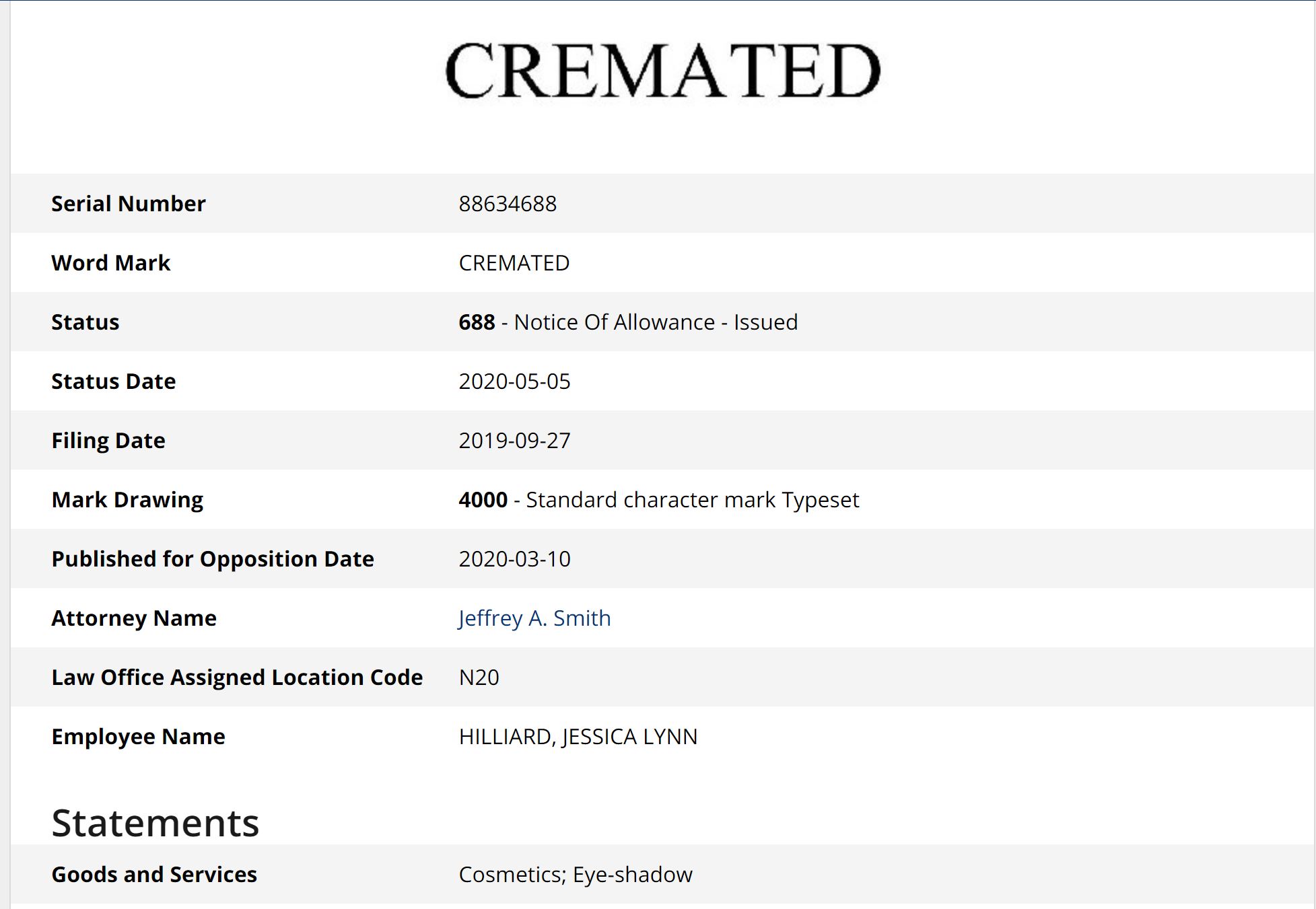 He also claims he postponed the launch date for more than a month due to COVID-19. However, Star says he worried that delaying any longer could mean selling “expired makeup.”

“There were some people saying, ‘Jeffree, it’s a little weird timing, there’s a lot going on in the world,’” he said. “But for me, this is art and I never come from a negative place you guys. My own father who passed away and my two dogs that passed away last year are all cremated and it is a tradition in my family.”

So what do YOU think, death care professionals? Is Jeffree Star going too far or is this just business as usual?