Enjoy Some Monday Motivation from Jamie Meredith and Sons 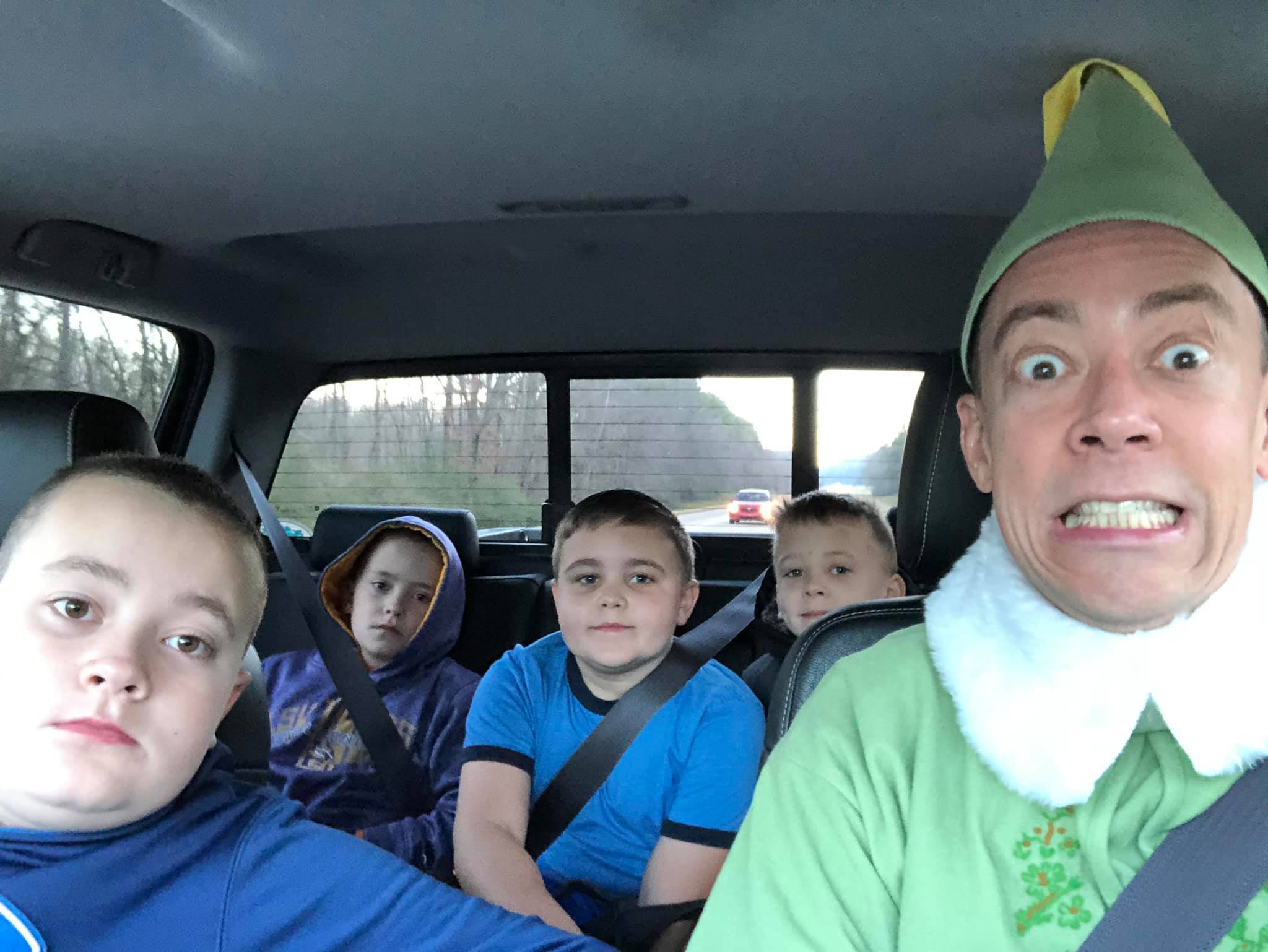 Enjoy Some Monday Motivation from Jamie Meredith and Sons

Recently Jamie Meredith, Executive Vice President of C&J Financial, made a cameo appearance on Funeral Nation #176. Unfortunately, his role as Jeff Harbeson’s replacement as Funeral Nation host was (very) short-lived. Despite that setback, though, Meredith is nonetheless making a name for himself on social media. And we have to admit, his four co-hosts are pretty darn adorable.

Every Monday, Jamie Meredith and his four young sons post a new video to their Meredith and Sons Facebook page. Together, father and sons provide motivational, inspirational, and faith-based video messages for their nearly 1200 followers.

Noah, 12, Jonah, 10, Luke, 8, and little Levi, 6 are natural-born motivational speakers who aren’t a bit afraid of a video camera. However, their dad’s comfort level with social media wasn’t as easily achieved.

“I deactivated my personal Facebook account for five years,” Meredith recounted. He reluctantly reopened his profile after moving to Gadsden, Alabama from Mississippi. Facebook, he says, actually helped him and wife learn more about his new town and get to know his neighbors.

Because Meredith’s job requires frequent travel and with the closest family members residing in Louisiana, his wife Katie was most often tasked with taking the boys to school. One day in 2018, Katie was the one who was out of town, so Meredith assumed transportation duties.

“The boys were bickering and fighting all the way to school,” Meredith recalled. “By the third day I had had enough.”

Desperate to diffuse the disagreements, Meredith reached back to his days as a 19-year-old salesperson.

“I had a sales manager who would always get our sales team motivated with mantra,” Meredith said. “He’d have us all say ‘I feel healthy! I feel happy! I feel terrific!’ three times. It definitely changed our mood.”

So, on that third day as Meredith dropped off his boys at school, he asked them to do one thing before they got out of the car.

“I had them say, ‘I feel healthy! I feel happy! I feel terrific!’ three times with me,” Meredith said. “Then we did the same on day four and day five.”

The next week his wife was back in town, but Meredith asked if she minded him taking the boys to school. Each day, he and the boys would recite their motivational mantra.

“By that second week, they were into it,” Meredith said. “I noticed that when we pulled out of the driveway, Luke was smiling from ear to ear, so I put it on Facebook.”

It didn’t take long for this to become a weekly tradition. “It quickly evolved to talking about life lessons, how to treat people, love others,” Meredith said. “It’s a little bit religious. Everyone can get something out of it.”

Meredith’s motivation for the videos is two-fold. First, he’s fostering in his boys the values and lessons he learned growing up in the church, especially Proverbs 22:6. “Train up a child in the way he should go, and when he is old, he will not depart from it.”

“I think teaching the basic principles is valuable and character-building,” Meredith said. “Most of America learned these things as children and now it’s out the window.”

This is his second motivation —  to make a difference in the lives and outlooks of those who watch.

“There’s an extreme amount of negativity in this world, especially on social media,” Meredith said. “You can’t get away from the doom and gloom. For us, personally, we get into how to treat others who look different from us, we try to teach the fruit of the spirit, that type of stuff. You don’t see that anywhere else.”

The response to those first Meredith and Sons Facebook videos was instantaneous …and overwhelmingly positive.

“The response from adults was the biggest surprise,” Meredith recalled. “Parents and grandparents are sharing the videos with their children and grandchildren. One day I got a private message from a lady who had been praying about a personal situation. She said our video that morning about forgiving others helped her find her answer.”

In January 2019, the Merediths shared their Martin Luther King, Jr. Day Facebook video about values to YouTube. They later heard from a teacher in Arkansas who said he’d played that video for all of his classes.

Meredith estimates their 70+ videos have received more than 200,000 views to date. He admits that he and his boys have become somewhat notorious in their adopted hometown.

“One of the boys came home from school one day and said he was ‘famous’ at school,” Meredith said. “And one day at a restaurant a lady came up to us and said ‘I feel healthy! I feel happy! I feel terrific!’ and eventually had the whole place praising our Facebook post. When they asked if this meant they were famous, I reminded them that it meant they should always be on their best behavior.”