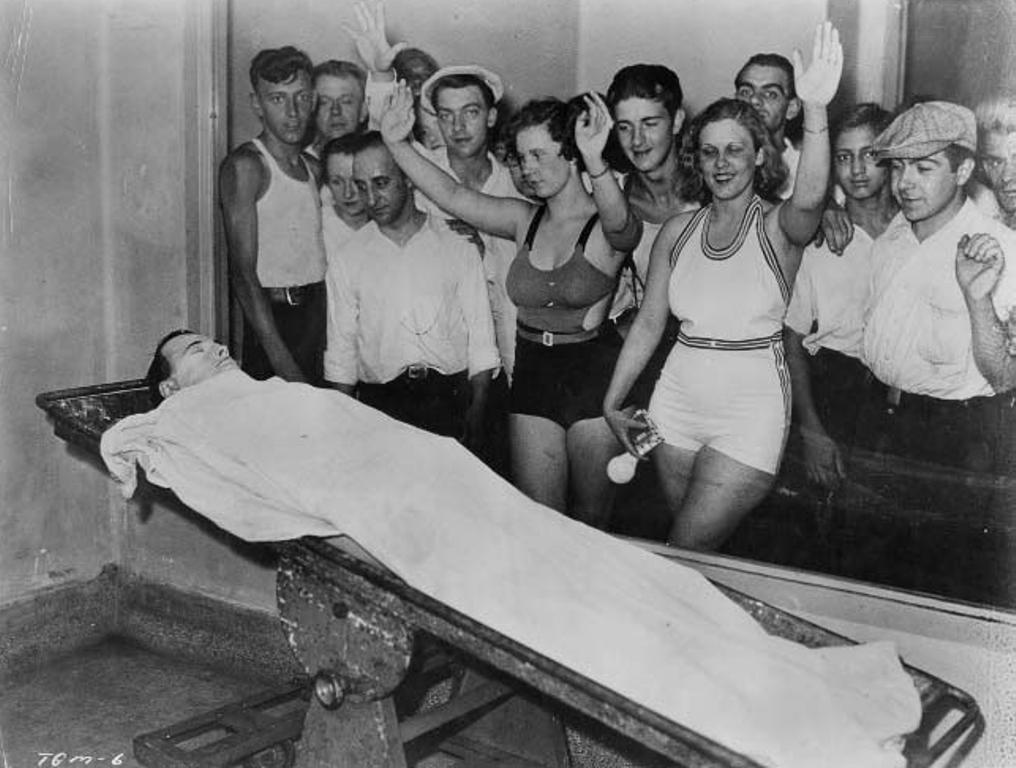 Almost a century after his death, infamous bank robber John Dillinger is still causing trouble. Dillinger’s short but violent career ended abruptly when he was shot by police in 1934, but his descendants doubt whether the body buried in his grave is indeed their famous relative. Late last year, a Marion County court denied a request by family members seeking to exhume the body, siding with the cemetery’s claims of undue disruption.

Born in 1903 to a strict middle-class father and a mother who died when John was a toddler, Dillinger fell into a life of petty crime in his youth. Embittered by the long sentence he received for his first major crime, he escaped prison and returned to robbery. Between May 1933 and June 1934, he and his gang killed ten men and wounded several others. The rampage led the FBI to label him “Public Enemy #1,” a title that immortalized him in the public imagination.

In June 1934, tipped off by a Chicago madam, FBI agents ambushed and killed Dillinger as he left the Biograph movie theater. Although the FBI insists the real Dillinger died on that day, urban legends casting doubt on the criminal’s last moments have remained.

Dillinger’s nephew, Michael C. Thompson, wants to know what happened to the real outlaw. To the surviving family members, an exhumation and DNA test would not only give them closure, but also the chance to connect with new family. If Dillinger survived, he could have gone on to have other children.

Despite securing a disinterment permit from the state health department, Thompson ran into a snag. The cemetery owners, concerned about disrupting the tranquility of their memorial park, refused to allow the exhumation to proceed. They cited the “complex and commercial” nature of this particular exhumation as a threat to the “safety and integrity” of their property, pointing to a History Channel-produced documentary that planned to film the exhumation process.

In order to disinter a body, Indiana law requires permission from the cemetery owner, who can deny the request at will. In the limited scope of this case, the court ruled, the cemetery wins. Thompson expects to appeal the case to a higher court.

Digging up the past

Exhumation laws vary around the country, but generally favor as little disturbance of graves as possible. Courts will seek a “substantial” reason to exhume a body. In many cases, DNA testing, often for paternity purposes, has been ruled a valid reason for exhumation. Throughout history, famous bodies have been exhumed for a variety of reasons.

In 1991, authorities exhumed President Zachary Taylor’s body to prove that he died of natural causes and not, as some have insisted, poisoning. After the discovery of a grave-robbing plot, U.S. officials moved Abraham Lincoln’s body multiple times before it was re-buried in an extra-secure grave surrounded by an iron cage. Lincoln’s assassin, John Wilkes Boothe, had a similar fate. Four years after his death at the hands of the Union Army and his burial in the Washington Arsenal, Boothe’s family reinterred the body in Baltimore. Today, the remaining family members still debate exhuming the body to confirm Boothe’s identity.

Another famous outlaw had his body exhumed to definitively prove his identity. In 1948, a centenarian named J. Frank Dalton claimed to be Wild West icon Jesse James. When DNA technology became available in the 1990s, James’ family asked for an exhumation. They hoped to quell the persistent rumors that James faked his own death. The DNA tests rejected Dalton’s claims and confirmed the identity of the body buried in James’ grave as his own.

Thompson’s lawyer plans to file a complaint to appeal the court’s decision. He will claim that the famous nature of the deceased shouldn’t affect the family’s rights to disinterment.