Rest in Peace, Man, in This Groovy VW Columbarium 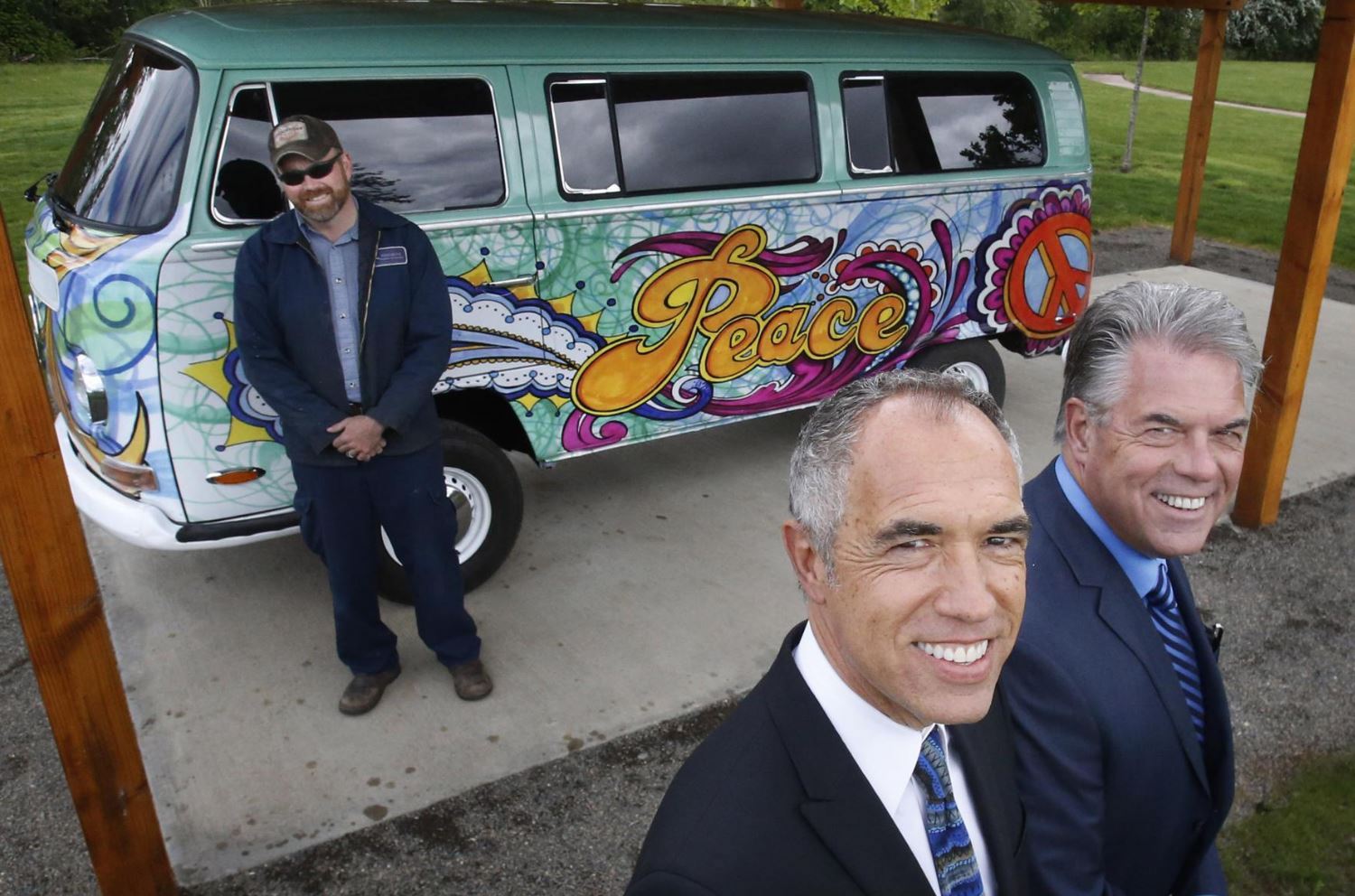 Rest in Peace, Man, in This Groovy VW Columbarium

The generation who brought us the Summer of Love, Woodstock, and the Manson family are now in their seventies and eighties. Many are making final arrangements for when they move on to that eternal hippie commune in the sky.
Luckily, a cemetery in Eugene, Oregon now offers a 1960s-inspired groovy repository where their earthly remains can rest in peace and love — a place that’s just as unconventional as their flower child lifestyle.

Yes, you can now opt to have your cremains stored within a 1972 Volkswagen van, along with up to 99 other like-minded folks.  With its eye-catching psychedelic paint job, including the words “peace” and “love” on either side, the van stands as an homage to the age of Aquarius. 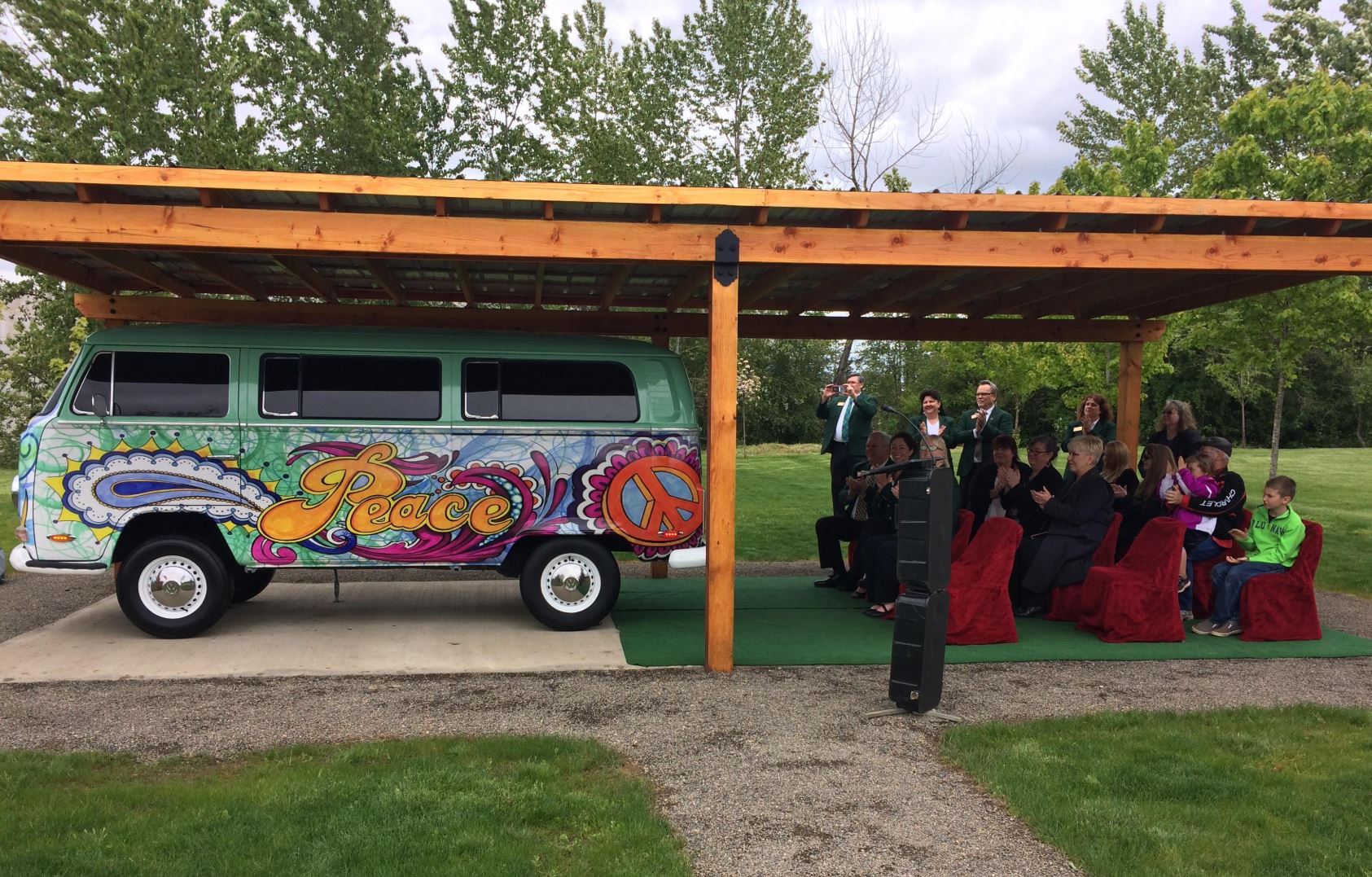 Peace and love in the garden

The Peace Garden Columbarium, is the creation of Jeff and Mark Musgrove of Musgrove Family Mortuaries & Cemeteries, was unveiled in 2017 within the family’s Lane Memorial Gardens in Eugene. The van is permanently anchored on a concrete pad under a spacious canopy built to protect the vehicle and allow for memorial services.

During these services, the directors open the trunk if the van and place the urn and floral arrangements on a custom-made shelf adorned with a tie-dyed peace sign. Later, urns are placed on wooden shelves within the van. A plaque with the deceased’s name, date of birth, and date of death is mounted on one of the six Douglas fir posts supporting the canopy.

The Musgrove family tasked mechanic Cody Rushing with locating and rehabbing the columbarium. Rushing found the van rusting in a field in southern Washington, with smashed windows and plenty of body damage. He restored the body, replaced emblems and original parts, and added solar panels to power the headlights, which will remain on, if dimly, 24/7.

A columbarium for the non-traditional

“We wanted to have something that would appeal to those non-traditional folk,” said Jeff Musgrove in a video on the Musgrove family’s website. “There’s nothing more ‘iconic Eugene’ than a VW van.”

Indeed, Eugene, Oregon is a mecca for the counterculture. It was voted the “#1 City for Hippies” in 2013 and is home to the Oregon Country Fair, a three-day festival that “creates events and experiences that nourish the spirit, explore living artfully and authentically on earth, and transform culture in magical, joyous and healthy ways.”

Any Eugenian can cap off their long, strange trip both artfully and authentically at the Peace Columbarium for the low price of $995. 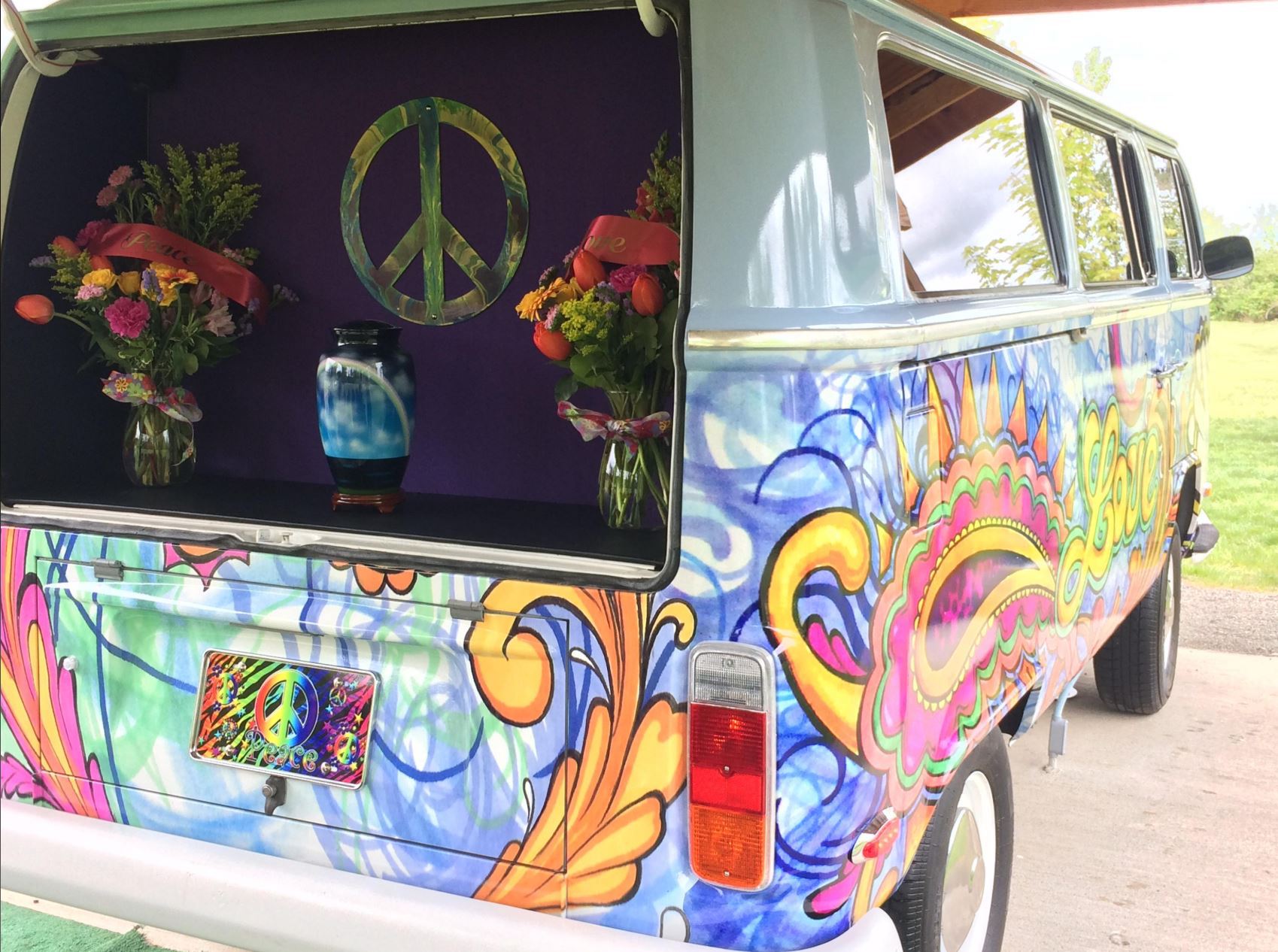