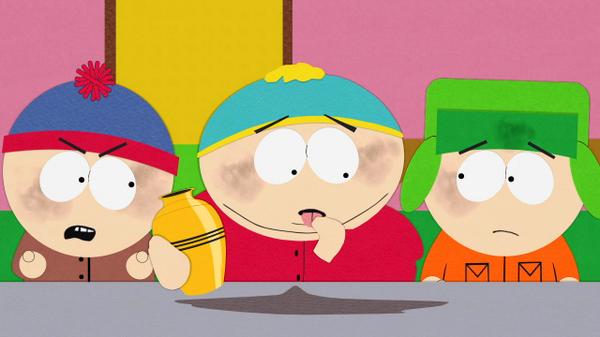 What do you do when you find your mother in her kitchen, chisel in hand, desperately trying to break off a chunk of your deceased father’s solidified eight-year-old cremains? You turn to the Internet to crowdsource less violent and traumatizing alternatives, of course. At least that’s what a 30-something Australian man did when this happened to him. 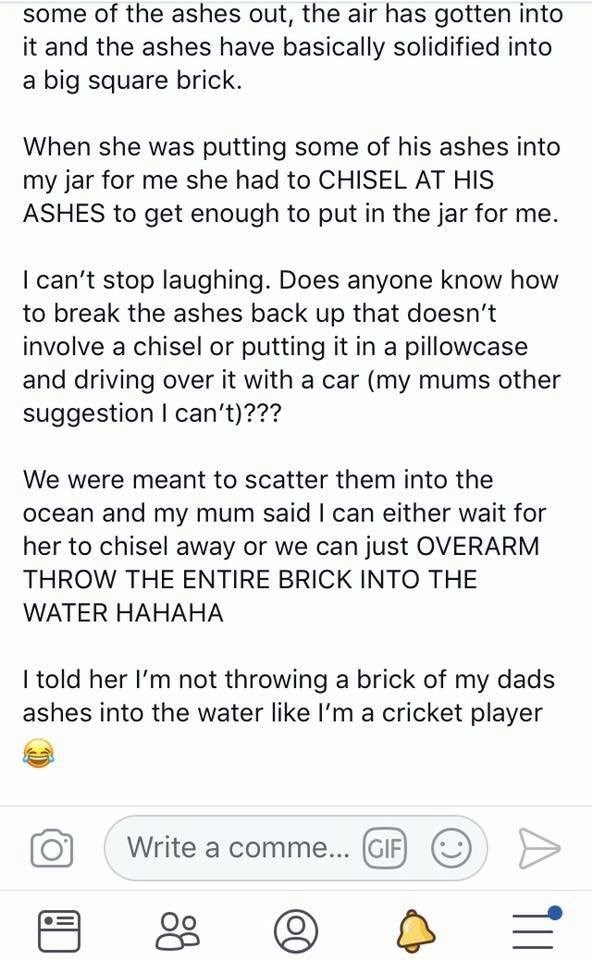 Luckily, the good old Internet did not disappoint. Suggestions ranged from weirdly educational… 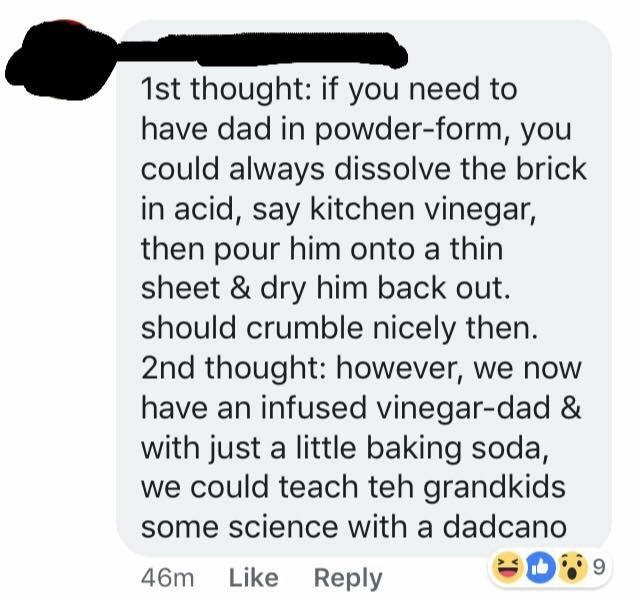 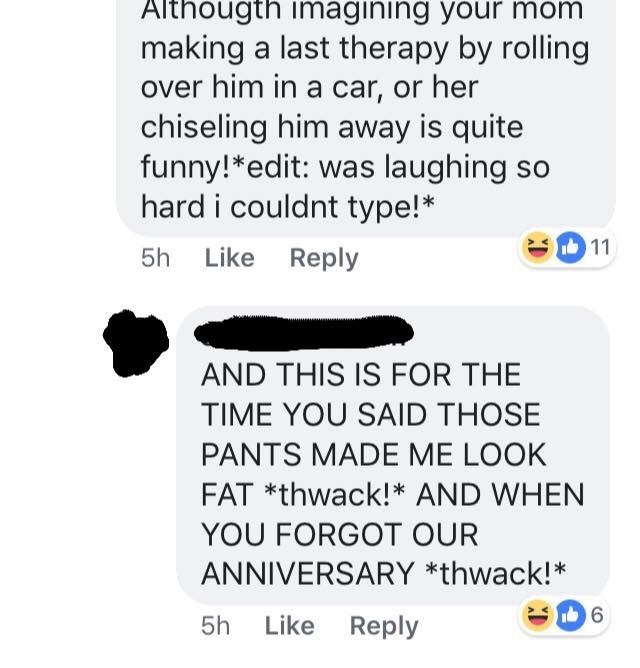 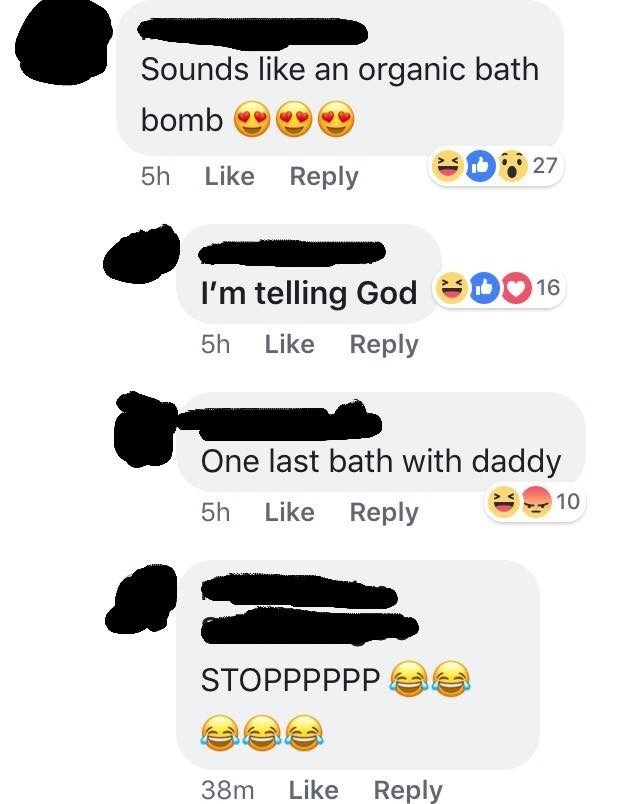 But to this young man’s credit, there’s really no good online source of information on the topic of solidified cremains. Trust me. I googled it. And in doing so, I came across some other interesting cremains-related questions that you probably never expected to be asked.

Q: Should you spread a loved ones ashes in the orchestra pit at the Met?

A: Probably not. When Roger Kaiser’s friend, mentor, and fellow opera lover Terry Turner passed away, Kaiser wanted to honor Turner by leaving some of Turner’s ashes around several of the pair’s favorite opera houses. However, when patrons at the Metropolitan Opera House observed Kaiser spreading a mysterious white, powdery substance in the orchestra pit during intermission, they reported him to Met security.

Suspecting that Kaiser was a terrorist spreading a deadly substance like anthrax, the Met called police, who responded with their counterterrorism unit. The remainder of the performance was cancelled, as was a later show. Kaiser, unaware of the controversy, had left the opera house house and headed home. Luckily, Kaiser had shared his intentions with some audience members, who told police his story about Turner, and no charges were filed.

Q: Can you roll cremains into a joint and smoke a loved one as a final tribute? 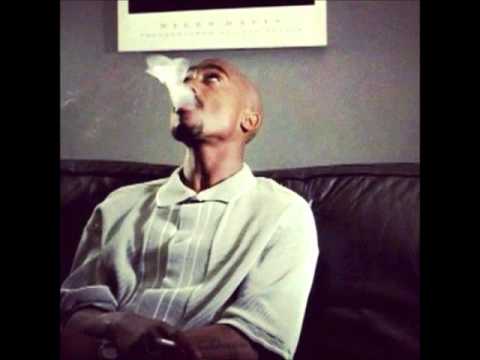 A: Can you? Yes. Should you? Maybe not, especially if you’re not supposed to be in possession of said cremains in the first place. But it happened. Somehow, members of the Outlawz, who were “running buddies” of the late Tupac Shakur, obtained some of Shakur’s ashes during a memorial service, unbeknownst to Shakur’s family members.

Claiming that Shakur had asked to be smoked in his song “Black Jesus,” where he says, “Last wishes, n****s smokin’ my ashes,” Pac’s friends gathered at the beach and “smoked him out.” According to Outlawz member Young Noble, the group “twisted up some of that great-granddaddy California kush and mixed the big homie with it, ya know what I mean?”

A spokesperson for the family denied that the family had any knowledge of this particular memorial service, saying that Shakur’s mother “would never participate in smoking her son.”

A: The jury’s still out, according to the similarly-titled discussion on Reddit’s “No Stupid Questions” feed. Some say yes, it’s cannibalism, but technically, isn’t that the same thing as breathing in other people’s atoms or dust in the air? Others avoid the question entirely and suggest baking ashes into cakes or cookies to avoid health issues. Surprisingly, no one mentions the danger of ingesting someone’s ashes after mistaking them for chocolate milk mix and that person’s consciousness taking over your own, ala Kenny and Cartman in the 2002 South Park episode “A Ladder to Heaven.”