For six long years death care professionals across the globe have been teased with the possibility of a LEGO funeral services set.

It was 2013 when Connecting Directors first encountered the LEGO funeral phenomenon at NFDA. Answering Service for Directors (ASD) offered a custom-crafted LEGO cemetery as a giveaway — one of the top two giveaways at the event, in our opinion. Alas, only a lucky few were chosen to receive this unique collectible.

Of course, as with every amazingly popular new invention, there were knock-offs, like these totally fake Barbie and LEGO funeral sets. 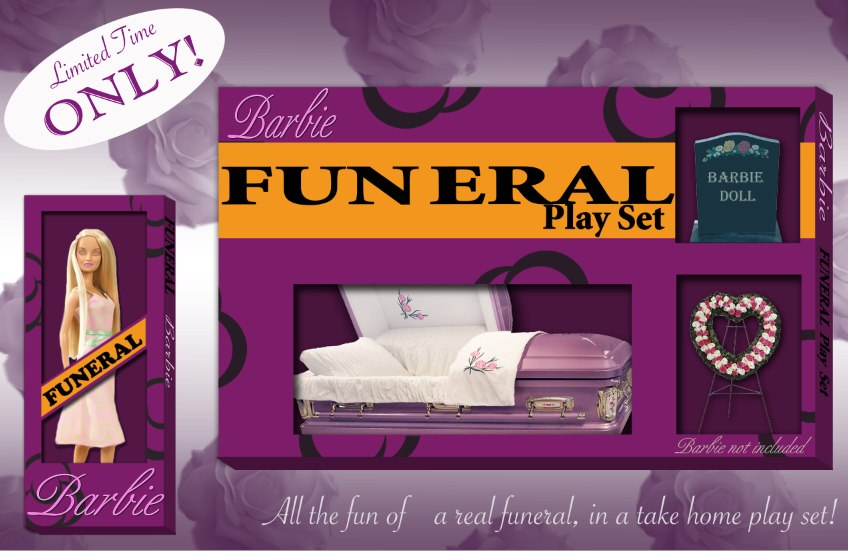 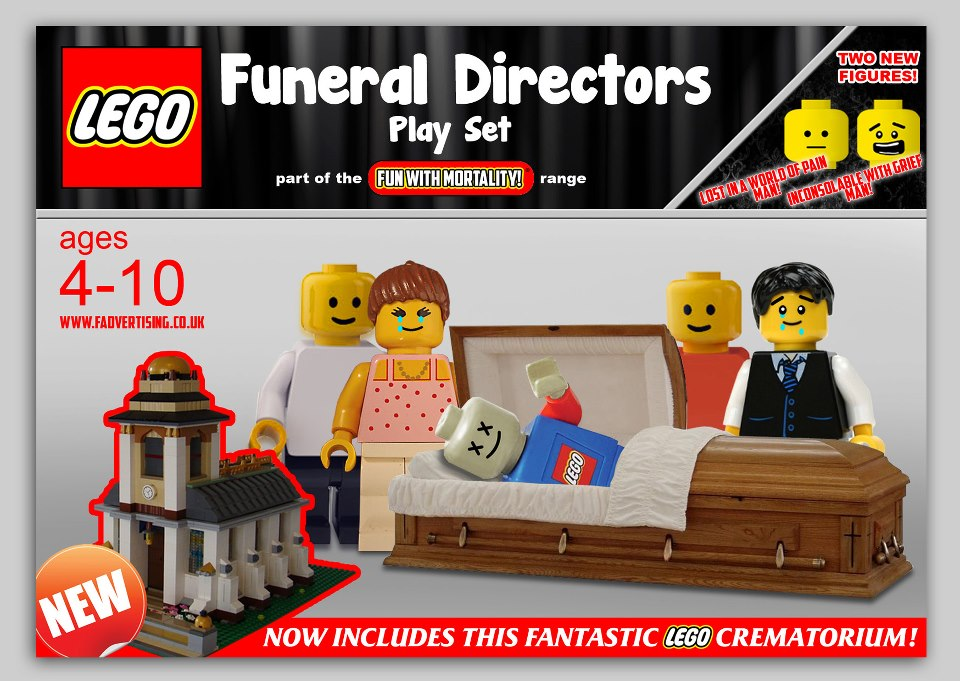 The next year, Caleb Wilde taunted us by posting a completely different LEGO cemetery on his Confessions of a Funeral Director Facebook page. Apparently a fan named Rachel had created a pretty awesome LEGO diorama depicting a memorial service her daughter held for a wild finch. 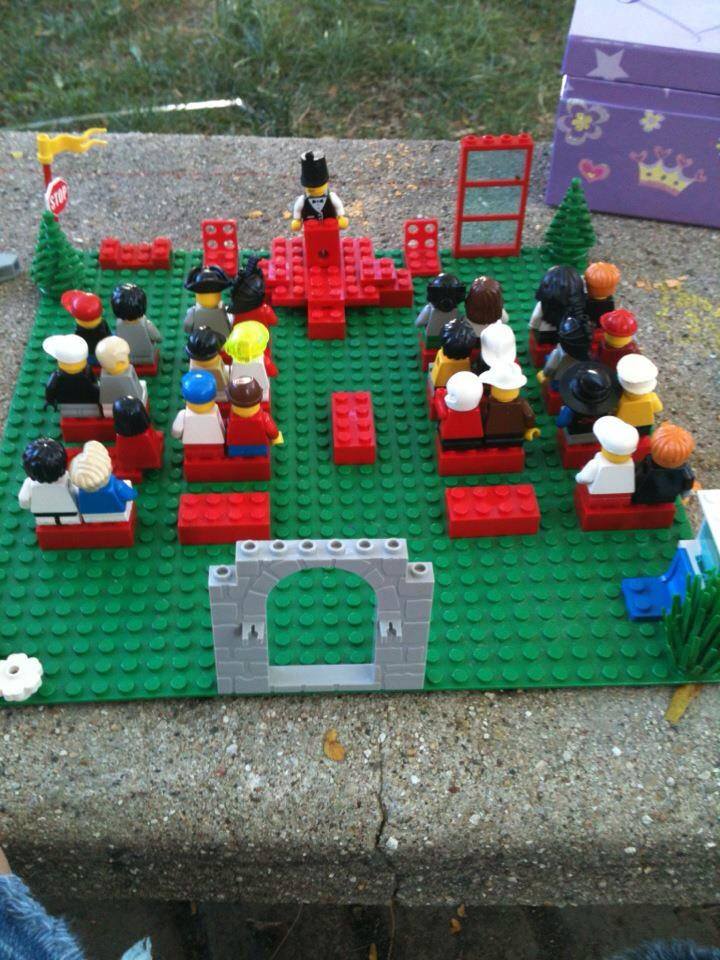 In 2015, ASD did it again, raffling off a lovely (and cleverly-branded) LEGO visitation vignette at NFDA.

It’s been four long years since anyone has attempted to top ASD’s feat, and that’s definitely four years too long. Well, we’re here to announce that the funeral-themed LEGO drought is finally over. In April the Vienna Funeral Museum introduced a plethora of disassembled death care LEGO sets, and there’s definitely something for everyone.

There’s the crematorium set, complete with a kind-of-creepy furnace operator who’s holding up an urn like he’s toasting the deceased. 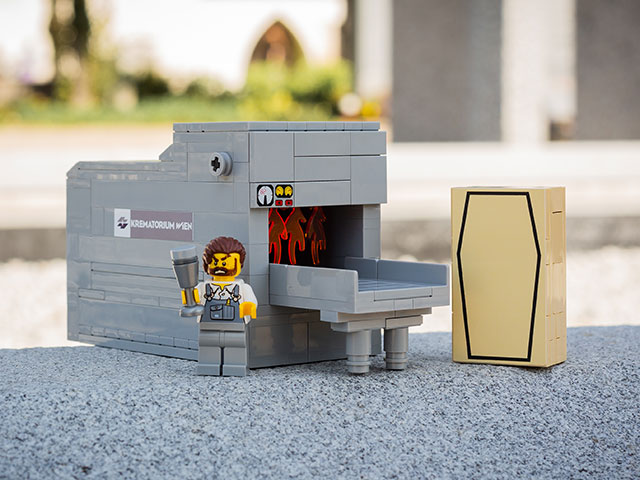 Then there’s the cemetery set, which includes a nice-sized plot and gravestone, a backhoe, and a coffin on a cart. 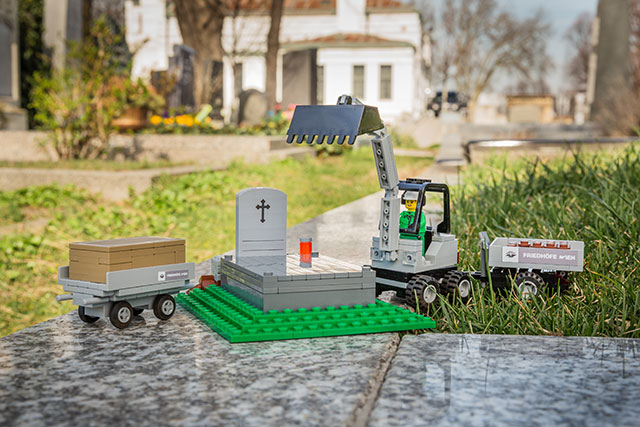 There’s a set with sad mourners, happy corpses, and even a skeleton.

The museum also paid homage to a “historic corpse tram” which “brought the deceased to the Vienna Central Cemetery on the line 71 in Vienna in the First World War, the interwar period and in World War II.” Two coffins and a “LEGO undertaker” are included. 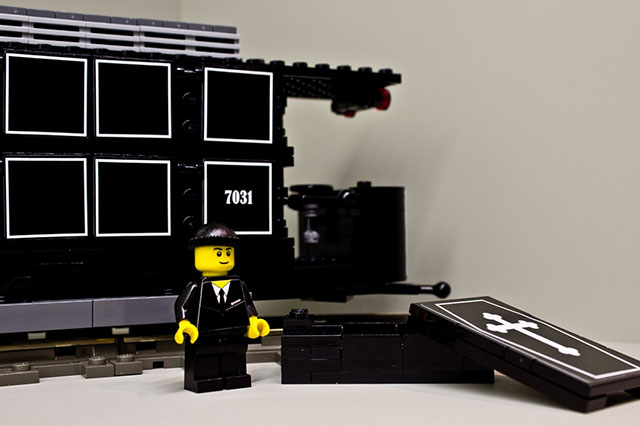 A vintage hearse and a horse-drawn “corpse carriage” round out the offerings, which range in price from about $33 to $126. 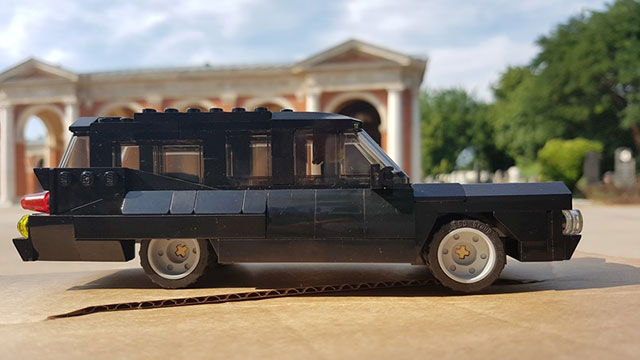 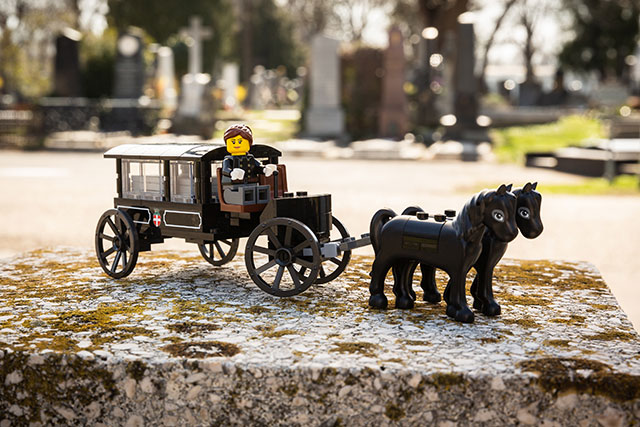 While plenty of adults would love to get their hands on these sets and build their very own death care dioramas, the folks in Vienna say they actually created these for children. The museum partnered with the Viannese Association of Psychotherapists to ensure that the “new products made of LEGO components were useful for children, and for parents with children, who were suffering from their loss,” a museum spokesperson told Bored Panda. “With these products, they can describe the process and the children can process their grief.”

The museum is located in Vienna’s 590-acre Central Cemetery, which is the final resting place for 330,000 souls, including Beethoven and Johann Strauss. The staff came up with the idea for the LEGO sets after fielding questions from visitors about how to handle grief and discuss the concept death with children.