Dead People Suck: Why It’s OK to Be the Kind of Guy Who Laughs at a Funeral 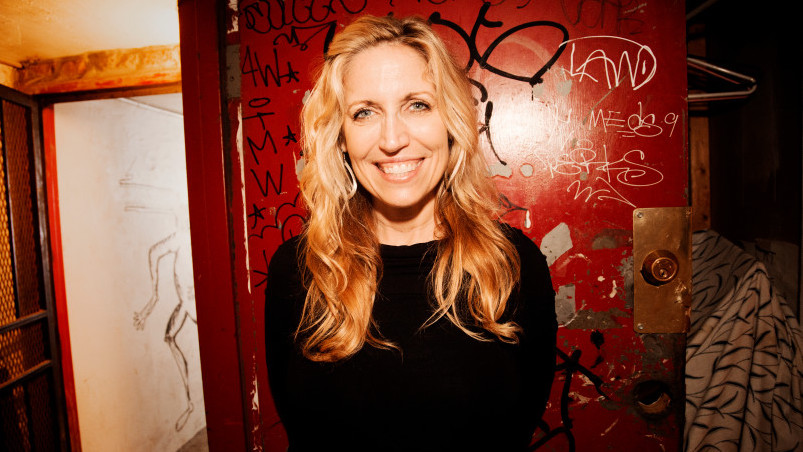 Dead People Suck: Why It’s OK to Be the Kind of Guy Who Laughs at a Funeral

If you remember the band Barenaked Ladies, you’ll probably recognize that part of the title of this article is a line from the chorus of their 1998 song “One Week.” The song’s really about a guy who gets into an argument with his girl but can’t help but think she’s funny when gets angry. There’s a lot more to it, of course (Chickity China, the Chinese chicken), but basically, the message is that the guy isn’t taking himself or life too seriously, and thinks it’s better to laugh than get mad or upset when bad things happen.

Laughing in the face of death

“In our culture death is treated as an embarrassing lifestyle choice,” she shared in a January 2019 episode of the “Long Before the End” podcast. “But a lot of people are talking about it. It’s becoming a more common topic.”

Kilmartin was featured on the podcast after one of the hosts, a recent cancer survivor, came across her book Dead People Suck, and found himself laughing out loud as he read it in his oncologist’s waiting room. His reaction — and subsequent guilt for his lol-ing — led to the podcast episode on the taboo of humor and death.

The podcast hosts found Kilmartin’s non-fiction book, which is subtitled A Guide for Survivors of the Newly Departed, “poignant, fresh, profound, and profane.” Among chapter titles like “WTF — My Dad Is Dead and [fill in the blank, I like Dick Cheney] Is Still Alive?” and “The Main Reason Your Kid is Crying Is He’s Excited Is He’s Excited to Get Grandpa’s iPad” is Kilmartin’s comedy-laced yet heartfelt story of her father’s nine-month battle with lung cancer and subsequent death in 2014. She covers everything from what to expect from hospice care (seeing your dad’s privates) to if it’s ok to spread your mother’s ashes on the lawn of her childhood home when the current homeowner is a stranger.

Kilmartin, who was nominated for an Emmy for her writing for the Conan show, posted a barrage of tweets throughout her dad’s illness. (Side note: One of those posts, “I’m so tired of waiting for old men to die,” set off alarm bells at Twitter and led to the temporary suspension of Kilmartin’s account.) Her tweets led not only to the Dead People Suck book, but also to Laurie’s stand-up special about “cancer and death, grief and loss. Plus dick jokes” entitled “45 Jokes About My Dead Dad.”

For Kilmartin, humor is a coping mechanism. And she’s not at all alone.

Flake, a self-described “cartoonist-writer-performer-teacher-illustrator” has produced a number of cartoons dealing with death and dying in a humorous way. One of her most memorable is a cartoon for The New Yorker featuring a mom and daughter standing in front of a Ouija board and the caption, “It’s like texting, but for dead people.”

“I think about death a lot, especially because I have a child,” said Flake. When asked how she learned to make death funny, she replied, “As a person who makes jokes, that’s how we all kind of address serious things. I’m pretty bad about addressing things head on. But I think humor without empathy is soulless. If there’s one thing I consider a creative ‘North Star’ is trying to keep a sense of empathy in what I do.”

Dealing with death through humor like Kilmartin and Flake isn’t a new phenomenon. In his article entitled “Laughing at Death,” author James Belarde describes death as “fertile ground for comedy.” He explains that the technical term for joking about death and dying, “gallows humor,” comes from the anecdotal last words of an infamous poisoner at his 1856 execution. “When examining the trapdoor he was to stand on for the hanging,” writes Belarde, “he reportedly asked the executioner ‘Are you sure it’s safe?’”

Gallows humor is for grown-ups

If you’re still on the fence about the appropriateness of humor in the discussion of death, consider these nuggets of knowledge from a 2018 article in Psychology Today:

Laughing in the face of death is not to be confused with the Laughing Death (Kuru) that is an incurable degenerative disorder in which people literally laugh themselves to death.

Psychology Today also advises that you shouldn’t worry too much about that last point. It only seems to afflict cannibals.