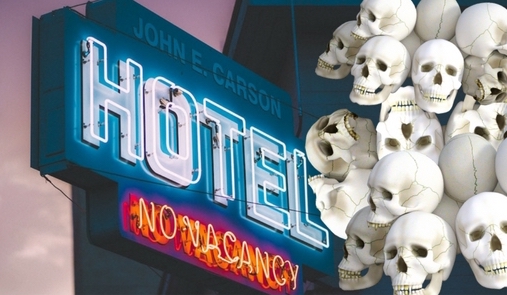 The variance of cremation prices and the mandatory General Price List disclosure rules set by the Federal Trade Commission are a hotly debated issue in the deathcare space. The rule feels like punishment for presumably unethical practices supposedly seen in the massive price differences from funeral home to funeral home. While the rule may be effective at cutting back on the occasional unscrupulous home altering prices customer-to-customer based on their economic status, it also paints publicly disclosed differences in price as unethical. And the debated issue is…. Is it unethical?

If we were to call every hotel in Washington, DC—the same city used in the FCA’s example—and we asked for a standard queen-sized room—wouldn’t we get a vast range of prices? Wouldn’t we also expect and want hotels to have different prices for the same type of room due to many different factors? It would be like comparing a queen-sized room in a 1-Star hotel to a queen sized room in a 4-Star hotel. There would absolutely be a price difference, a difference in service and quality—even though every room would have a queen-sized bed within it.

So what causes cremation prices to vary? One factor is the basic service fee which includes factors like time completing paperwork, organizing arrangements, and overhead. When determining the price for direct cremation, a provider’s basic service fee must be included. “It is not hard to imagine that the basic service fee could be, and typically is, different from business to business, Lemasters explains. “And it makes sense, as no business has the same overhead costs or employee costs for providing services.”

Although the basic service fee is a critical point in understanding how direct cremation is represented, it’s not the only factor. Tyler Yamasaki from Parting explains other factors that impact price:

We see a wide variance among funeral home basic service fees and direct cremation fees across the United States. We also see a variance between funeral home sizes, location, aesthetics, all of which explain why costs can be different.

Lemasters got intensely curious about his comparison to hotel pricing and decided to conduct a more formal study of his hypothesis. He gathered data in the Washington DC area about the variance in direct cremation prices and compared them relatively to the cost variance of  standard room hotel rates. Placing the results of his study side-by-side are enlightening.

“Pricing is not always the only factor a person uses in making a purchasing decision,” said Cole Imperi, part owner of Dead Ringers. “It goes back to the hotel analogy, some people choose a 1-Star room for the night while others might choose a 4-Star. Their reasons for doing so are all just as unique as the differences between the hotel room choices themselves.”

What does it all mean? Services and products in ANY service category are very different—and the consumer should have the option and right to decide what they are willing to pay. Consumer groups are questioning why direct cremation prices are different, and are representing to the consumer that all direct cremations are the same. The fact is that not all providers are equal—in any service category. The deathcare space is no different and, furthermore, customers dont want it to be. Because, let’s be honest, you would never find a millionaire caught dead in a Motel 6…