The Tombstone Hearse and Trike; Because Nobody Takes Pictures of Cadillacs or Lincolns 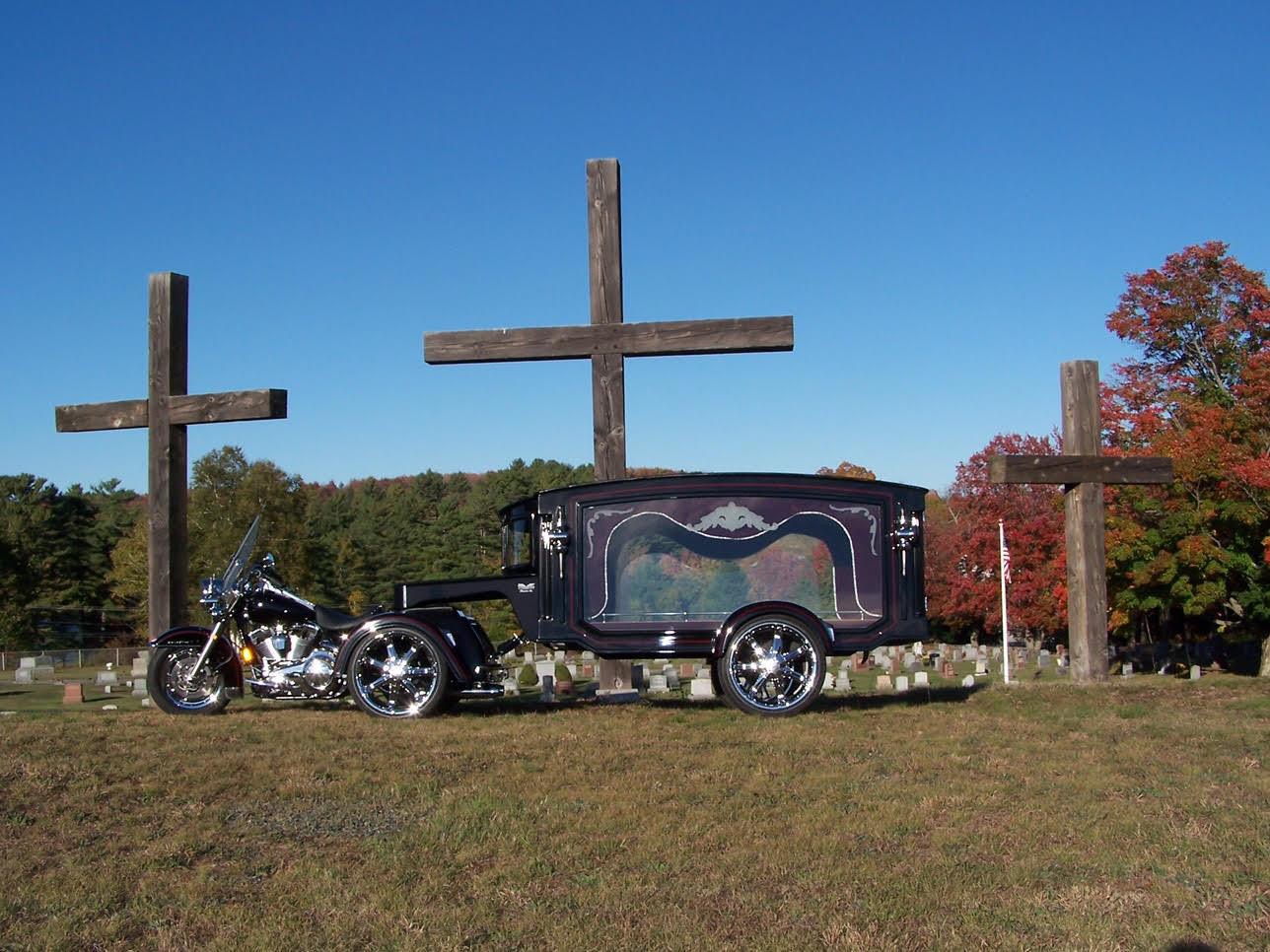 The Tombstone Hearse and Trike; Because Nobody Takes Pictures of Cadillacs or Lincolns

Imagine riding motorcycles your entire life only to be driven to your final resting place in a boring old hearse. To put it lightly, that would be quite a let down. Tombstone Hearse & Trike has spent over a decade perfecting motorcycle hearses to attract the huge population of motorcycle enthusiasts.

A funeral is about commemorating the life of a loved one. If every funeral was cookie cutter there would be no significant meaning behind having one. Tombstone Hearse & Trike has taken such a huge step forward in customizing funeral services. Since 2002, this innovative business has been designing tripod-motorcycle hearses to sell to funeral homes for private use.

According to the United States Department of Transportation, there are over 8 million registered motorcycles. That is such a large population that was previously excluded in the funeral profession. This type of service will attract so much attention to your funeral home. How many funeral homes do you know that have a hearse like this?

“I did a service outside of Tampa, Florida where we did a memorial ride that the guys three ex-wives paid for the funeral! Our hearse plus about 275 people on 150 motorcycles went bar hopping with the deceased.”

I’m sure that’s a service Jack will never forget and that’s what this company is all about–
creating a service that will be remembered forever. This is such a unique way to honor a loved one that made motorcycles such a big part of their lives. This would be an investment that will pay for itself hundreds of times over for any funeral home. Jack puts it perfectly, “We help funeral homes gain exposure; nobody takes pictures of Cadillac’s or Lincolns.”