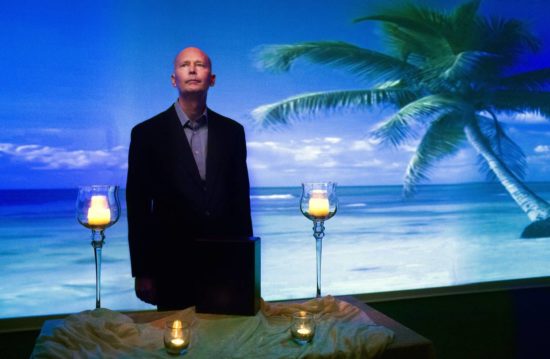 As more Americans choose cremation—often dispensing with the need for caskets, burial plots and dreary rituals—the funeral industry is reinventing itself. The goal: stay relevant and avoid a plunge in profit.

That can mean elaborate pageantry. “We don’t call it a funeral service,” said Brad Rex,chief executive of Foundation Partners Group, which owns 50 funeral homes and nine cemeteries in 14 states. “We call it a gathering.”

Most of Foundation’s homes have a “multisensory experience room,” said Mr. Rex, who previously ran Walt Disney Co.’s Epcot theme park in Orlando. Using audio and video equipment, the experience rooms can create the atmosphere of a golf course, complete with the scent of newly mowed grass, to salute the life of a golfing fanatic. Or it can conjure up a beach, mountain or football stadium. The price is included in the company’s funeral-service fees, typically ranging from $4,000 to $8,000, Mr. Rex said.

Many funeral homes are eliminating casket-viewing rooms, considered depressing. Instead, customers view service and merchandise options on flat screens, “just like if you shop on Amazon,” Mr. Rex said.

Another strategy is to apply more salesmanship to people seeking a basic $700 cremation. Service Corp.’s salespeople ask those customers to think about what will happen to the ashes.

“Because you can either get them back in what looks like a Chinese food container, or we can have something very respectful and nice; that’s an urn that may be $400 or $500, but it’s beautiful and you can put it on the mantel,” Mr. Ryan, the CEO, said in a recent investor presentation.

Another possible add-on costing $300 to $400: insurance in case you die away from home and your body needs to be shipped.

As baby boomers age, the number of deaths in the U.S. is projected to rise to about 3.6 million in 2036 from 2.7 million this year. But that doesn’t mean a surge in casket sales: About half of U.S. deaths this year are expected to result in cremation, up from less than 10% in 1980. The proportion will keep rising and should top 70% by 2030, according to the National Funeral Directors Association.