A Beeping Day in the Funeral Business 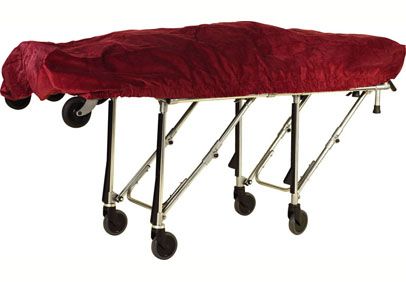 A Beeping Day in the Funeral Business

It was late summer.  I had worked a 70 hour week, capped off with a Saturday funeral that lasted (viewing to burial) 7 hours (most last 3 hours).

I got home at five, settled in by watching Penn State football and then my cell phone rang.

“Caleb,” it was my grandfather’s voice, “we have a call at Such and Such Nursing Home.”

I grabbed my suit, put it back on, drove to the funeral home, loaded the collapsible stretcher into the hearse and off I went to Such and Such.

I pull up to the front door of the nursing home.  A new nurse greets me and tells me she doesn’t want me “dragging the body through her wing.”

Too tired to persuade her with a smile, I jump back into the hearse, drive around to the other wing, and as I pull up there’s a younger man wearing a Phillies shirt, maybe a little older than me sitting in his electric wheel chair.  As I get out, I try to cut the I’m-a-funeral-director-here-to-pick-up-a-dead-person awkwardness by striking up a conversation.  I can tell rather quickly that he’s not a visitor.  He – the not so older than me person of the wheel chair – is a patient.

His speech is slurred and slowed, but his mind’s still working as he jokes with me about the choking Phillies.  And as we converse, I try to open the door to the nursing home but it’s locked, which kinda upsets me cause as I peer through the door I notice there’s no one around.  No one.

The anger that starts rushing through my arteries is slowly abated by a “I dot da toad for da door.”  He gives me the passcode and I give him a “See ya later” as I expect him to be gone when I come back.

But 45 minutes later he’s still there.

Alone.  He’s a little older than me.

I open the door and park the collapsible stretcher on the porch as I open the door on the hearse and he says, “So, you dedided to go intu da bisiness, Caleb?”

A question with an obvious answer, but it wasn’t meant to be answered … it was meant for awareness.

There was only one person I knew who was wheelchair bound that was my age.

In college one of my friends got drunk with one of his buddies, drove his sports car, wrecked it, but not before throwing his buddy/passanger out of the vehicle, paralyzing this guy and causing damage to his speech capacity.

“Eddie,” I said.  “I remember you.”  Which was the answer he was looking for.

And then I continued with some bitching and moaning about working 80 hours this past week, which comes so naturally at times that I was able to hold my own private conversation inside my head, thinking, “How ungrateful am I complaining about working when this guy sits all day, mostly paralyzed.”

I can sometimes do two things at once.  Rarely can I do three.

But here I tried: I was talking to him, trying to think about what his life’s like and then, for honor’s sake, I started to load the body into the hearse.  And it wouldn’t go.

Somehow when I had pushed the third time I must have squeezed the panic button on the keyless entry device in my hand and had begun to ruin the quit peace of the Such and Such Nursing Home.

It was so loud!

I hit the panic button again thinking that would stop it.  Nope.  Tried the “unlock” button.  Nope.  And it was here I tried the fourth time to get the stretcher into the van to no avail.  Dilemma.  I thought, “If I start the car, it will probably stop … but if I start the car, I have to leave the stretcher hanging out the back of the hearse.”  But I had no choice.

We were sitting on the top of a hill and the worst case scenario was running through my head … a scenario that – if it had happened – I wouldn’t be telling it here, on my blog.  But the fear of losing a stretcher down a forty foot hill with a decent sloop scared me enough to try and secure it.  I then ran to the driver seat, turned the key … nope.

So I quick get out and go back to attending the stretcher all the while I’m expecting a nurse or supervisor to come out and rip into me.

For some reason I hit the panic button again and while the alarm goes off, in place of it I hear this loud, almost barking kind of a noise coming from the wheelchair: “Arf! Arf! Arf!”

Jackson’s barely able to suck in air as he lets out his massive belly laughs one loud yelp at a time.  He finally gets his breath, I finally get the body in the hearse and he starts yelling, “I wish (gasps for air) I tad a camera (sucks in another deep breath) I’d put dat on (deeeeep breath) dootube!”

I had made his day … maybe his week.

The beeping crescendo of my awful week was the laughing pinnacle of his.

And his laughter somehow made all the problems of my week fade away.