Controversial Custom Casket Store Could Be Getting A Reality Show? 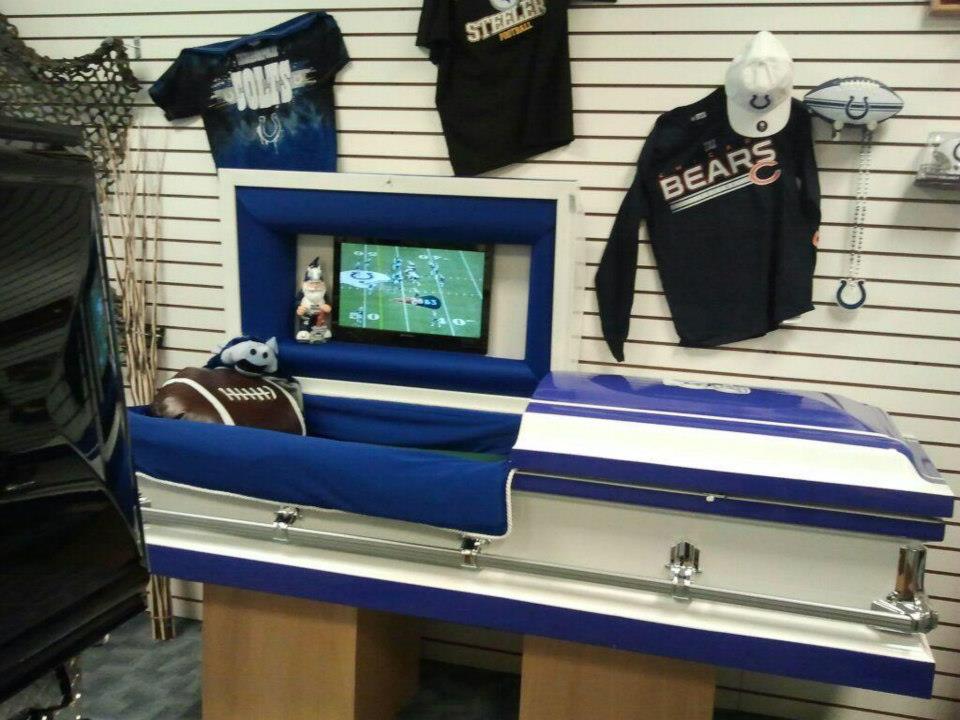 Controversial Custom Casket Store Could Be Getting A Reality Show?

I met Nathan and Traci, owners of Til We Meet Again, in March of 2010. We have had a great friendship since which has allowed me to get inside access to what their growth plans were.

They have had a continual fight with funeral professionals, who view them as a threat, and shopping mall property owners who are making it difficult for TWMA franchises to open.

It is baffling to me why funeral professionals are viewing TWMA as a threat. Funeral service should be embracing what TWMA is doing. Funeral homes should be partnering with TWMA to provide their client families with a completely custom experience, heck if I had a funeral home I would be buying a TWMA franchise (there are a ton of possibilities here for the funeral home, but thats another conversation).

Moving on, Til We Meet Again, because of the personality dynamic between Traci and Nathan as well as the amazing custom caskets they are creating, have been contacted by a number of production companies who want to create a reality show about the store. TWMA has been pretty tight lipped about this possibility until Thursday.

Late Thursday afternoon they posted the following to their Facebook Timeline:

As some of you know we have received a lot of interest from the world of reality television. We have had a few different production companies come out to film us and now we are able to put one of the ‘sizzle’ reels on here to share with all of you (feel free to send it on to others!)

Let us know what you think…..are we made for TV or what?!

Here is the “sizzle” reel:

What do you think; could Til We Meet Again be the next “Duck Dynasty”?