Dr. Wolfelt: Listen to the Music of the Past, to Dance into the Future 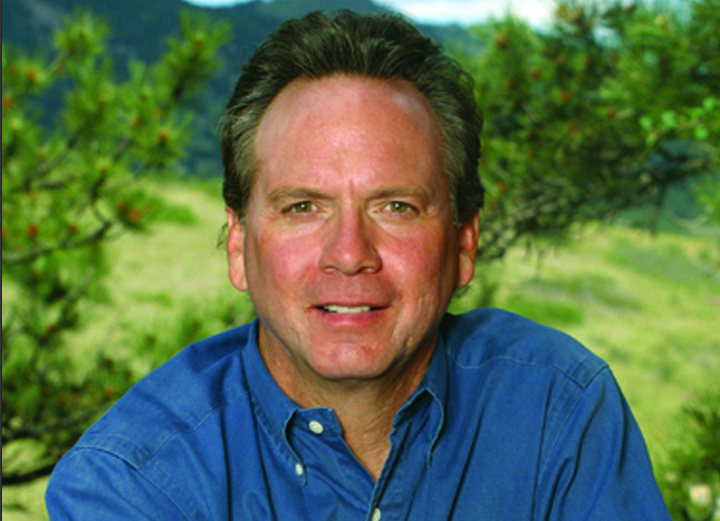 Dr. Wolfelt: Listen to the Music of the Past, to Dance into the Future

“A well-planned funeral also helps you know ‘what to do’ when you do not know what to do.” – Dr. Alan D. Wolfelt, from Understanding Your Grief

To listen to him speak, Dr. Alan D. Wolfelt is soft-spoken. His words are precise. He doesn’t fumble or stutter or trip over his sentences. He tells anecdotes with precision and when he speaks about grief and mourning, he’s sincere, empathetic and adversely passionate… particularly when it comes to how our society, western culture, has slowly converted into a mourning-avoiding culture, a culture that attempts to think of death as optional. Funeral professionals recognize this as over the last two decades people have been steering away from traditional funeral services. Dr. Wolfelt recognizes this as people mask their feelings – condemning their emotions, pretending pain does not exist and disconnecting from their authentic transcendence in what he calls the cocooning phenomenon.

How does Dr. Wolfelt know this? Over the course of his career, he has grown to become one of the most prominent gurus of the funeral industry. His name has become synonymous with grief and mourning, and professionals of the funeral industry community have turned to his teachings… but not just funeral professionals. During his seminars, audience attendees range in age, in gender – men and women, young and old and many of them have experienced loss.

It’s understandable to see why he’s as influential as he is. He’s written best-selling books on the topic of grief and mourning. He’s taught training courses for bereavement caregivers at The Center for Loss and Life Transition in Fort Collins, Colorado, where he serves as Director, and he’s presented workshops across the world to grieving families, hospices, clergy, caregivers and funeral home staff, but it’s his firm passion in expelling the myths surrounding grief and mourning that have made him influential.

As Dr. Wolfelt said, “I write from my heart, not just my head. Grief is from the heart.”

The thing with Dr. Wolfelt – the thing that makes him such an influential advocate for grief and mourning is he understands the importance for it and the role funeral services play in helping the transcendence to healing. Like many, Dr. Wolfelt isn’t a stranger to death and the reciprocations a loss brings. At 14, his best friend died of leukaemia. The following year, his grandmothers passed away. By 16, the young man, who had plans to become an architect, wrote a mission statement to help those experiencing grief and mourning, and soon opened The Center for Loss and Life Transition.

As Dr. Wolfelt explains, grief and mourning have, for sometime now, become more and more suppressed. Unlike the times of Victorian era mourning, which saw elaborate rituals of commemoration for the dead as a customary norm, western mourning has become extrinsic – something Dr. Wolfelt points out when describing the significant amount of misconceptions surrounding these two emotional outsources.

Grief, as Dr. Wolfelt explained, is “an internal response to loss.” When a loved one dies, we are faced with grief, an emotional anguish that can take a physical, cognitive, emotional, social and spiritual toll on people. The problem is, society has taken on a cocooning phenomenon toward grief, in which we close ourselves off and repress our feelings.

“Feelings have one ambition,” Dr. Wolfelt said, “To be felt.”

And just as grieving is the internal response to loss, mourning is the outward, shared social response to loss. It is a means of making our emotions tangible, recognizable and meaningful, just as the funeral ritual plays a similar role in helping the transitional ease in expressing these feelings.

“The funeral ritual does more than acknowledge the death of someone loved,” Dr. Wolfelt wrote in his 2003 book,Understanding Your Grief: Ten Essential Touchstones for Finding Hope and Healing Your Heart. “It helps provide you with the support of caring people. More important, the funeral is a way for you to mourn.”

“The ritual offers you an opportunity to remember the person who died and helps to affirm the value of the life that was lived.”

In fact, Dr. Wolfelt has even outlined a hierarchy of the purpose of funerals by identifying six important factors for the ritual that include: Transcendence, in which funerals help us embrace the wonder of life and death;Meaning, in which funerals mark the significance of the life that was lived, and further provides us with meaning and purpose in our continued living; Expression, in which funerals allow us to express our inner thoughts and feelings about life and death; Support, where upon funerals bring together a collective group who care for one another in a secure atmosphere that promotes love and support; Recall, where upon funerals encourage us to remember the person who died and share our unique memories of them with others; and Reality, in which funerals help us begin to truly acknowledge the reality that someone in our life has died.

However, over the last two decades, funeral services have been on a decline. There has been a cognitive dissonance – a kind of conflicting discomfort toward the funeral ritual and in turn, that of grief and mourning. Just as Aesop wrote of The Fox and the Grapes, in which the fox sees high hanging grapes and wishes to eat them, but is unable to reach them and decides the grapes aren’t worth eating, society has come to view funerals in much the same way. For some, it’s the belief that when we are dead, why would we need a funeral when we will not be there? For others, it could be that someone has died, we feel saddened by the loss, but they are gone, so we should move away from our sorrow.

The way that Dr. Wolfelt explains it, is that grief and mourning are about the capacity to experience change and movement; to reach the other side by going through, rather than around; by not avoiding but by understanding and accepting that grief and mourning are who you are and that it is not only acceptable but therapeutic to cry and to commemorate our loss through rituals.

As Dr. Wolfelt wrote, “Rich in history and rife with symbolism, the funeral ceremony helps us acknowledge the reality of death, gives testimony to the life of the deceased, encourages the expression of grief in a way consistent with the culture’s values, provides support to mourners, allows for the embracing of faith and beliefs about life and death, and offers continuity and hope for the living.”

While there is an indisputable shift in the perceptions of funerals, Dr. Wolfelt wrote in Understanding Your Grief, “A meaningful funeral is really a good beginning, not, as you may have heard, closure or the end. You deserve a meaningful ceremony and so does the person who died.”

Dr. Alan D. Wolfelt is recognized across North America as an author, educator and grief counsellor, who is perhaps best known for his model ofcompanioning versus treating mourners. He is the founder and Director of theCenter for Loss and Life Transitionand for over the last three decades, has been presenting educational workshops annually for hospices, hospitals, schools, universities, funeral homes and community groups, and has been featured on The Oprah Winfrey Show, The Larry King Live Show and the NBC Today Show, among others.