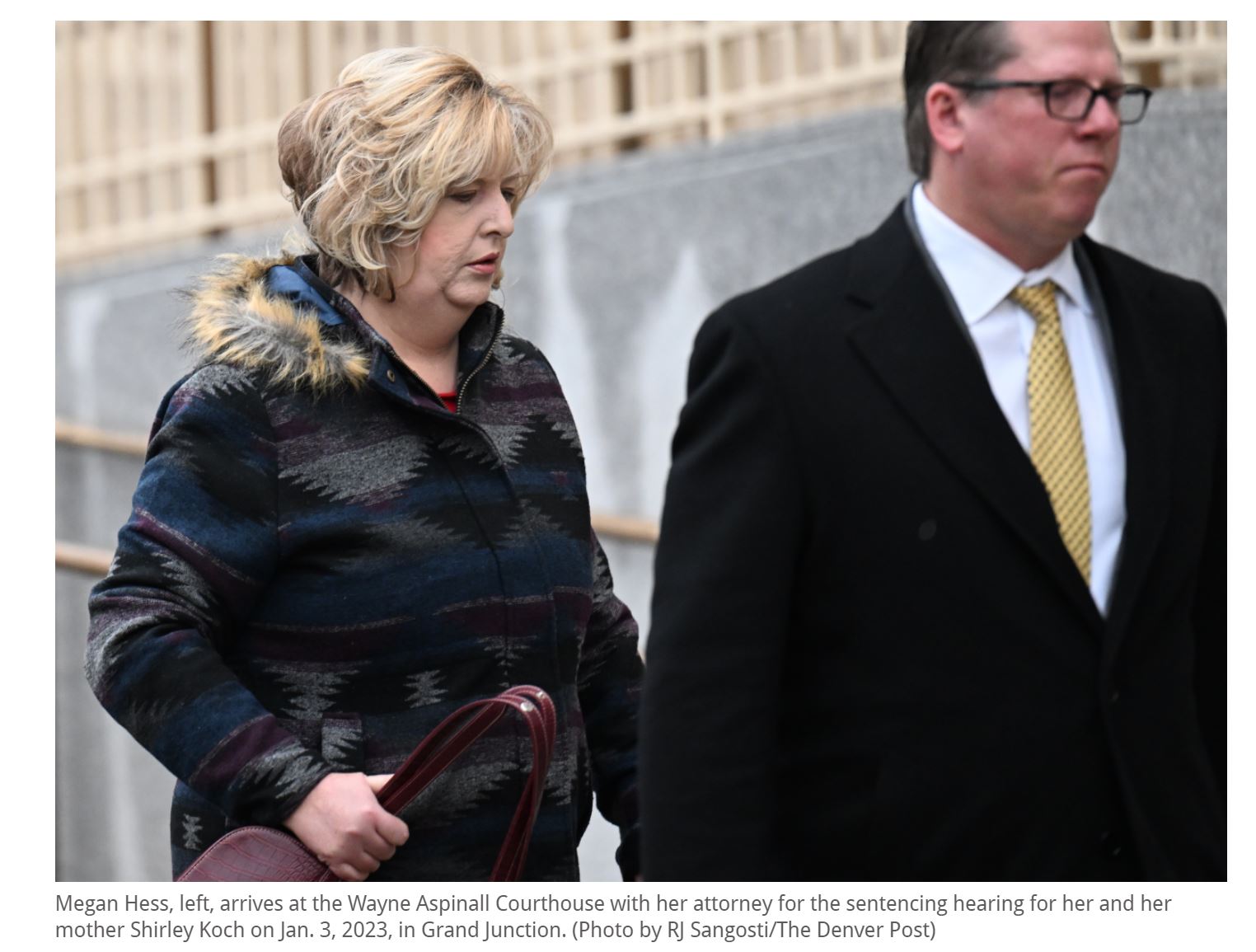 The two owners of the now-infamous Sunset Mesa Funeral Directors in Montrose, Colorado received their respective prison sentences on Tuesday, January 3, 2023, and for some victims of their body-part selling scheme, it still wasn’t punishment enough.

“Maybe just throw them in the wilderness,” said Ann Holland, whose husband was dismembered by the defendants without her consent.

Sunset Mesa owner Megan Hess, 48, who pleaded guilty to one count of mail fraud and aiding and abetting, admitted to stealing bodies or parts of bodies from hundreds of victims from 2010 to 2018. She then sold the remains in a body broker service scheme. Hess was sentenced to 20 years in federal prison.

Hess’ mother, Shirley Koch,69, also pleaded guilty to one count of mail fraud and aiding and abetting, and was sentenced to 15 years in prison. Koch’s role at Sunset Mesa was meeting with families seeking cremation services.

According to court documents, in most cases Koch and her daughter either never mentioned nor discussed authorization for body donation or the services were refused. If a family did agree to donation, the women often sold more of the remains than the family had authorized.

The U.S. Attorney’s Office documents detailed other improprieties, including shipping body parts that tested positive for infectious diseases after certifying the bodies were disease-free. The practice violated Department of Transportation regulations about the transportation of hazardous materials.

Victims of Hess and Koch filled the courtroom on Tuesday while crowds gathered outside with signs demanding justice for the atrocities. Some spoke to the press about their experiences, which included receiving cremains which they now know didn’t belong to their loved ones. Others commented on the lack of remorse shown by the defendants.

“I did not feel any remorse from either one of them,” Joy Christian, Holland’s daughter, told a local outlet. “I’m a Christian and I believe in forgiveness and I was willing to give that to them in the courthouse. But I won’t forget, it’s been a terrible, terrible trauma to the entire family.”

In addition to the prison terms, Hess and Koch face multiple $250,000 fines and have been named in seven lawsuits totalling millions of dollars. In pre-sentencing statements, however, the women’s attorneys argued that they “didn’t get rich” from the scheme, saying that Hess “drives a 16-year-old car and is deep in debt.”

Still, Tuesday’s sentencing is in many ways an end to the five-year-long ordeal faced by the victim’s families. Suspicions about the fate of their loved ones is what kicked off the 2018 investigation by Reuters news agency that eventually led to Hess’ and Koch’s arrest in 2020. The case also led to new laws requiring stricter oversight of Colorado deathcare facilities and harsher penalties for infractions.