Markus Zusak’s The Book Thief: Death With a Capital ‘D’ 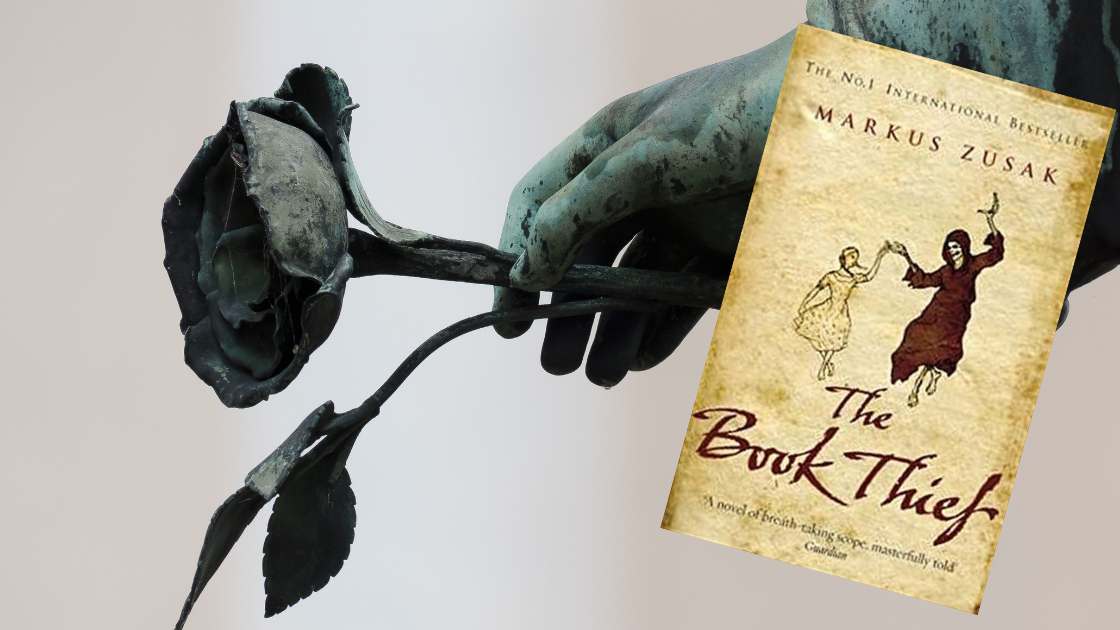 Markus Zusak’s The Book Thief: Death With a Capital ‘D’

We’d like to thank Mady Wilson for this piece on the complex roles of death in The Book Thief. Mady is a writer who holds a degree in Literature and recently joined the DISRUPT Media team.

Among many stories that captured my heart as a young reader was The Book Thief by Markus Zusak. There was something about this irreverent novel set in Nazi Germany in World War II that has been stuck in my mind since I read it at the tender age of thirteen. Was it the trauma that our young protagonist, Liesel, had to face? Was it the harsh realities of World War II—even on Germany’s own citizens? Or was it the omniscient narrator who was so frank and direct and also happened to be the voice of Death? All these things are true. Regardless, Zusak’s use of Death as a narrator is a way we can approach the concept of mortality in real life, even for young people.

Death as a children’s novel: Should kids read it?

Children’s literature about WWII is nothing new. Most children read The Diary of a Young Girl, (also known as The Diary of Anne Frank) in elementary school or middle school. In this case, death comes into play after the book ends as Anne dies after her last diary entry; in The Book Thief, death surrounds the reader, and we, in a way, befriend Death for five-hundred and fifty-two pages.

Academically, the book is suitable for children from 9-11 years old according to its Lexile measurement. Its page count takes a longer time to read than the average adolescent novel so it may require a more mature reader regardless of Lexile. There’s mild language as well as graphic images of the tolls of war. The book does not skimp on reality.

While writing from Liesel’s perspective, Zusak writes in a way that veils some adult themes. For example, at the beginning of the book, Liesel and her family were uprooted because her mother was labeled a communist in a Nazi-Party-dominated society. This fact is mentioned very briefly with Liesel only hearing snippets of adult conversations, reflecting how children may not wholly understand politics.

Aside from academics, if we want to continue to include children in funerals in meaningful ways, experiencing death in a fictional platform can help kids form their own conception of what death means and how they might feel in any of the character’s positions (though they are extreme positions).

Why is Liesel labeled The Book Thief by Death?

Simply put Liesel is called The Book Thief because she steals books. But Death explains that she steals books throughout the story to feel some kind of power over her situation. What was stolen from her—her brother, her mother—she steals back in the form of words. Eventually, the books she steals help her escape from trauma, and Death is surprised by her resiliency.

“As for the girl, there was a sudden desire to read it that she didn’t even attempt to understand….Whatever the reason, her hunger to read that book was as intense as any ten-year-old human could experience.” page 66

Literature has always been a form of escape for those facing trauma. We can find solace in writers and characters who have experienced similar pain. If one were to read this novel for Liesel’s storyline alone, regardless of Death’s point of view, they would be proud of what she overcomes.

Another reason The Book Thief stands out is how entertaining the language itself is. Zusak has a knack for using inventive synonyms for otherwise boring words to create sentences that feel three-dimensional. There are many statements, images, and descriptions that are hard to swallow, but it is because they are more real. One of Liesel’s biggest challenges of her story arc is the death of her younger brother at the beginning of the story. Zusak describes this loss as something visual or physical, contradicting the absence of that person.

Instead of simply saying that Liesel and her mother feel burdened by the loss of her brother, Zusak writes,

“Liesel was sure her mother carried the memory of [Liesel’s brother], slung over her shoulder. She dropped him. She saw his feet and legs and body slap the platform. How could that woman walk? How could she move? That’s the sort of thing I’ll never know, or comprehend—what humans are capable of.”

In another moment, as Death goes about his business, he shares that,

A chilling way to state his entrance, but also a compelling one especially when Death later reveals he doesn’t relish his job.

While witnessing the people of Liesel’s town gathering to watch a Nazi book burning, Death surmises that,

“I guess humans like to watch a little destruction. Sand castles, houses of cards, that’s where they begin. Their great skill is their capacity to escalate.”

The light amongst the sad truths of the WWII setting is that the story is painted with honesty rather than blasted with it.

Finally, Death as a character

Our narrator, Death, speaks in a dry tone. Contrary to the demonic, Halloween-washed idea of death one might have, The Book Thief’s Death takes no pleasure in his job. Throughout the story, Death tells his audience repeatedly that he has no love for war. Death empathizes with humans, though he doesn’t completely understand us, and eventually concludes that we are the haunting ones. This signifies to the reader that while the concept of death isn’t alien to us, we may never fully grasp it (if Death himself cannot fully grasp us).

While Death is telling Liesel’s story, he uses the literary device of Authorial Intrusion to speak directly to the reader outside the storyline. It appears in little paragraphs set aside from the regular page layout marked with asterisks and this is where Death shares information about himself. For example,

I do not carry a sickle or a scythe.

I only wear a hood and black robe when it’s cold.

And I don’t have those skull-like

facial features you seem to enjoy pinning on me from a distance. You

I’ll help you out. Find yourself

a mirror while I continue. page 307

However, we go back to our preconceived notions about what Death looks like. For example, the cover art on the UK’s 2007 adult first edition, illustrated by Trudy White, plays into stereotypes that the book tries to break. It features a girl in a white dress and braids holding hands with a skeletal figure dressed in a tattered black cloak.

To really appreciate Death as a round character readers have to disregard what we think we know.

Personally, The Book Thief is my favorite novel to date. And this is only a taste of the novel. The book is filled with examples of childhood PTSD, race relations, class issues, and more, that are balanced by being viewed through both transcendental and human lenses. Though there are fantasy aspects to the story, it will never compromise the honesty of death—the good, the bad, and the in between. The Book Thief proves that passionate relationships can be built during painful times and your found family can help you persevere anything—even death.