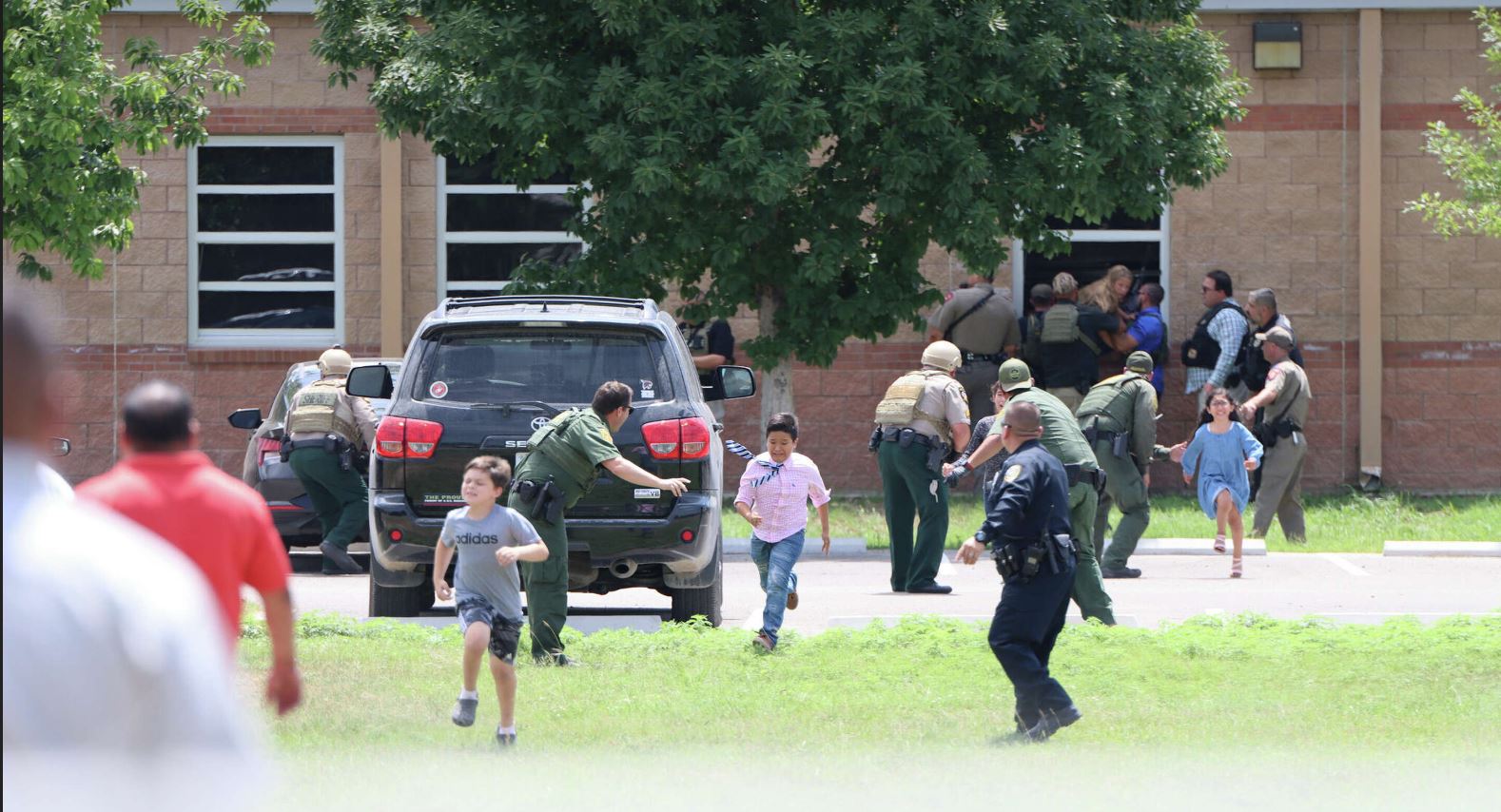 The mass shooting at a Uvalde, Texas elementary school on Tuesday, May 24 has left the nation stunned, angry, and mourning with the families of those 19 students and two teachers who lost their lives. Deathcare professionals can always be counted upon as pillars of strength and empathy when death impacts a community, no matter how much they themselves are grieving. In this instance, deathcare professionals in Uvalde and beyond have performed extraordinary acts of bravery in addition to their expected kindness and generosity.

Safety and shelter amid a storm of gunfire

Uvalde’s Hillcrest Memorial Funeral Home is located across the street from Robb Elementary School where the shooting took place. In fact, as The New York Times graphic below illustrates, Hillcrest is just steps away from the site where the gunman crashed his truck and in full view of the door through which the gunman entered the school.

The graphic also indicates that the gunman fired shots at people in the vicinity of the funeral home. According to The Times, two men at the funeral home heard the gunman’s truck crash and ran to help him. The gunman, though, exited the truck and began firing at the men, who ran back to the funeral home without being hit. The report doesn’t clarify whether the men were employees of the funeral home, attending a service there, or simply happened to be in the immediate area.

As events unfolded, the funeral home continued to play a significant role. A San Antonio, Texas news outlet reported on Thursday that Hillcrest Memorial Funeral Home employees opened their doors to usher to safety the children who were fleeing from the school. Along with a minister who arrived soon after hearing of the shooting, the Hillcrest employees comforted the children as best as they could until authorities secured the scene.

The students and teachers of Robb Elementary have long held a special place in the hearts of Hillcrest. On May 25, the funeral home shared photos on social media from a year ago, when they bought pizza for the entire school.

As the news reporter commented, the folks who are so good at taking care of the dead are pretty amazing at caring for the living, as well.

Services free to the families

Almost immediately after the shooting, Hillcrest Memorial Funeral Home announced they would provide funeral services for each of the victims at no charge to the families.

“We have fought together as a community and we will pull together as one now in our time of need. Hillcrest will be assisting families with NO COST for funerals for all involved in today’s horrific events. Prayer for our small amazing town. #UvaldeStrong,” Hillcrest wrote on their Facebook page.

Following Hillcrest’s lead, Rushing-Estes-Knowles Mortuary in Uvalde also announced free funeral services for the victims, as did Mission Park Funeral Chapels in San Antonio, which is about 80 miles east of Uvalde. As of Friday, May 27, no funeral arrangements had been shared for any of the victims.

On Thursday, May 26, more than 100 members of the Texas Funeral Directors Association (TFDA) were in Uvalde. According to a local news outlet, the TFDA assembled teams of funeral directors, counselors, and volunteers to help families with funeral arrangements, grief counseling, and any other needs.

“First and foremost our prayers are with the families, teachers, and community of Uvalde,” TFDA President Jimmy Lucas wrote on the organization’s website. “TFDA will be supporting both funeral homes through this tragic event.”

The announcement provides instructions for “all volunteers, product donations, skills and talent volunteering” to go through TFDA’s designated point of contact so that both Hillcrest and Rushing-Estes-Knowles can be kept up-to-date on what resources are available to them.

If you’d like to help, please contact Paul Beaty of the Texas Funeral Directors Association via email at paul@beatyfuneralhome.com or call 903-767-7019.

In addition, The Funeral Service Foundation has announced that it will deploy up to $50,000 in emergency assistance and grief support funding, and is now accepting donations for its Crisis Response Fund in the wake of the Uvalde shooting.

Cover photo by Pete Luna of the Uvalde Leader-News